Santo Remedio – literally meaning ‘holy remedy’ – originally opened in Shoreditch some five years ago to much acclaim and fanfare. Then, some pesky landlord issues forced them to move their whole operation down to London Bridge.

Well, at last they seem to have found the remedy. Because, half a decade on, they’ve finally opened up a second venue back in the neighbourhood where they lay down their roots to begin with.

This is Santo Remedio Café, a colourful little corner spot on Great Eastern Street. It’s not exactly huge (hence the ‘café’ label) but inside, it’s a perfectly lovely sea of wood & greenery, with an open kitchen doubling-up as a bar, and all of it wrapped up in vibrantly patterned mismatched wallpaper. 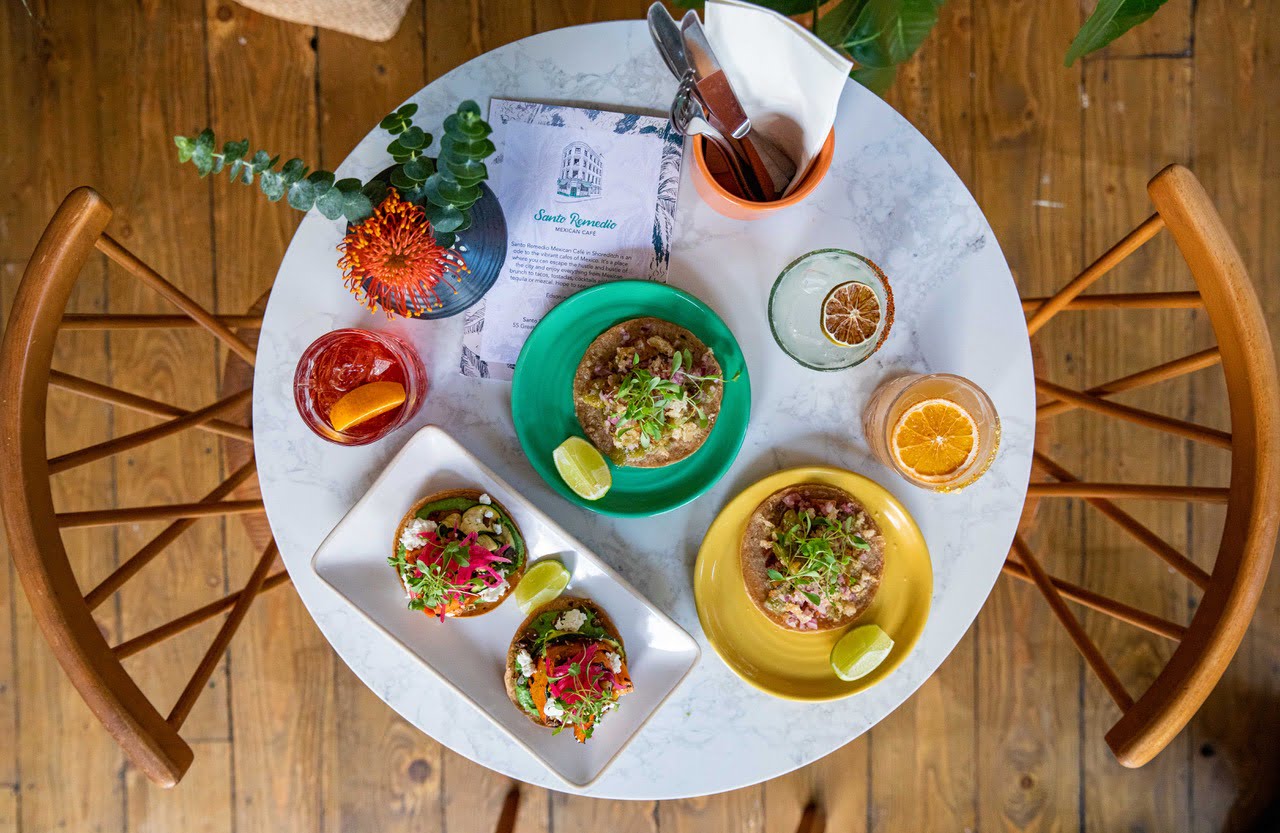 As with the South London mothership, the menu revolves around tacos, with a few other larger dishes thrown in for good measure. In terms of the former, you can expect melting pork belly, crispy soft shelled crab, and stuffed ‘Pasilla de Oaxaca’ chilli loaded onto their floury discs. Then, the latter sections of the menu include braised ox tongue with pumpkin seed sauce; prawn ceviche rojo (with bergamot, apple, and fennel); and a sweet finale of churros dipped in cajeta, a thick Mexican caramel sauce. 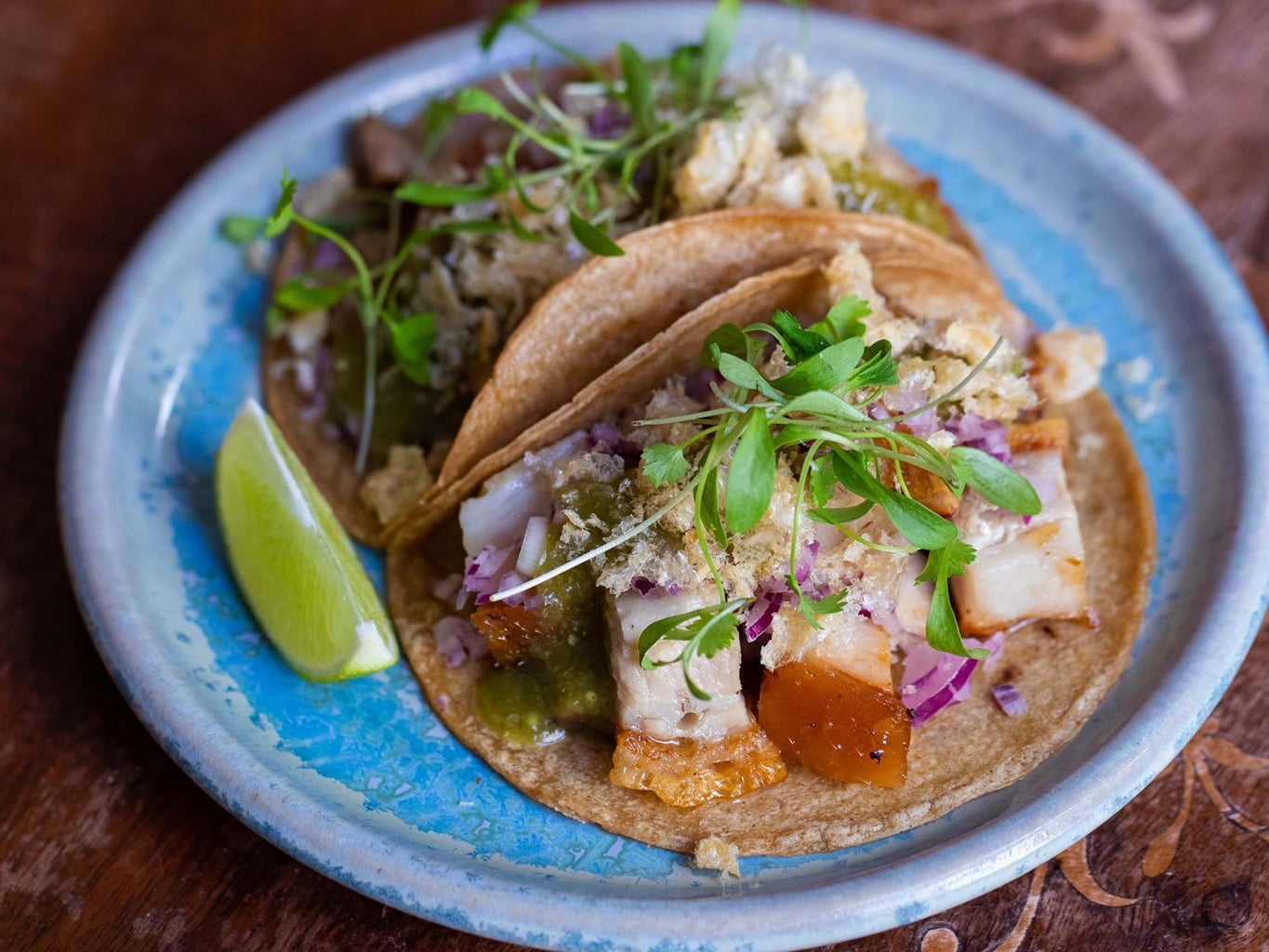 Dousing all of the spice is their long list of Mexican cocktails, which include highlights like their deeply smoky mezcal negroni, their refreshing hibiscus flower margarita, and their eyelid-prying El Rayo espresso martini, made from coffee, coffee tequila, and some aged tequila that’s been rested in ex-whisky casks for 7 months.

And if you can’t find a seat? Fear not, they have an extremely convenient takeaway hatch piercing the wall to grab tacos on the go from.

NOTE: Santo Remedio Café is open for dinner Wed-Sat, plus lunch on Fri & Sat. You can find out more, and book a table, right HERE.

Like Mexican food? Here are the best tacos in London…