As food halls go, Sessions has an interesting concept.

The aim of the operation is to put the spotlight on four of the city’s stand out independent chefs – taking them in, all under the same roof for 6 months, and equipping them with the means to gain a bit more exposure. Then, once their time is up, they’re released into the wild to fend for themselves, and a new quartet of up-and-comers are given their own session.

The group behind it first made a splash in Brighton with the seafront Shelter Hall and for round two they’ve found a bright, diner-style space on Islington’s Upper Street. Here’s the inside track on the first batch of residents:

Zoe’s Ghana Kitchen: Comes from Zoe Adjonyoh, whose name might ring a bell from her Ghanian pop up brand that’s travelled around town and her cookbook of the same name. Here, she’s once again serving up a love letter to her home country with modernised West African dishes that include jollof spiced fried chicken with shito mayo, grilled marinated lamb chops smothered in a groundnut sauce, spicy bean stew with deep fried plantain and a special platter that has it all (just in smaller sizes).

Norman’s: Breakfast champions over in North London, Richie Hayes & Elliott Kaye, have got the fry-up down to a fine art (see their Instagram for reference) and you can bear witness to some of duo’s caff classics here like a chip butty, cheeseburger or three types of bap (pork, omelette, bacon) with Norman’s brown or red sauce. It’s one for the early birds as it’s only open until 2pm each day. 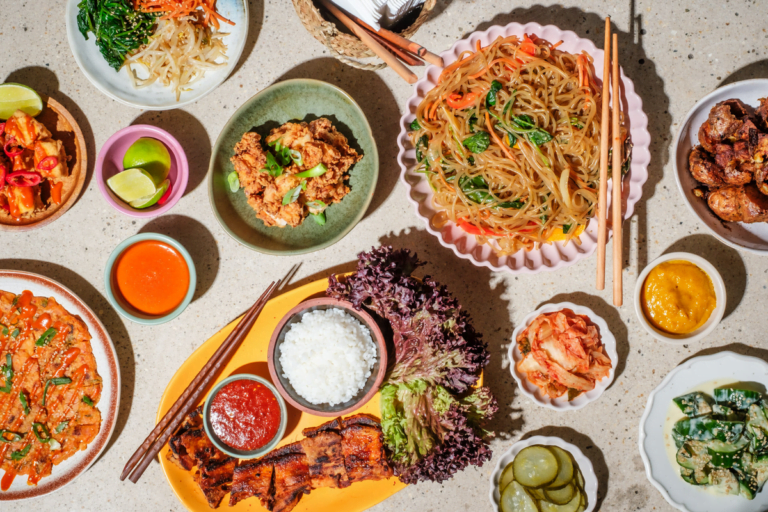 Tiger and Rabbit: Chef Jay Morjaria looks to a Korean folktale about an ungrateful tiger and a cheeky rabbit for his menu inspiration, all boiling down to dishes that take the form of kimchi fried rice, Ssambap and a beast of a buttermilk chicken burger layered with curry mayo, pickled cucumbers and kimchi.

Big Has: Big Has (real name Hasan Semay) generated a ton of buzz on YouTube for his ‘Sunday Sessions’ videos where he would film himself making mammoth barbecue meals in his backyard. You can see what all the fuss is about through halloumi and merguez sausage, atom (a meze of Turkish pulled yoghurt, brown butter and blanched chills on pide bread) and his statement shish featuring chicken wings, lamb kofta and lamb rump piled atop warm flatbread.

For those with appetites big enough to handle dessert afterwards, there’s two ice cream sandwiches on offer from Happy Endings (flavours being corn and cashew or miso salt caramel between slices of chocolate guinness cake). And for those who wish to add booze to the discussion, you’re well sorted with wines (including a few skin contacts from Puglia), craft RTD cocktails and a decent bunch of draught and canned beers.

All orders are carried out digitally through the Sessions app, which is easy-peasy to navigate.

The only tricky thing is deciding what to actually order…

NOTE: Sessions is open from 10am to midnight on Monday through Saturday (and 10am-11pm on Sunday). You can learn more about chefs and their menus on the Sessions website right HERE.

Want something with slower service? Here are the best restaurants in Islington..