Jokes aside, there is plenty to taco ’bout when it comes to Sonora Taquería; a hole-in-the-wall stall and mainstay resident at Netil Market, located midway between Bethnal Green and London Fields. Modest in size though it might be, the quaint-looking shed does not shy away from doling out flavour-kicking tacos and burritos.

Sonora, so called after the home state of co-owner Michelle Salazar, is a northern region in Mexico where the food is characterised by its beef-heavy dishes such as puchero, or cocido – a riff on a beef casserole cooked with chickpeas, sweetcorn, runner beans, squash, carrots, potato and cabbage – and Machaca con Verdura – dried beef macerated and seasoned with onion, tomato and green chilli.

Another key component of Norteño food, as you might expect, is the humble tortilla; specifically tortillas de harina, made with wheat rather than the more commonly used maize, which is combined with a healthy dollop of lard to give the dough a delectably chewy texture. 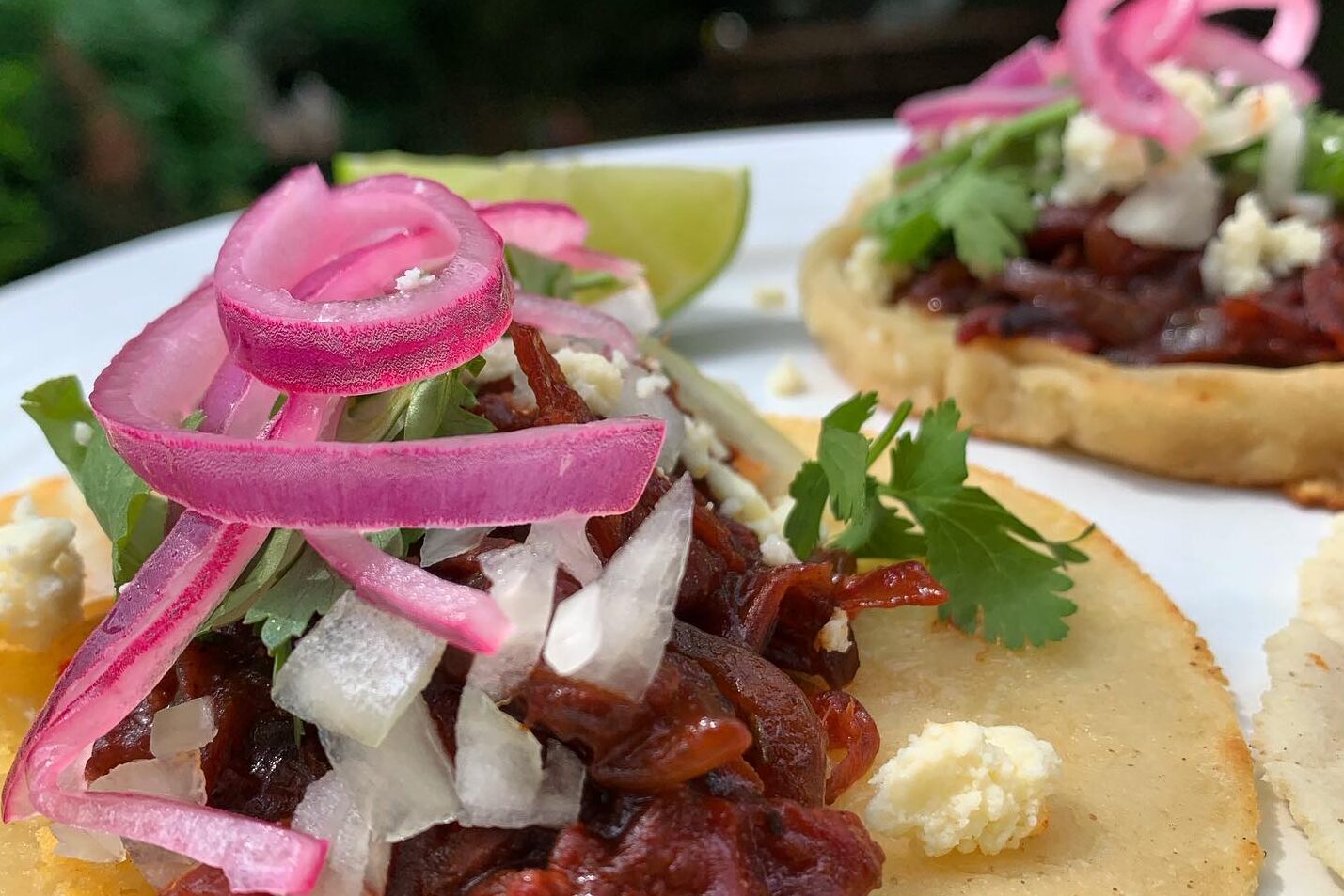 At Sonora Taquería, the dough is rolled into golf-ball sized morsels and then pressed into wafer-thin rounds. They’re then ready to be filled with your choice of barbacoa (a moreish stew of beef that’s slow-cooked with chipotle chillies and other tastebud-tingling spices); carne con chile, slow-cooked in a Colorado chilli sauce; or pulled beef and napales (cactus leaf). For taco-loving early birds, Sonora also has a breakfast taco on the menu which is guaranteed to jump-start your day, particularly with a dollop of piquant salsa added on top of its golden-yolked fried egg.

Not to be missed is the cheese crust extra: a layer of crisp, salty, almost tangy cheese that’s melted onto your tortilla and then layered with your choice of pico de gallo or more of that unctuous beef.

Our advice? Brave the queue (it’s worth the wait); order one of everything (don’t forget the cheese); then perch up on a bench in London Fields. Word to the wise: avoid wearing anything white, and load up on the napkins.

NOTE: Sonora Taquería is generally open Fri-Sun. You can check times, and find out more, HERE.