Sticks ‘N’ Sushi Greenwich is a lot like eating high-grade cuisine in an Ikea showroom.

And we mean that in the best possible way.

With their love of fish, design and minimalist philosophies, Scandinavian and Japanese cultures have a lot in common – and for brothers Jens and Kim Rahbek it’s even more accurate, for they share half Japanese/half Danish ancestry. Putting that to work they created Sticks ‘N’ Sushi, which offers up top notch sushi and yakitori in a thoroughly Scandinavian setting. After opening a couple of branches across the capital to great fanfare, they landed in Greenwich. And long may they stay.

The exposed bulbs, light wood, and open skylight here create a deconstructed log cabin feel, which is a perfectly understated backdrop for the food that will arrive on your plate. In fact, that open skylight is large enough, and deep enough to make the whole place almost feel like a large atrium, only one with the convenience of glass. 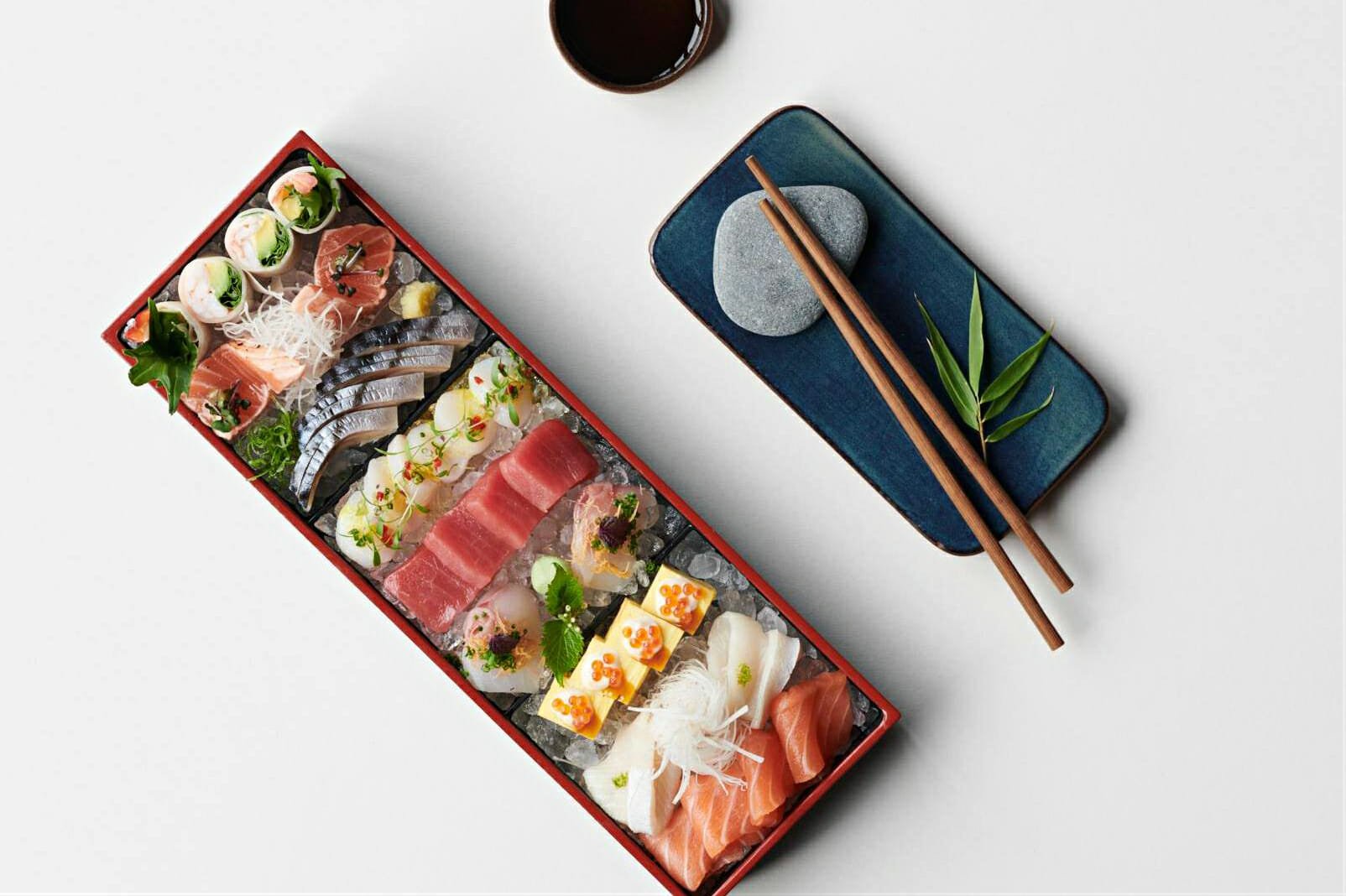 One note about the menus: they have pictures of everything. Now, for something that has such a deep, rich tradition of tackiness, it seems almost strange that it’s executed so well here. In fact, it feels as though a lot more venues should consider laying out their own menus like this, if only to help to both align expectations and tease appetites.

Speaking of which, the sushi menu has everything you’d want, including the classic hits (tuna tartare, salmon sashimi, plus bites, bowls, and rolls), and more unusual numbers like halibut tartare or yellowtail kingfish. In fact, they pride themselves on their willingness to explore outside of the traditional box, and you’ll find the likes of beef tataki with smoked cheese, or a Latin-American-style scallop ceviche, or even something called a ‘Beautiful Mess’ which is a poké bowl filled with salmon, avo, edamame, sushi rice, and more.

But the sticks section is where things really take off, including goat’s cheese with dried ham, chicken & squid sausage, duck heart, and scallops with bacon. Fancy a whole skewered lamb chop with miso butter? Done. How about some panko-crusted chicken with wasabi Caesar sauce? Double done.

There’s plenty of sake too. Kanpai.

Or should we say skål?

NOTE: Sticks & Sushi Greenwich is open now. You can find out more and make a booking at their website right HERE.

Like sushi? Take a look at our guide to London’s best sushi restaurants.