Ever since it opened in Buenos Aires back in 2001, Sucre has wandered in and out of the World’s 50 Best Latin American list, pocketing dozens of other accolades along the way.

And at last, it’s wandered in our direction.

Now, two of the biggest big dogs of Argentina’s drinking & dining scene – chef Fernando Trocca & cocktail man Renato “Tato” Giovannoni – have taken over the the 310-year old building that was the London College of Music in Soho, which was already a huge and remarkably beautiful space to begin with. Probably something to do with acoustics. But either way,  that lily has then been further gilded with chandeliers made from over a thousand cut glass decanters, and elegant leather seating backed by mismatched Latin American textile patterns. It’s what other date spots dream about. 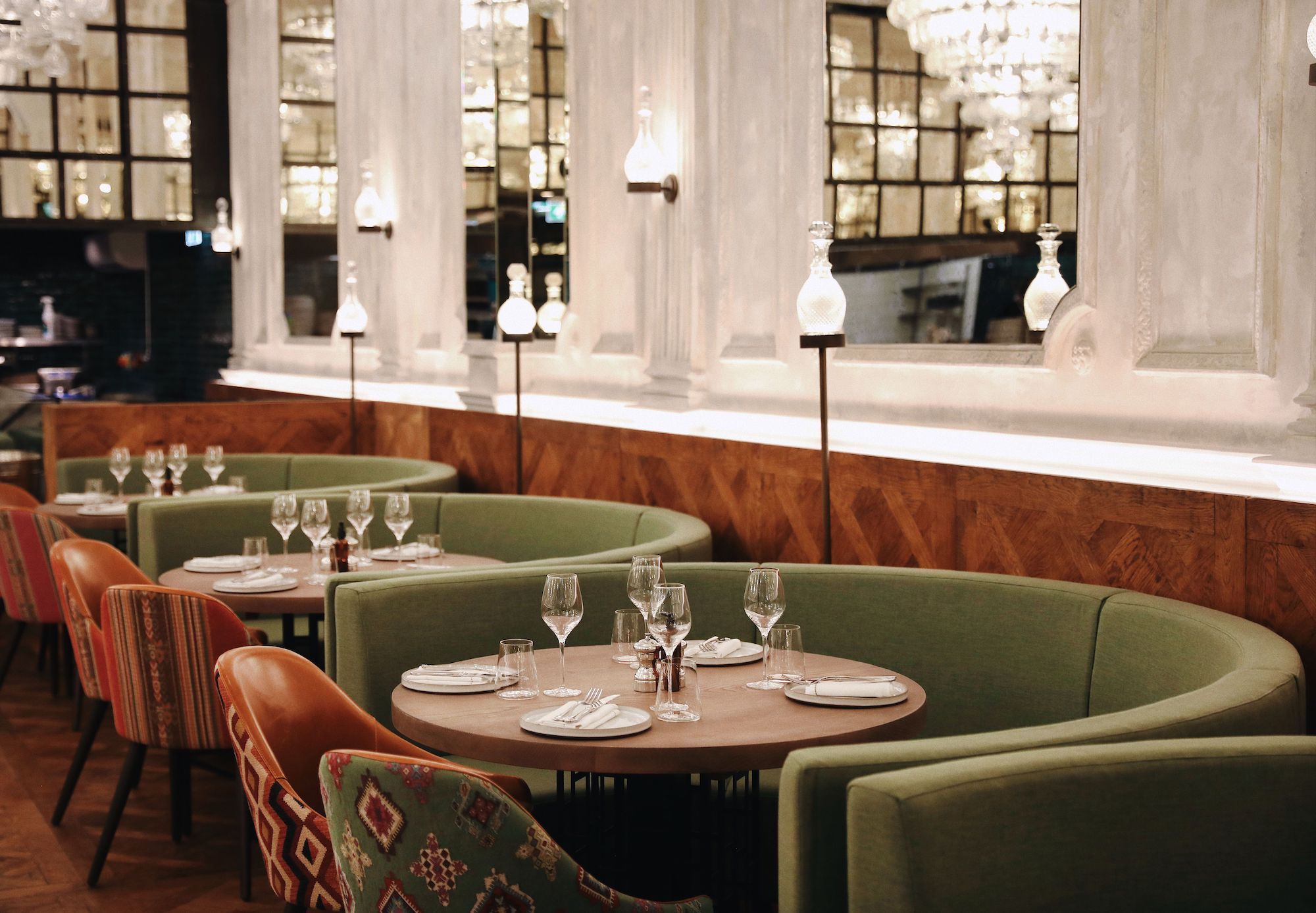 To avoid the show runners stepping on each-other’s toes, it’s all been divided up into two distinct areas – a restaurant up top (Sucre) and a cocktail joint down below (Abajo) each with its own entrance & menu. So let’s start, as you likely will, with the restaurant. It’s all been essentially built around the kitchen, which has both a dramatic open fire pit, and a wood fired oven, all of which which sits at one end of the main dining area, as if overseeing everything. 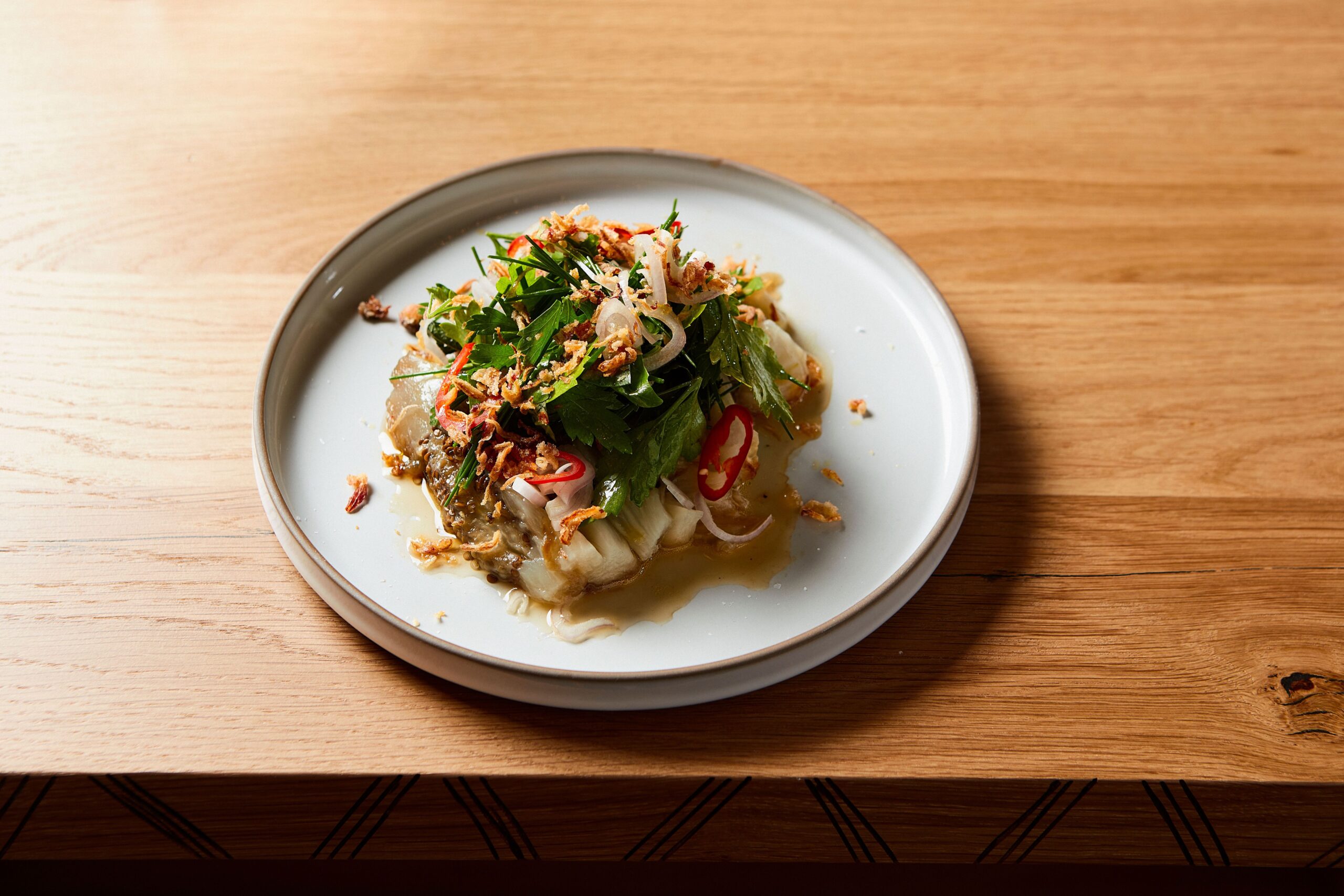 Freshly scorched over that charcoal fire pit, you can expect hearty monkfish tails draped in XO sauce and black beans, or juicy Iberico pork matambre (it’s like a stuffed steak); while out of the wood oven there’s tender lamb shoulder with romaine lettuce & preserved lemon, and a fragrant black fideuà (an Argentinean rice dish) with squid and paprika. Going alongside all of this, there’s everything from scallops with jalapeño, to roasted hispi cabbage & blue cheese, to fish stew with black garlic. 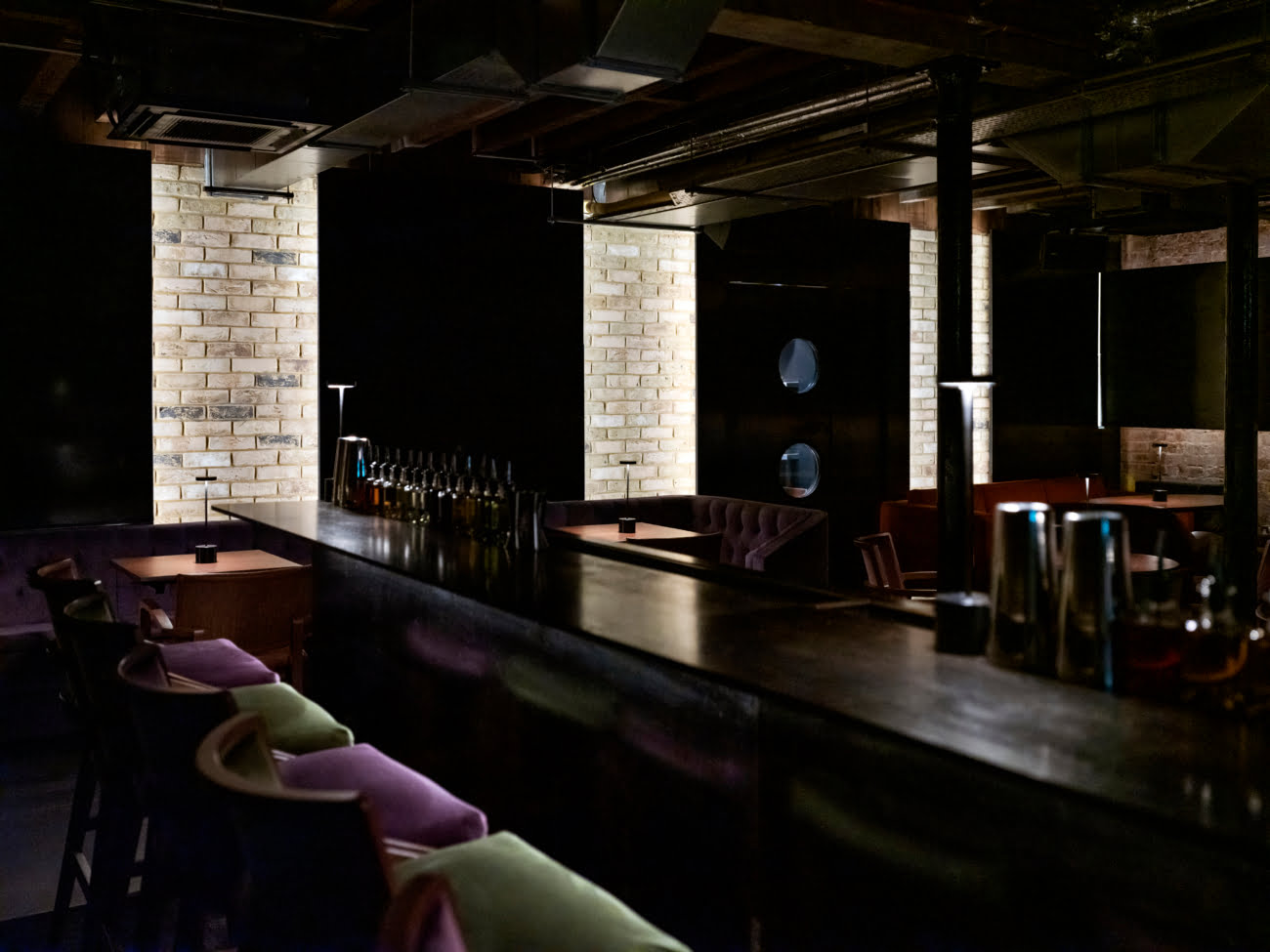 Then there’s the cocktail bar, Abajo. It’s a little less dramatic, and a little more moody & cool. It’s similar to Tato Giovanonni’s other bar, with is currently ranked No.7 on the World’s 50 Best list. He’s kept the original wooden ceiling and the steel pillars that hold it all up (seems like a sensible idea) then enrobed it all in the trappings of an ’80s-era Buenos Aires cocktail bar. It’s dark, it’s sleek, it’s industrial, and it just oozes cool. There’s occasional live music, frequent vinyl, and inventive cocktails like the Something Orange, which blends corn liqueur with peanut and pumpkin chicha.

NOTE: Sucre is open daily for lunch and dinner; Abajo is open Tues-Sat, 5pm-1am. You can find out more, and make a booking at their website right HERE, or HERE for Abajo.