Unlike its namesake, Greece has never had the most impactful presence on the London restaurant scene.

But, at long last, that’s finally changing thanks to places like Suzi Tros.

You’ll find it in Notting Hill, a couple of doors down from Mazi (also serving modern Greek food, also owned by the same Greek chef and her husband) although this sophomore venue is a little more casual & laid-back. The name Suzi Tros, by the way, is a line from a cult Greek movie released back in 1969, and it literally means “Suzi, you eat”.

But Suzi or not, you shall eat very well…

The two-floor space is flirting with minimalism, with anonymous white walls & wooden furnishings saved by a Mediterranean-style patterned tile floor and an attention-grabbing charcoal grill lined by counter seating. Downstairs is the darker, slicker cocktail area, with half a dozen stools hemming in a well-stocked stone bar. 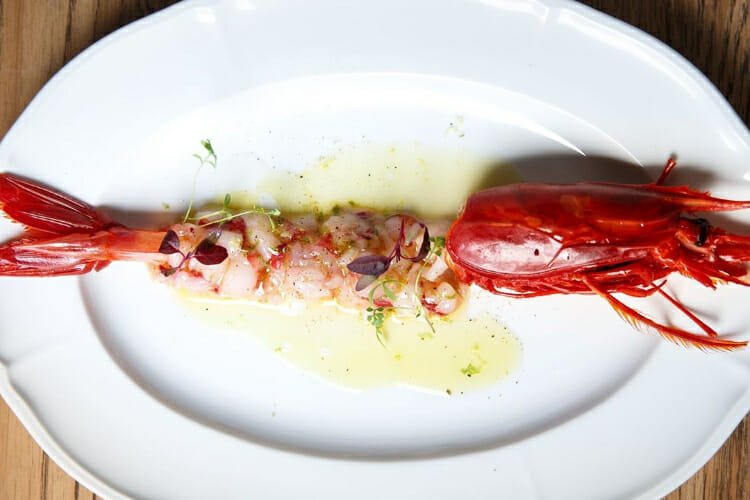 The food hails from Northern Greece, specifically the port city of Thessaloniki, where the co-owner Christina Mouratoglou grew up. It mainly takes the form of small plates, with the menu split into sections like Raw, Garden, Fish Market, Butcher, etc.

Things kick off, as they should, with some housemate bread that’s been lightly brushed with olive oil & oregano, then briefly blistered on the grill & served with some gorgeously white tarama smoked cod roe (not pink, not from the supermarket). Beyond that you can expect scarlet prawn tartare with lemon & lime zest; smoked aubergine with tahini & honey; salt-baked carrots sprinkled with maple syrup; sea urchin carpaccio; and grilled chicken thigh gyro tacos, among many others. 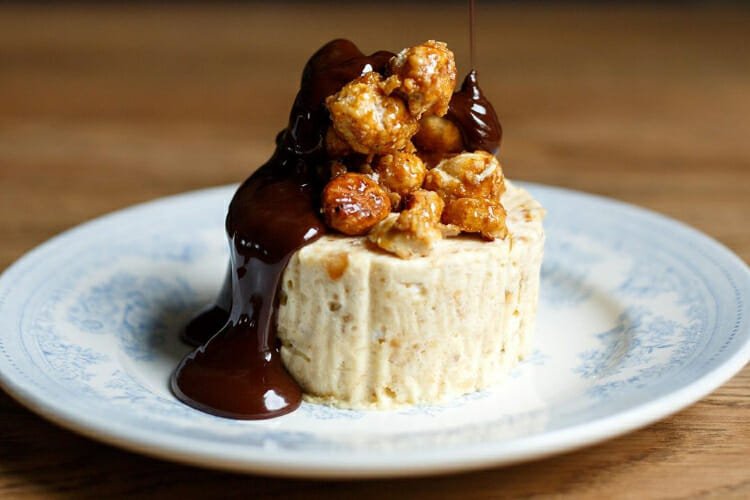 Then for dessert, you can’t really go wrong with some of their Armenovil, which is a Thessaloniki speciality: it’s basically a light parfait-like ice cream topped with caramelised nuts & crushed meringues, then drenched in hot chocolate sauce.

And to drink? The wine & beer is all strictly Greek, and there’s always that cocktail bar, which uses some of the lesser-known local Greek spirits like Mastika (which has a light, floral, cedar-like flavour) and an un-aged brandy from Crete called Tsipouro.

After you try it, you’ll want them to ‘pouro a little more.

NOTE: Suzi Tros is open now. You can find out more, and make a booking at their website right HERE.