Talad | A Chiangrai-Inspired Pop-up In Chelsea

Just when you were thinking that Chelsea could do with a personally-funded Northern Thai-style restaurant run by a deeply passionate and talented chef determined to share the culinary prowess of her home country with the people of London….

It’s the passion project of Chiangrai-born Natalie Tangsakul who, after years of working in other London kitchen’s, like Rosa’s Thai cafe, has decided to try it on her own.

Of course it goes without saying that London already has plenty of excellent Thai restaurants: Som Saa, Farang and the Begging Bowl, to name a few. However, what makes Talad unique is not only its West London location, but also the fact that, rather than focusing on mainstream Thai cooking, Tangsakul will be specifically showcasing dishes from the Northern and Isaan regions.

What does that mean exactly?

Well, for starters you won’t find your usual thick coconut-based curries (coconuts being a stalwart of the South because of the rain). Instead Northern Thailand are known for their lighter, more broth or stock-like options. You’ll also find plenty of delicious, herbaceous plants like pandan, as well as pickles and a chilli relish known as Nam Prik. 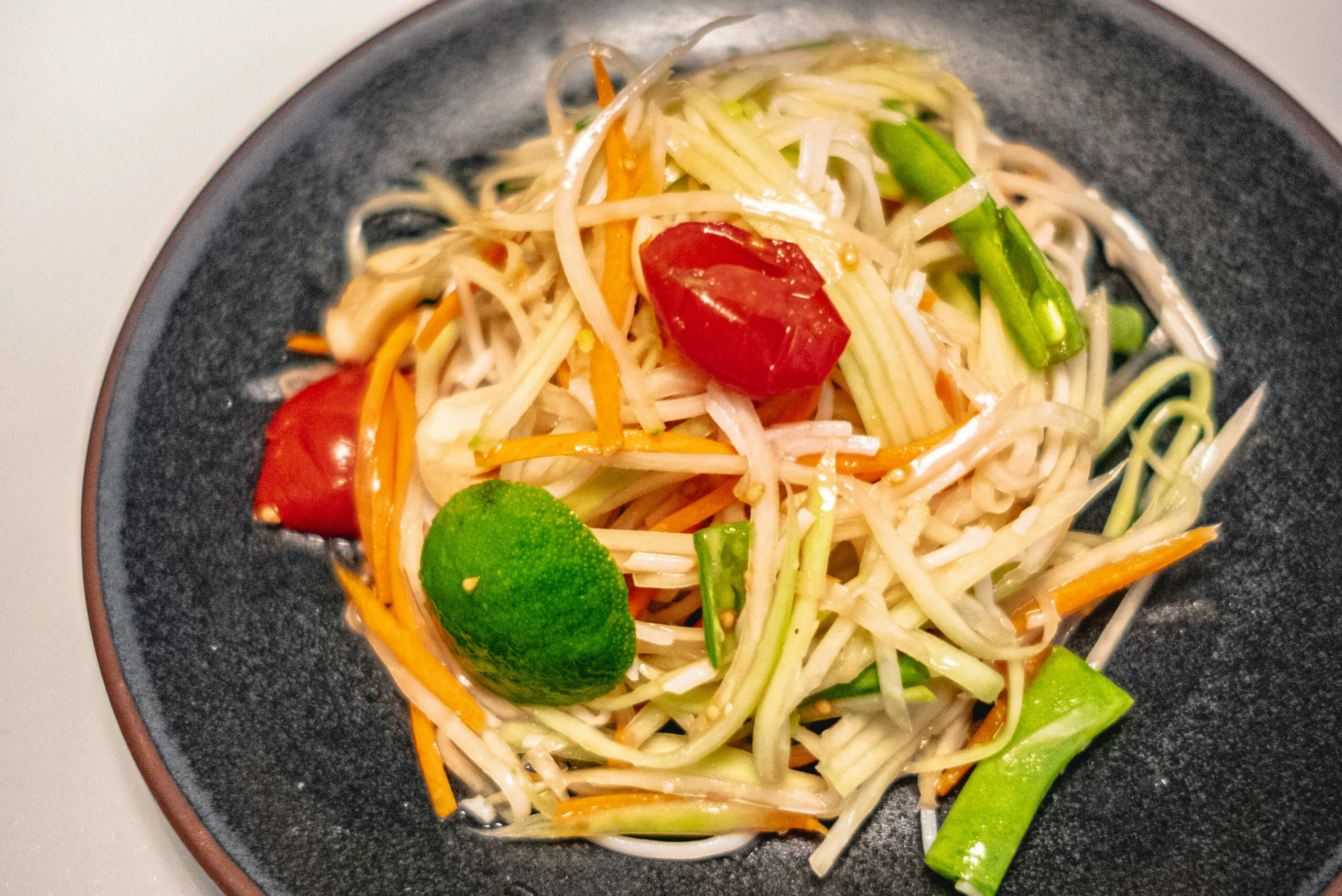 The exact menu at Talad is set to change seasonally, however dishes won’t be dissimilar to Nam Ngiao (rice noodles mixed into a spicy tomato broth, and topped with pork); or chicken and wild ginger masala Hung Le (a comforting, and aromatic chicken curry). You’ll also find plenty of vegetarian and vegan dishes including the Tum Lao Shiitake Aunty Pen, a spicy papaya salad sweetly named after an ‘Aunty Penn’ who made and sold papaya salad at the market near Natalie’s childhood home.

Drinks wise, Natalie herself is for the most part teetotal, so she’s mainly focused her attention on crafting a selection of boozeless cocktails to try. Although the most exciting part? Should everything go swimmingly they’ve already been told that after six months they can take over the pop-up space permanently. Of course we’ll have to wait to actually go to give final verdict, but something tells us we’re going to hope they Thai the knot…

NOTE: Talad is set to open in April. You can keep up-to-date with the opening via their website here.

Like staying up to date on the latest restaurant openings? We have a whole list of them here.