Do you think the guy who coined the term “one hit wonder” came up with any other famous phrase?

But the people behind the Michelin-starred Tamarind (which is sadly now closed) apparently do know how to follow up success, as proved by their sophomore restaurant Tamarind Kitchen, a more relaxed take on the original.

Set in the middle of Soho, this time round they’ve swapped out the suit for a pair of skinny jeans. Or, in other words, they’ve thrown off the white tablecloths of the Mayfair site, and stripped back the walls with peeling, apocalyptic-chic teal and rust-coloured paint, offset them with some sleek wooden booths and marble tables, and thrown in a subterranean cocktail bar for good measure. Which is most likely where you’ll settle down with a cocktail, like the Tamarind Reserve of spiced rum, brown sugar, sweet tamarind & ginger beer, or alternatively something from their plentiful beer & wine lists, which the staff are more than ready to advise on. 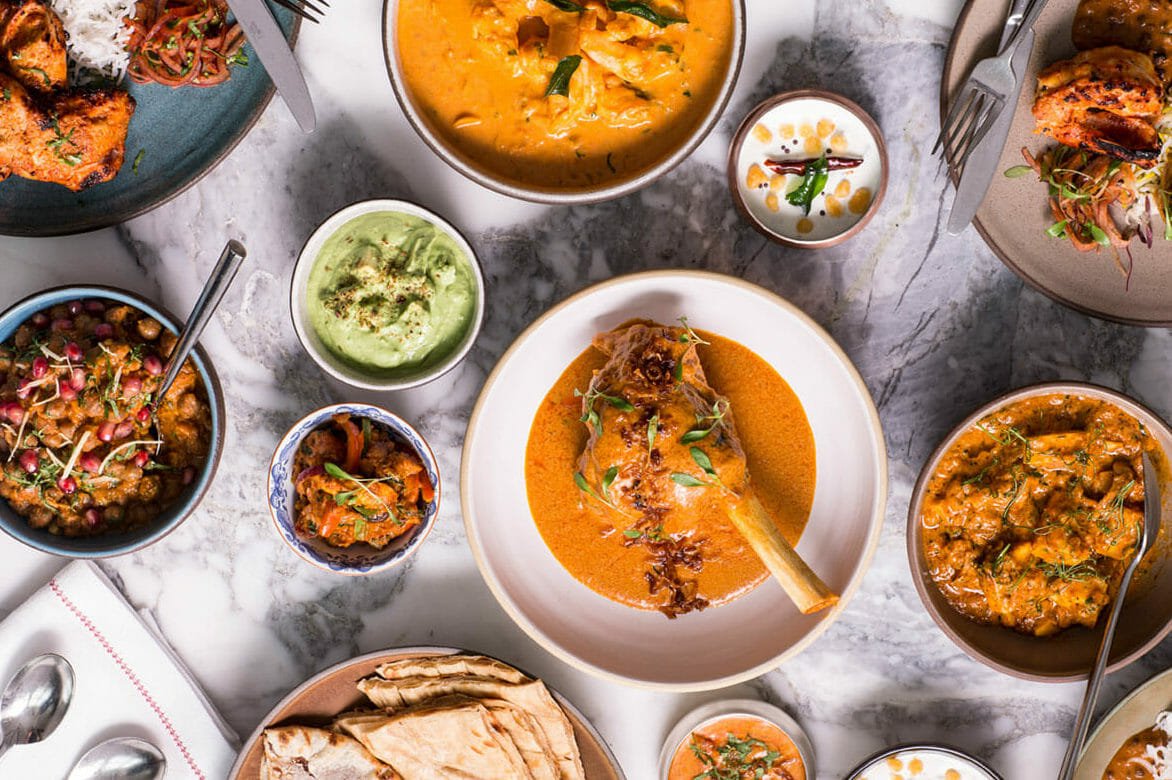 Designed by Peter Joseph (head chef at the original Tamarind) the food menu is equally as abundant with an array of fish, meat, game and vegetarian dishes – many of which will be delivered to you straight from the kitchen’s tandoor oven.

Starters offer the likes of a triple game-bird kabab platter and Tandoor-cooked butterflied king prawns, whilst mains – alongside a selection of Tamarind’s signature rice, breads and dips – showcase Hyderabadi Gosht, a slow-cooked lamb in a browned onion sauce; plus a traditional South Indian fish curry of tamarind and mustard-spiced kingfish. And to finish, there’s a show-stopping pudding drenched in a hot chocolate sauce that causes the whole spherical mousse beneath to implode before your eyes. But don’t worry…

You won’t be leaving deflated.

Going out in Soho tonight? Check out our guide to the best bars in Soho

A Brazilian Super-Chef Is Arriving In Marylebone Get ready for a little Bossa nova….