The chefs at this new Covent Garden restaurant have just been given the chop.

But luckily for you, they know exactly what to do with it.

As the latest venture from the group behind Eggbreak in Notting Hill, it’s a sophisticated affair. You’ll slide onto scarlet leather banquettes beside reclaimed oak-panelled walls, with smooth marble tables overlooking the open kitchen and its three brass Tandoor ovens. 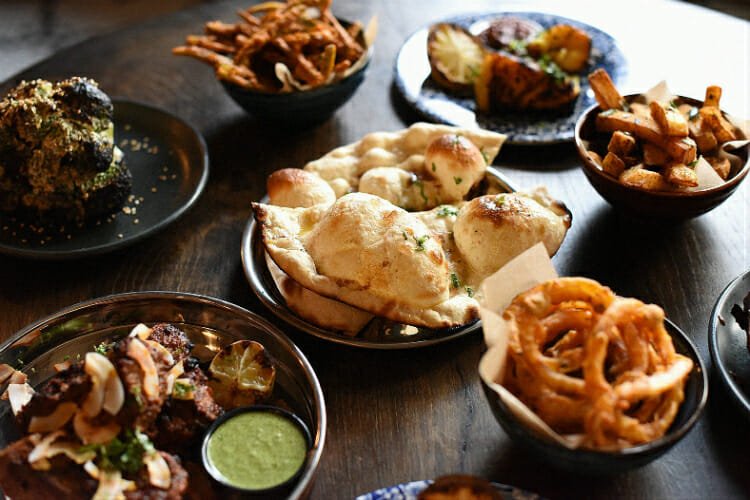 …In which, of course, they’re cooking dishes like chicken marinated in hung curd (that’s yoghurt drained of all its water), garlic, ginger and spices; Masala boti rubbed ribeye, and amritsari lamb chops. The Anglo-Indian sides, meanwhile, range from bone marrow naan and gunpowder fries, to tandoor-charred broccoli and corn-on-the-cob ‘tikka’.

And you can wash all this down with their drinks, which, aside from house cocktails, wine and craft beers, include a list of specially designed G&T’s with complementary blends of herbs & spices, such as the Star of Bombay with orange, mint and hazelnut.

And as for pudding? Your best bet is probably the chai brûlée, one of their most popular dishes.

In fact, it’s second to naan.

Looking for great Indian food in Central London? Give DUM Biryani a whirl

London's Getting A Two-Storey Cheese Barge This Spring

The Smoke & Salt Duo Have Got A New Home