Battersea is having a bit of moment.

And Brindisa – purveyors of some of the nation’s finest tapas – have buttressed that notion by opening up a venue there. It’s set majestically on the banks of the Thames, sitting under the iconic gaze of the power station itself. And it’s pretty majestic inside, too, with a devoted cured food counter, for small plated of all manner of Spanish meats, cheeses, and fish, and an outdoor terraza overlooking the river. Alongside the open kitchen you’ll spot Brindisa’s first ‘Home Kitchen’ – sort of like a chef’s table, where they host intimate, experimental supper clubs for just a dozen diners at a time (as well as monthly tastings and cook-offs). 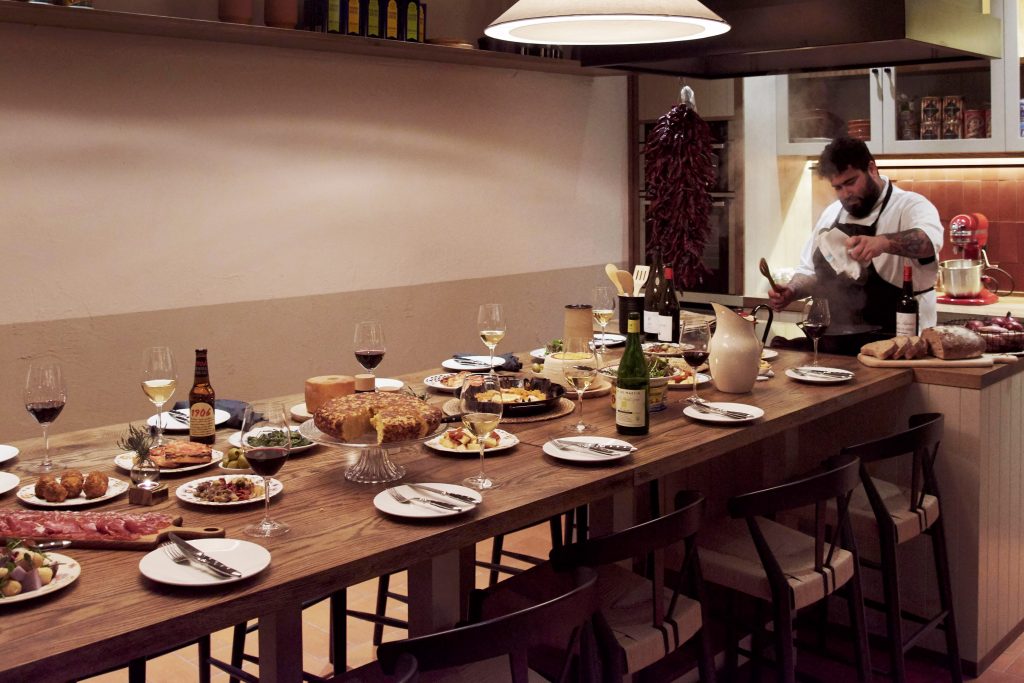 On the menu, they’re playing all the classics, with the likes of prawns with chilli, garlic & olive oil; fried padrón peppers; and their famed broken eggs with sobrassada… but they’ve also thrown in a whole bunch of new menu items, including venison loin with chestnut purée; tuna meatballs & ‘marmitako’ sauce; and air-dried beef with spiced chickpeas and watermelon.

They’re also slinging G&Ts from a menu of ten varieties (they’re spiced up with everything from grapefruit, to rosemary, to strawberry & black pepper), some Spanish craft beers, and dozens of wines & sherries.

Which is pretty sweet.

Love tapas? Check out our guide to the best Spanish restaurants in London.