Since the year 2005, Taqueria has been the gold-standard answer to the question ‘Do you know a good Mexican place in Notting Hill?’.

And after a decade and a half, they decided this was the right time to open a second branch.

But timings aside, they certainly picked the right location: going across the map to East London, they’ve found a beautiful little spot right at the end of Exmouth Market’s festoon lit, restaurant-lined street. Inside, it’s got a warm atmosphere, helped by wood floors, a pleasingly thick marble bartop, and verdant greenery dotted about. If weather permits you to score a seat on the terrace, you should – it overlooks the bustling pedestrianised micro-neighbourhood.

The food is just as solid as it ever has been over in West London. They make sure all their produce is ethically sourced, with free range chicken, line-caught fish, and locally farmed pork & beef. They go into standout dishes like their tuna tostadas (a crispy tortilla draped in chipotle mayo, guac, crispy onions), and salmon ceviche (aided by a mango & coconut puree), both of which come with satisfyingly large chunks of fish. 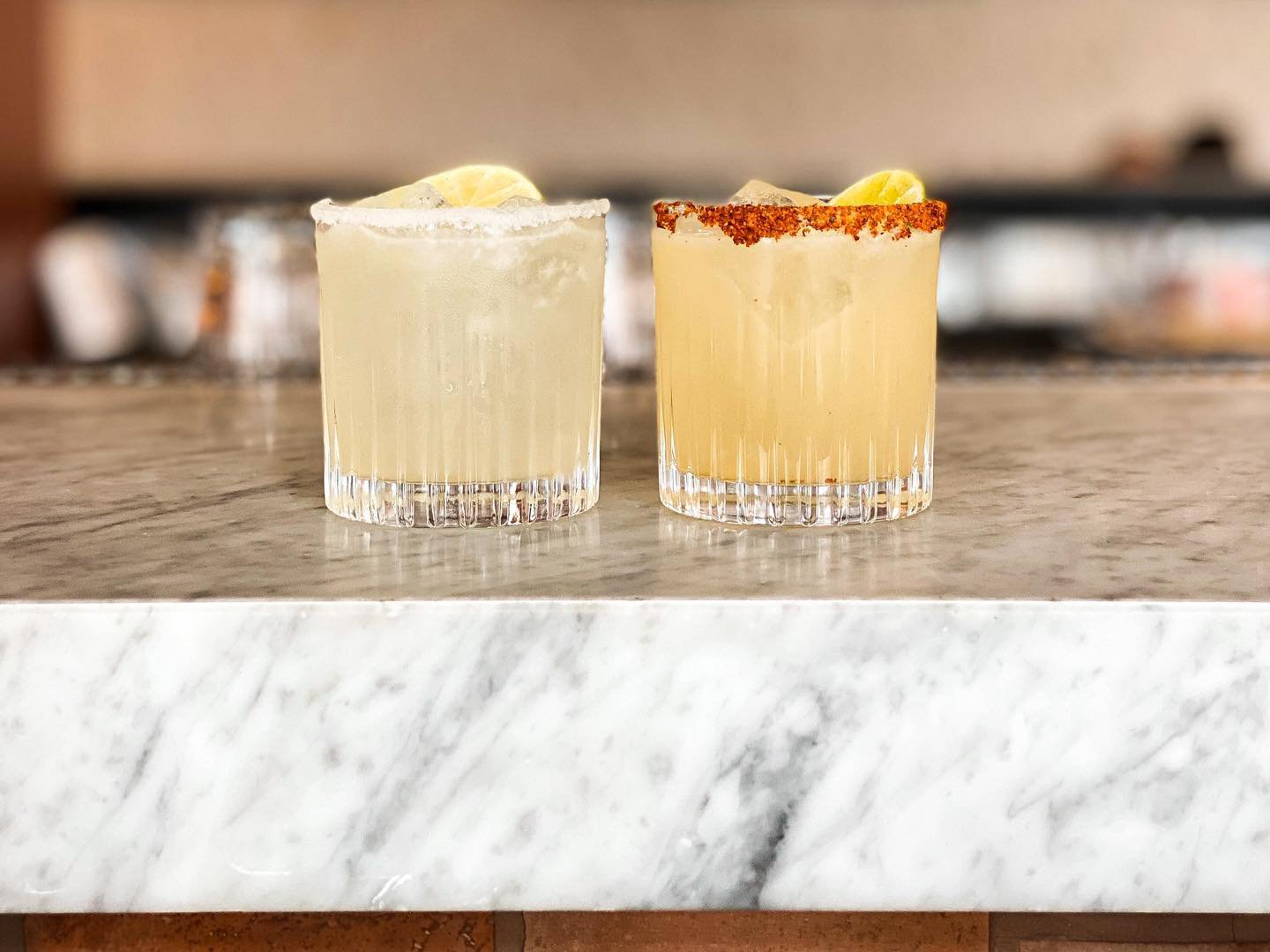 Then we come to the main event: the tacos. There’s a lot to love, but standouts include a meltingly good Pancita with hickory smoked pork belly and mojo de ajo; an eyebrow-cockingly spicy smoked ‘Roadside Chicken’ with roasted scotch bonnet mayo; and a classic cod fish taco fried in an ultra-light tempura batter. You can’t really go wrong whatever you get through, so dig in. But no matter what you do, get the churros for dessert. They’re so crispy you could probably hear someone biting into them from across the street.

Washing them all down, you can get three varieties of chelada style beer plus half a dozen margaritas, including a refreshing watermelon marg, a zingy chile-infused number, and smoky mezcalita, which comes with a genuine ‘sal de gusano’ rim, made by grinding up the mezcal worms and mixing them with peppers.

Now, let’s just hope we don’t have to wait another decade and a half for the next one.

NOTE: Taqueria Exmouth Market is open now. You can find out more, and make a booking at their website right HERE.

Like Mexican food? Check out who just moved in to The Gunmakers in Clerkenwell…