Another Peckham-based restaurant sure to bowl you over…

…is The Begging Bowl, a leafy neighbourhood eatery serving authentic, regional Thai food, alongside house-made cocktails, craft beer, and a short but varied list of wines.

It comes to us from Head Chef Jane Alty and co-owner Jamie Younger who – both deeply passionate about regional Thai cooking – wanted to bring a taste of it to Peckham. Both women have built careers working at some of London’s finest restaurants  (Bibendum and The Wolseley, to name a few). However, particularly Jane, who not only got the chance to work closely with the world-renowned Thai chef David Thompson at Michelin-starred Nahm, but also who has extended family in Thailand – quickly came to realise that nothing quite excited her like Thai food did.

Not just that but both women are also incredibly inspired by Buddhist Thai practices such as that of merit-making. Merit in Buddhism is a positive force or energy that one creates for themselves by doing good deeds. In Chiang-Mai in particular merit-making us often through giving to temples and/or Buddhist monks. Orange-clad monks carry alm pots or ‘begging bowls’ which people fill, more often than not with food. This is of course where The Begging Bowl gets its name from, but also it’s this same sense of community, and sharing with one another that both Jane and Jamie want to create in their restaurant. 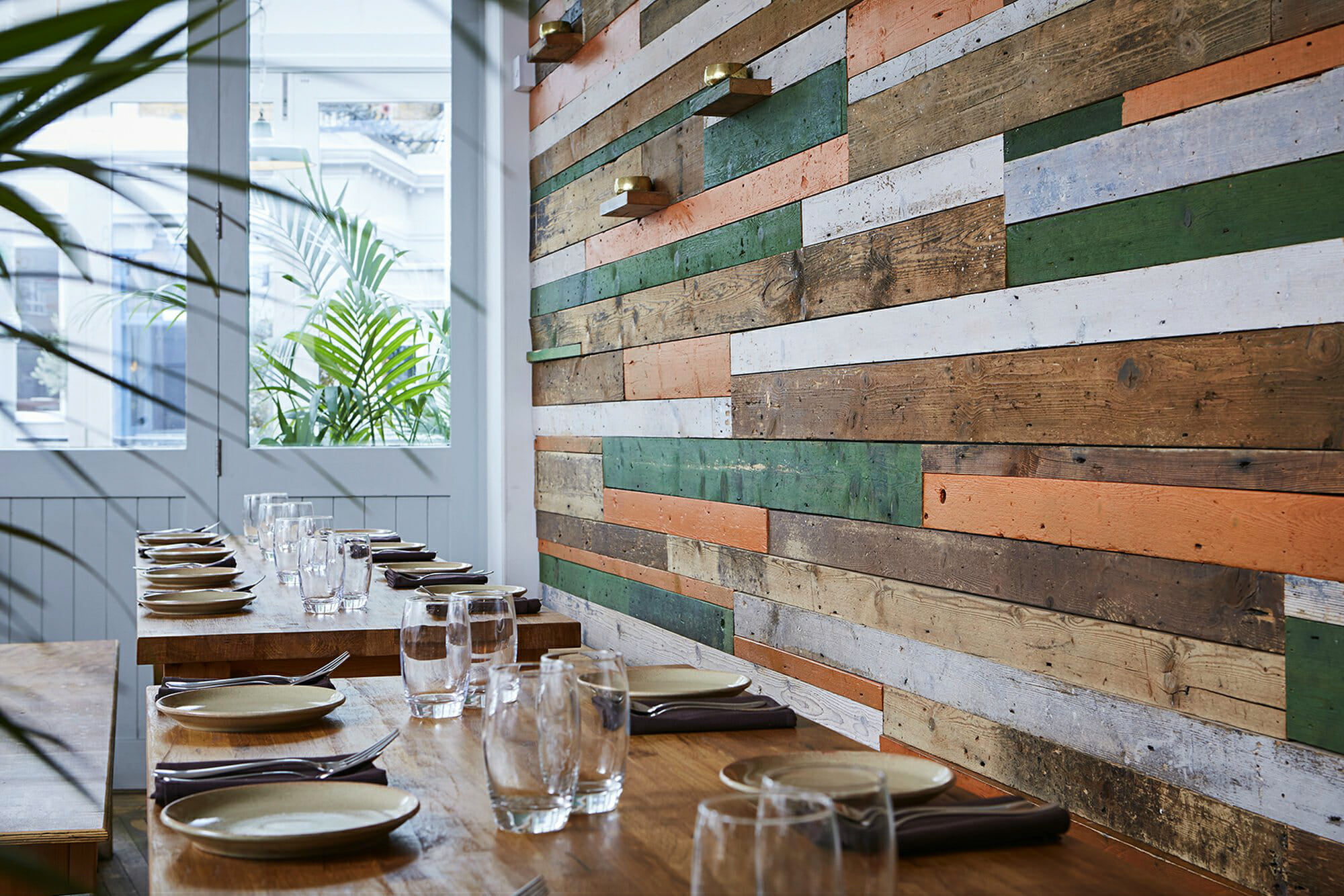 The space isn’t anything fancy. Instead it has a relatively pared-back feel mostly made up of wooden tables ad chairs, warmed by a statement wall of white, orange and green stripes. Where you really want to be sitting however is the wrap around green house-style space at the front which is not only flooded with light thanks to floor-to-ceiling windows, but also they’ve filled it with hundreds of plants, giving it a lovely jungle-type feel.

Of course, all of the food is for sharing. Jame and Jamie work closely with grocers in Bangkok to source as many authentic Thai ingredients as they can, whilst the rest – meat and fish etc. – is sourced locally in the UK. The idea is for you to order a mix of both big and slightly smaller side dishes and then eat together like groups of Thai friends and would do. The exact menu changes day to day however you can expect things like  garlic chive cakes, with soy and chilli; crispy pork belly, in a five spice gravy; charcoal grilled Jerusalem artichoke, golae peanut curry, and pickled ginger; or, one of our favourite dishes, the deep fried whole sea bass served with green mango, white turmeric, roasted rice, palm sugar, and a tamarind dressing. There are always plenty of options for vegetarians and vegans, and they offer unlimited jasmine and sticky rice to mop it all up.

Drinks on the other hand include a really incredible list of house-made cocktails, craft beer and mostly European wine. They also have an interesting selection of Asian teas on offer: Lapsang, Oolong, and Jasmine etc…

NOTE: The Begging Bowl is open for dinner Monday-Wednesday. Thursday-Sunday they do lunch too. For more information, or to book, visit their website here.

If you like Thai food you should also check out…Som Saa, Farang, and Smoking Goat