But since it’s The Black Sheep of the family, you might not have heard much about it.

So allow us to enlighten you: it’s the sixth London restaurant from the brothers who have made a name for themselves serving up some of the freshest, best quality produce grown on home soil, including their own family farm in Sussex. And they’re rather kindly inviting Nudge Members in before anyone else this May, with 50% off your food bill to boot.

It’ll be making its home in Wimbledon, on the site of the old White Onion bistro. Like its siblings – Chelsea’s Rabbit, Battersea’s Nutbourne, Soho’s Sussex, The Shed in Notting Hill and The Fat Badger in Richmond – it’ll focus on showcasing the best ingredients of the season, sourced directly from a hand-picked group of farms across the country and whipped into dishes by exec chef Oliver Gladwin. The difference here, though, is that the menu will be so hyper-seasonal, it’s set to change every day. 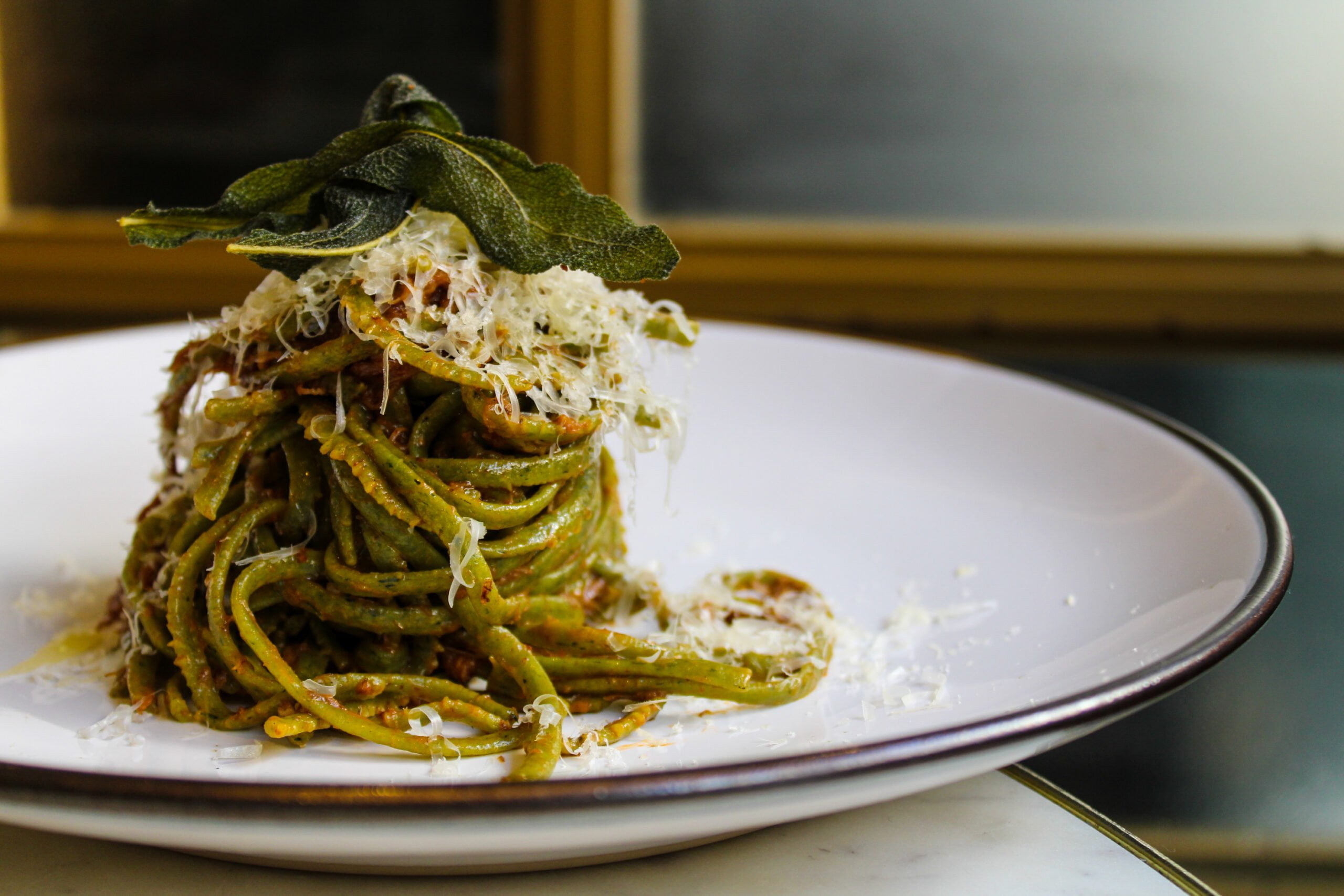 The restaurant’s design has been kept under wraps so far, but it looks like they’re considering a sage green colour palette and ticking fabric, and you can bet it’ll sport their trademark rustic touch. And with room for just 65 diners, it’ll be their most intimate spot yet (though if you really want to take that up a notch, there’ll be a hireable private dining room, too).

Accompanying the dishes will be a predominantly English wine list, with plenty bottles plucked directly from their own Nutbourne Vineyard. They’re even teaming up with Wimbledon Wine School to run professional wine courses…

…where you actually do want to be at the bottom of your glass.

NOTE: The Nudge Member preview of The Black Sheep is now fully booked.

OTHER NOTE: The Black Sheep is set to open at the end of May. You can find out more at their website right here.

Like being in the know? Check out our guide to London restaurants opening soon