Sure, they can be gouda. Maybe even fetastic. But as you’ve just seen, they’re mostly just unbrielievably bad.

Instead we’ll just cut straight to the good stuff and tell you about The Cheese Bar in Camden Market: a permanent brick-and-mortar upgrade from The Cheese Truck that’s been roaming the UK’s more curd-addicted parts for the past few years selling point-perfect toasties, and other oozy goodness. Yes, this is a restaurant dedicated to cheese.

The venue itself is surprisingly sleek and modern-looking, a stark contrast from the comfort-eating, huddle-under-a-blanket-on-the-sofa vibe that cheese dishes tend to carry with them. Instead, you’ll find design-chic bar seating surrounding a lustrous U-shaped marble countertop resting its prongs on the glorious, well-lit cheese fridge that takes up a large chunk of the back wall.

In that fridge, they’ve stuffed over 30 of their favourite cheeses (a great deal of which they’ve sourced from within the M25), waiting to be duly sliced, melted, and grated into dishes like the classic cheese toastie, which uses Quicke’s cheddar, some rich Ogleshield, and a little red onion, plus new numbers like their chicken poutine with sage and crispy onions; mini baked Bix; five cheese macaroni; Young Buck raclette; and more. 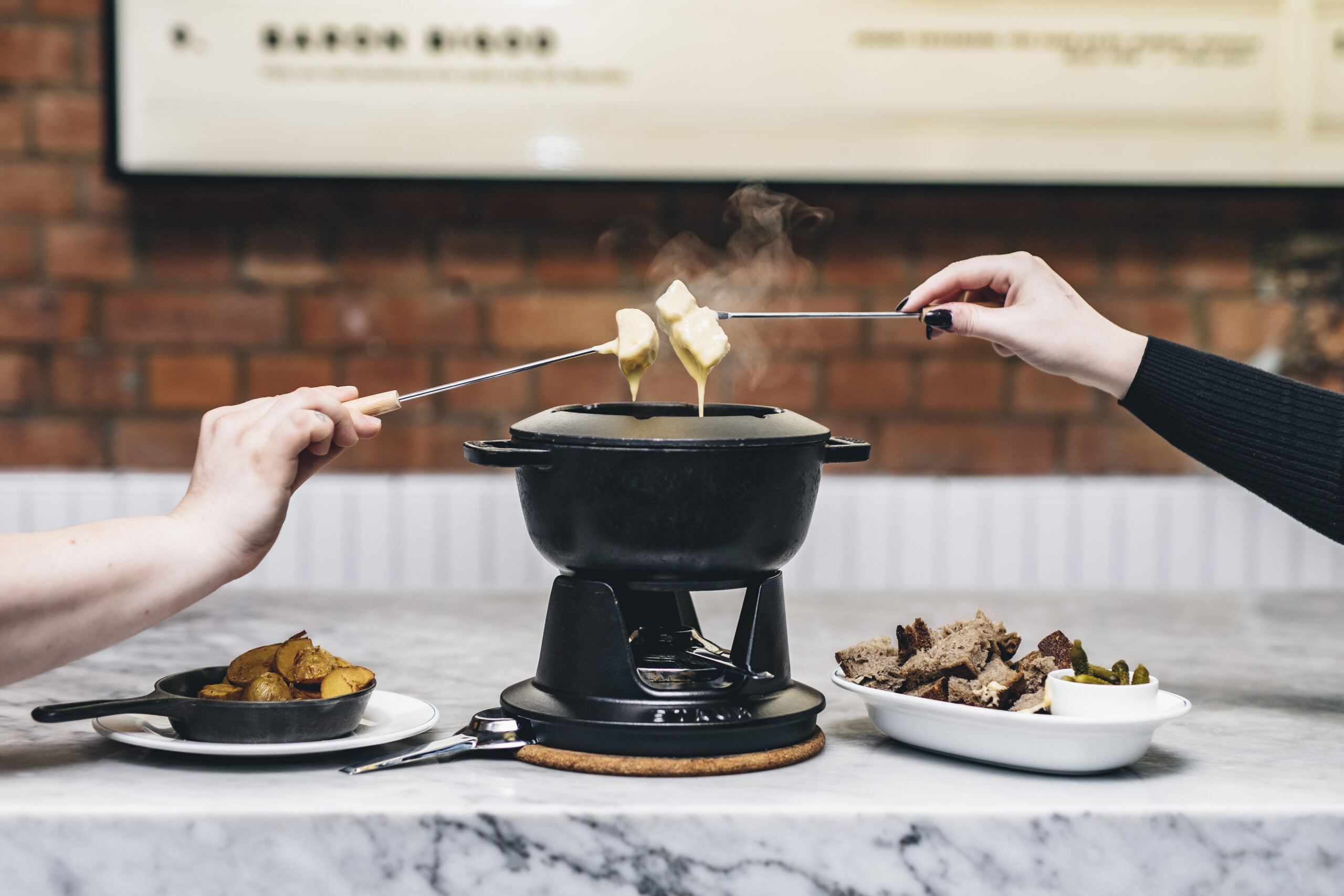 As of this December, every month will see a new collaboration with a top-shelf London restaurant, putting their own spin on the dippable curds, and making them available every Thursday.

First up is Bone Daddies, who’ll be putting together December’s menu. Their take will be a Cornish Gouda & Yuzu Fondue, served with kimchi tare (the primary seasoning in ramen) plus Japanese pickles & chicken karaage to dip. After that, the new year brings smoked meats from The Ashes BBQ‘s fondue, followed closely in February by a Mexican fondue from Burritos Machete. Of course, if you like your fondue unadulterated and pure, you can still get an unadulterated and pure fondue. The Cheese Bar’s house recipe is a classic, smooth number based on a Swiss Gruyère recipe. Book here.

And if somehow your lacto-hypertolerance still isn’t sated, there’s even a cheese-based dessert menu. Obviously there’s cheesecake, but try the affogato – it’s made with Stilton & caramelised walnut gelato topped with a shot of ruby port. And to wash it all down, there’s an impressively extensive menu of small producer wines, craft beers and London-made spirits.

You’ll want to try Chèvrey one. (We know, we said we’d stop, but we don’t give Edam.)

NOTE: The Cheese Bar is open now. You can find out more, and make a booking, HERE.