Once upon a time, many years ago, there were two pubs across the road from each other – one called The Crown, and the other called The Greyhound.

Then one fateful day in the 1890s, someone, for some reason, thought it would be a good idea to demolish both of them and turn them into one super-pub that catered to everyone, rich, poor, and thirsty. Thus, the Crown and Greyhound was born.

Since then, it’s become cemented in its place as the unchallenged supreme leader of Dulwich Village boozers. It’s understandably huge on the inside, with a ground floor comprising of four main rooms, each of which would be enough space for a standard-issue pub. It all retains its old-fashioned Victorian sheen of mahogany and gas lamps, and they’ve even kept the ‘snob screens’ to help separate the refined from the rabble. But the best bit? The beer garden, which has capacity for 200, and includes its own BBQ station plus a few sheltered spots, just in case. 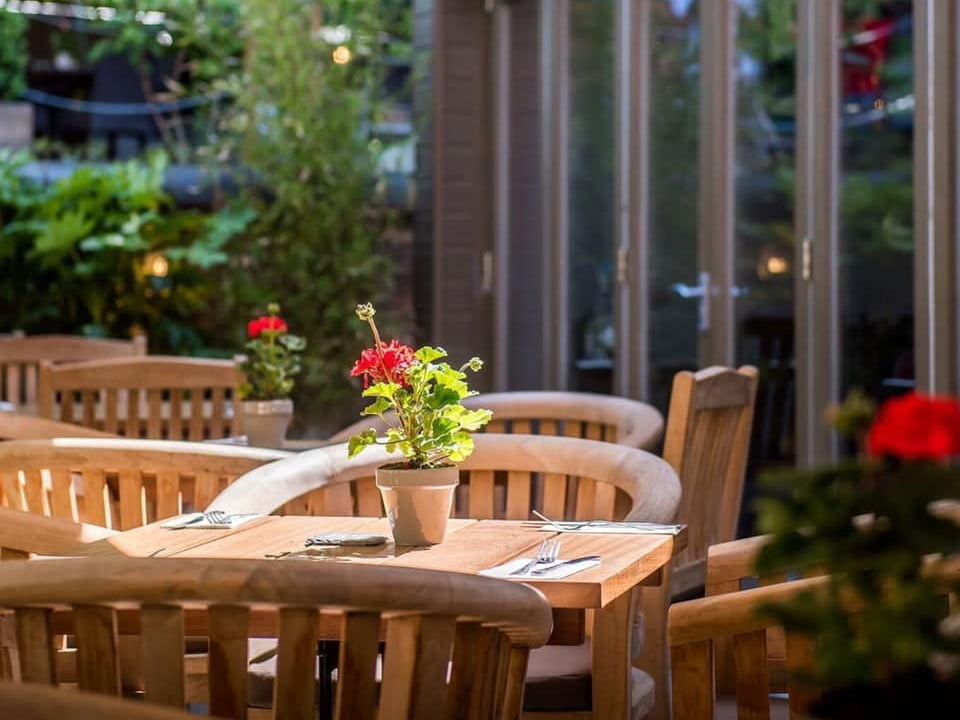 Part of the reason that the place has lasted as long as it has is that it doesn’t try to overextend itself, but instead settles for merely being better than the next place. To whit, the menu is a compilation album of boozer-appropriate hits, with the occasional nifty twist. The beer-battered fish comes with gloriously brittle-yet-yeliding triple-cooked chips. The burger comes either as beef, or as a Beyond Meat patty with vegan Gouda and scotch bonnet sauce. The chicken pie has pancetta instead of bacon.

The booze too keeps thing simple, while offering a little extra for anyone looking for it. There are a couple of cocktails, a whole lot of gin, and a reasonable selection of wines. And the beer? The place is home to a regularly rotating craft beer residency, just in case you’re in the market for a blood orange IPA, or a jam doughnut pale ale. But if all you’re after is a lager, then they have that too. They keep them on a separate non-craft beer menu, almost as if one were for the refined drinkers, and one for the rabble.

NOTE: The garden at The Crown & Greyhound will reopen on April 12th, and is available to book now. The main bar will reopen on May 17th. You can book your table for both and find out more at their website right HERE.