Oh, how Chelsea has changed over time.

From not having a modern British restaurant run by Taylor Bonnyman (ex-Corton, New York), replete with a kitchen garden of more than 100 rare and traditional herbs and spices overseen by former Le Manoir garden keeper, Heather Young…

… to having one. It’s called The Five Fields, and it combines contemporary British cooking with artisan produce, extravagant ‘flora inspired’ decor, a 200-bin strong wine cellar and a private room.

The food – which comes in the form of either a 3 course menu with six starter, main and dessert options; or an 8 course tasting menu – changes constantly depending on the freshness of stock from their Sussex kitchen garden. With only one exception: it’s always good. This is probably because, at any given time, dishes like Cornish turbot with blackberries, and native lobster with ground garlic and red curry may make an appearance. 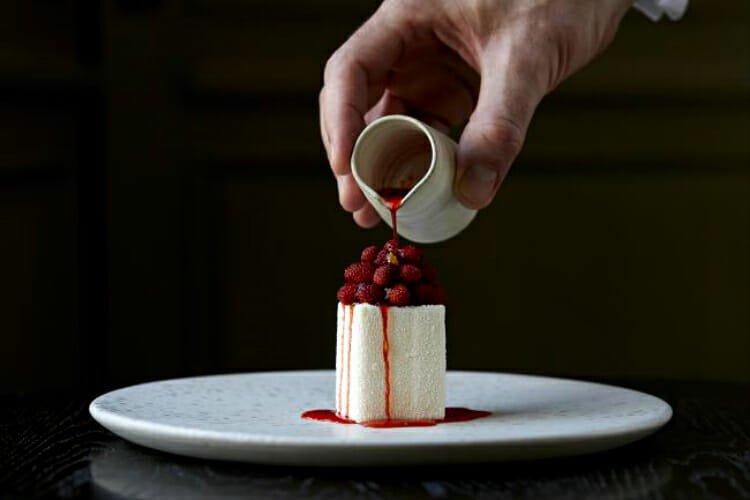 The wine – which resides in a temperature controlled cellar on the first floor – comes from all over the world. But specifically, it’s sourcing extends from places like Kent and Japan to both traditional and lesser-known regions of France.

Which is also nice.

NOTE: The Five Fields is open for lunch and dinner, Tuesday-Saturday. You can find out more of book in on their website HERE.

Like exploring the best of West London? Check out The Nudge’s guide to the best restaurants in West London.