A little known fact: Maida Vale got its name from a local pub, itself named after a swarthy British general who battled the French army outside the Italian town of Maida during the Napoleonic Wars.

That pub closed in 2000, but its tagline, The Hero of Maida, has been given a new lease of life at this classy-as-hell gastropub down the road (once The Truscott Arms). Set in a smart Victorian building on the corner of a quiet mews, two of its floors are given over to an elegant pub, two dining rooms, and a leafy decked garden set over two levels. 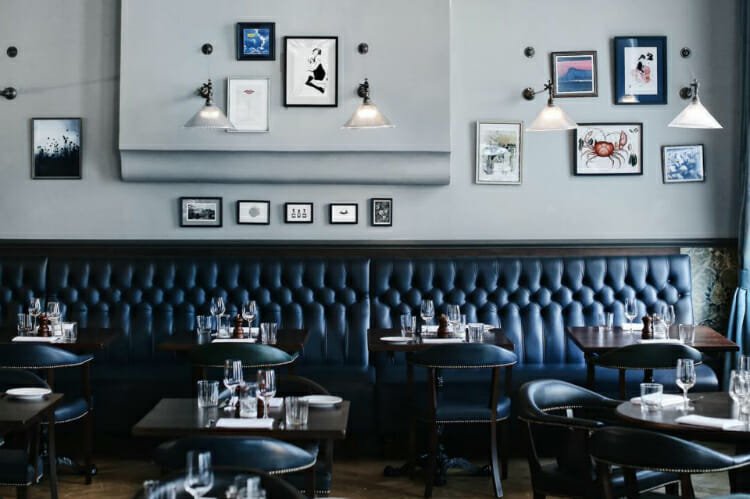 What sets the place apart from other pubs is the food, overseen here by Henry Harris – the chef behind the critically acclaimed, and now closed, Racine. Suitably for the pubs namesake, the menu is a lively skirmish between French and English influences, served up in a beautifully opulent salon with Napoleonic blue banquettes, century-old ornately plastered ceilings and grand chandeliers with bell-shaped glass shades.

Here, or up at the marble-topped bar, you can dine on oysters by the dozen; skate wing with girolles; steak frites with béarnaise; artichoke tart and poached trout with sea vegetables… before clashing spoons over the chocolate fondant with malt ice cream. 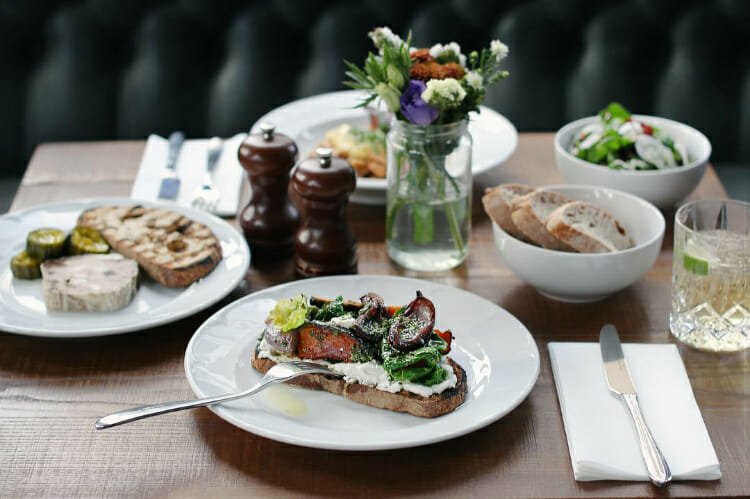 Downstairs, meanwhile, is the spot for grand Sunday roasts with all the trimmings (followed by the quiz at 7pm); live music on Thursday nights; and of course convivial evenings up at the bar with a French vermouth, aperitif spritz, or a bottle of peanut butter stout.

NOTE: The Hero of Maida is open daily. You can find out more, and make a booking for the dining room, HERE.