Hard to spell; harder to beat for brasserie dining in London.

Since 2003 The Wolseley’s become a classic for its breakfast and brunch menu (ranging from the humble sausage sandwich to the less humble fried haggis with whisky); for its relaxed lunch menu of soups and sandwiches; and for its afternoon tea of finger sandwiches, scones and clotted cream.

And, also, for its dinner.

Located in the heart of Piccadilly, The Wolseley’s glorious past is reflected in its black and white marble and its towering, Venetian-inspired pillars, arches and stairwells. Inspired by a Boston bank, it was built in the 1920s as a car showroom, before becoming an actual bank – Barclays – until 1999. It then briefly opened as a Chinese restaurant, before Corbin & King – the restaurateurs behind other London classics like Brasserie Zédel, The Delaunay and Fischer’s – took over to unveil their self-styled “café-restaurant in the grand European tradition”. 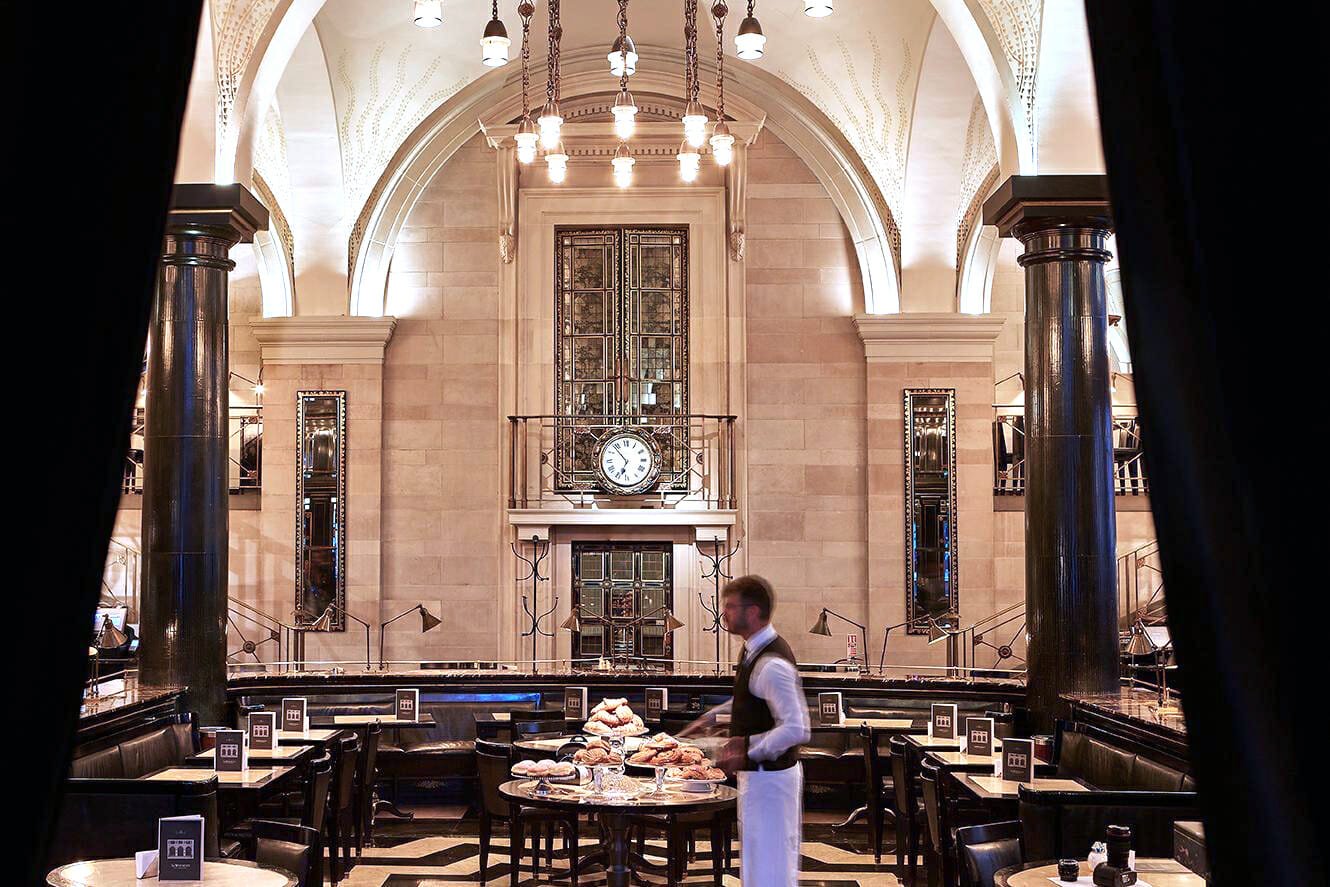 This potted history goes a little way to explaining The Wolseley’s idiosyncratic, elegant mix of styles, with the original monochrome, marble-clad flooring commingling with black and gold Chinese friezes on the walls; art deco doors; and staircases leading up to secluded dining areas at the back. And the menu more than lives up to its impressive setting.

Breakfast is served daily and includes an endless array of Viennoiserie baked on-site; ‘The English’, with all the trimmings; and grilled kippers with mustard butter, alongside simpler options like caramelised pink grapefruit and “The Wolseley Muesli”.

Which is a bit of a mouthful.

And later in the day, a quintessential Afternoon Tea is available in the form of cream scones, elegant cakes and finger sandwiches (accompanied by an assortment of teas and Champagne). 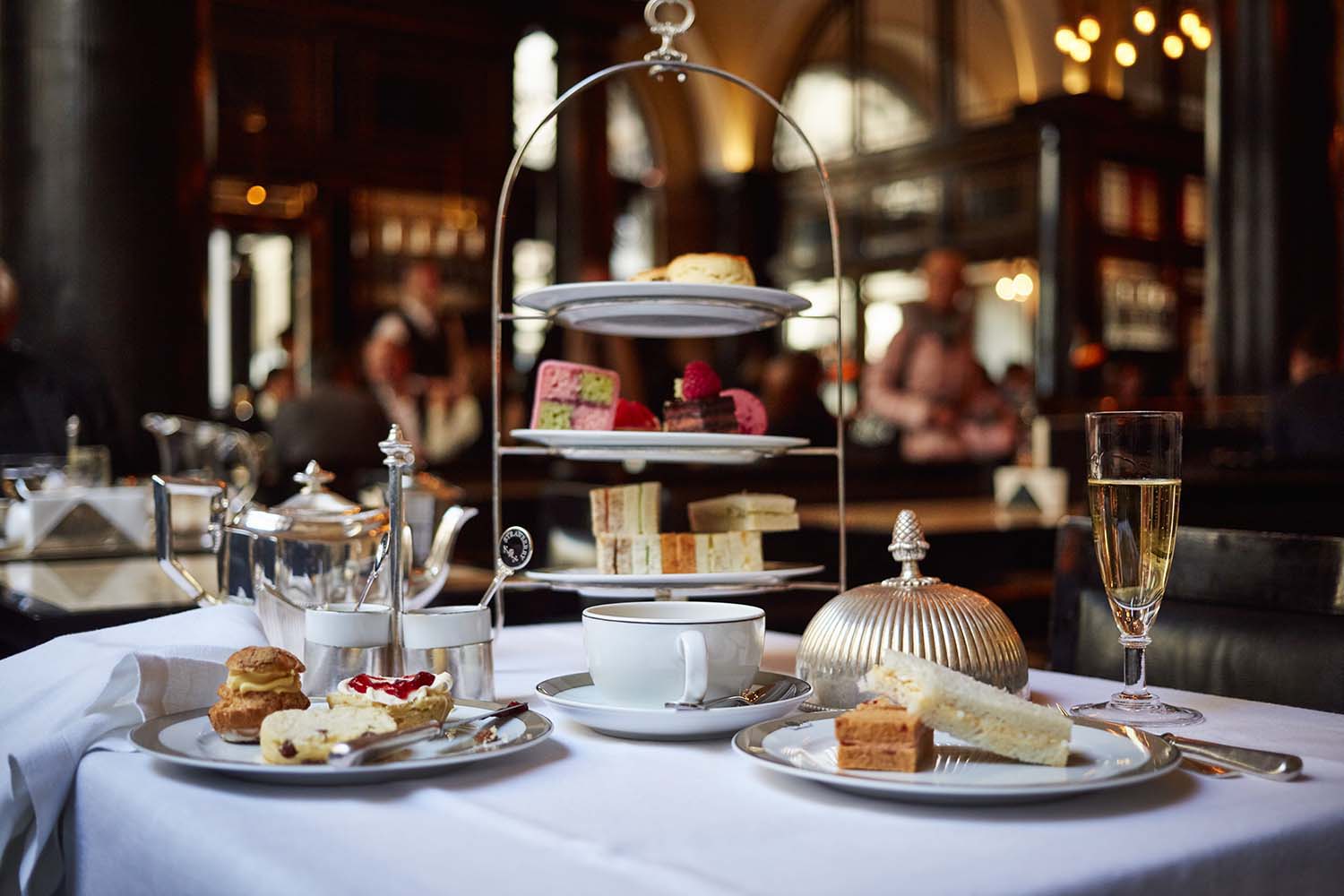 Lunch and dinner are bustling, brasserie-like affairs boasting an eclectic mix of dishes from oysters to caviar, schnitzel to snails; as well as a variety of steak, fish and game. There’s even an option to buy a bottle of Champagne online before your visit, should the idea of a waiter magically appearing and showering your guest in bubbles (figuratively speaking) sound appealing.

But of course like all grand cafés, there’s a wine list brimming with top quality whites and reds; calvados; armagnacs; and a couple of classic, excellently crafted cocktails to pick from too.

After which, The Wolseley will be even harder to spell.

NOTE: The Wolseley is currently open weekdays 7am-9.30pm and weekends 8am-10pm (9pm Sundays). You can reserve a table, and find out more, on their website right HERE.

Like finding the best places to eat? Check out our London Restaurant Bible