The man behind Union Street Cafe is none other than Gordon Ramsay.

Located on the corner of Union Street and Great Suffolk Street (right next to Southwark tube), its stripped-back interior of battered concrete walls and exposed brickwork embraces the industrial heritage of the area. On the menu: a daily changing selection of fresh and seasonal Mediterranean-influenced food, with all produce being sourced from either local suppliers or – for some of the more specialist ingredients – from Italy and across the Mediterranean. 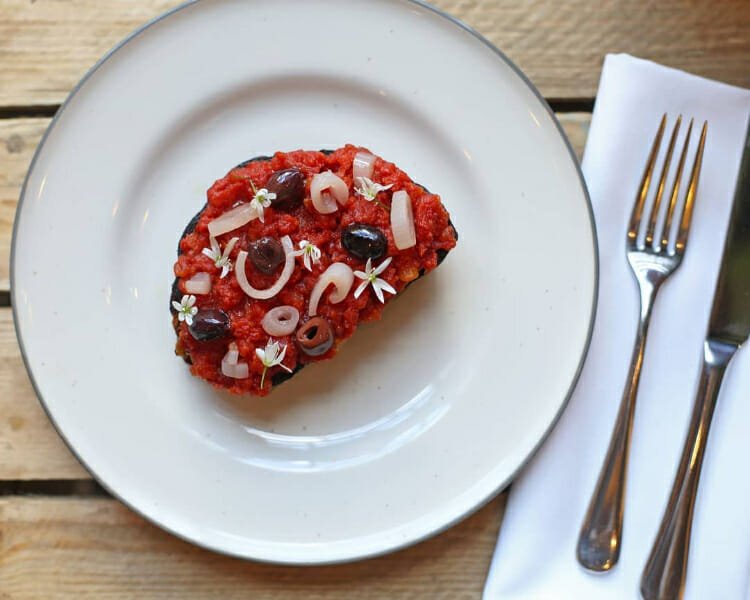 Confidently sticking to the success formula that has worked so well for him over the past three recent years – which has essentially consisted of not working with his father in law – Ramsay was rumoured to have taken on a new partner in Union Street Café: David Beckham.

Having initially discussed the idea of going into business together at Ramsay’s Bread Street Kitchen, in the company of Beckham’s sons Brooklyn and Romeo, the two bonded over their mutual appreciation for the art of naming their creations after places. Beckham wanted to name the new restaurant “Bread Street Café”, as that’s where their idea was conceived, however Ramsay’s strong preference for naming his restaurants after their actual location won out.

And so Union Street Café was born, and Beckham – who still thinks the name he came up with was better – has dropped out*.

*This is a completely made up story.

Like being in the loop about new openings? Check out our guide to recently opened restaurants in London