Vagabond N7 is a coffee shop with quite an original story.

After starting out as a ballet dancer in Lithuania, owner Dainoras Petrauskas decided to come to London with the dream of opening his own shrine to caffeine that would also serve as a ‘place called home’. He worked in restaurants, became a self-taught carpenter, and finally managed to personally build that home: Vagabond N4 in Stroud Green. It wasn’t easy – the fridge was plucked off the street, lights from the landfill – but he pulled it off.

The sequel, here in Islington’s Holloway Road, is much larger, but sports the same industrialised, unfinished, DIY aesthetic courtesy of the fact that they actually, you know, did it themselves. The space is filled with exposed brick walls and reclaimed wood benches (they’re comfortable too, as evidenced by the crowd of freelancers who park themselves here all day) and then some impressive displays of ingenuity, like the front door handle, which is made from part of an old coffee machine. 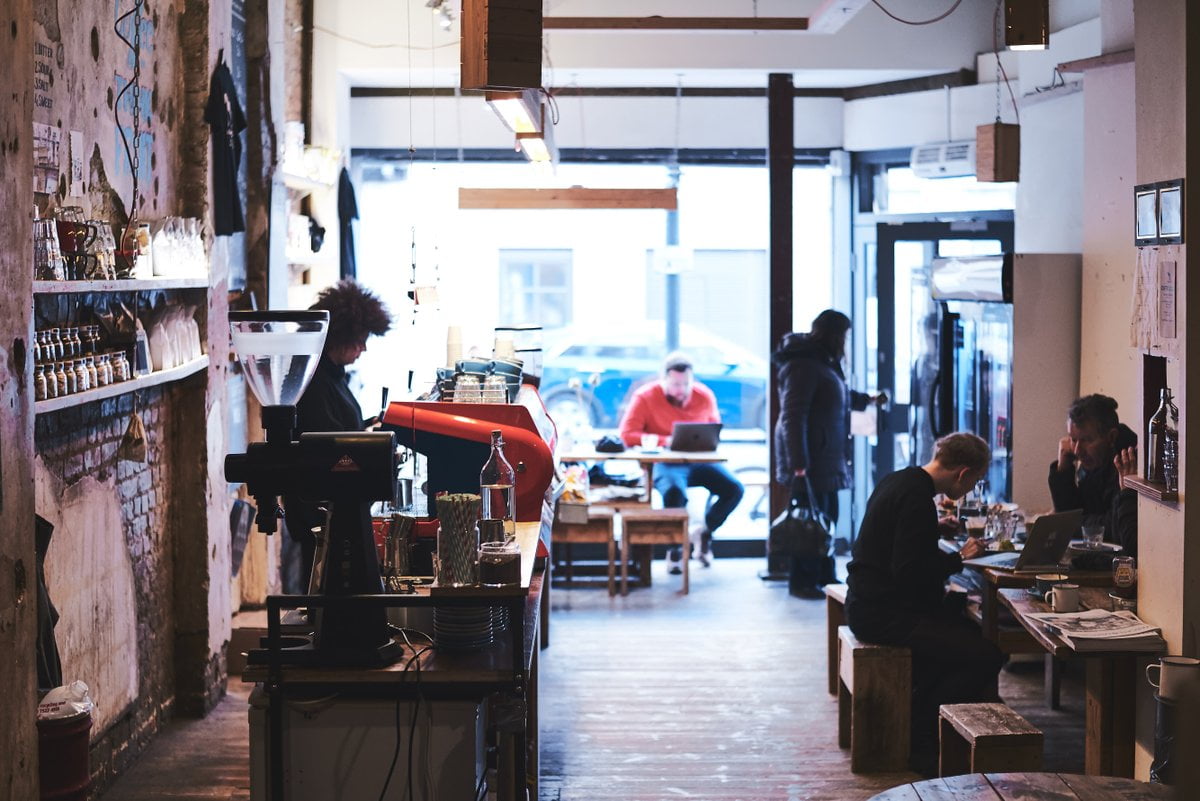 Speaking of which, they take their Java juice extremely seriously, even to the extent of roasting their own beans twice a week. Those beans come from all corners of the globe and to keep the coffee enthusiasts entertained, the speciality is constantly changing. On one occasion the source might be Myanmar, on another, China’s Yunnan province, or La Lomita in Columbia – a sustainable coffee-growing farm in the Valle del Cauca region that Vagabond has a direct trade relationship with.

Besides the bean, Vagabond takes its food seriously too and it shouldn’t be missed. Particularly the chance to eat brunch in their beautiful sun trap of a backyard. They offer loads of attractive vegan options (think Buddha burgers with quinoa patties and green tahini), but the pièce de résistance is the Vagabond breakfast – a heaped plate of grilled tomatoes, fried eggs, bacon, black pudding and a ‘Victorian sausage’, which is made bespoke for them by the butcher…

NOTE: Vagabond N7 is open daily. There are no bookings, but you can find out more HERE.

Freelancing? Check out our guide to the best cafés for freelance working in London.