Where The Pancakes Are

A stack of pancakes.

Something that has not escaped the attention of wonderfully named Dutch chef Patricia Trijbits, who has decided to open a restaurant dedicated to them in Flat Iron Square; giving it the most literal name possible. Pancake chefs can be so flippant.

The place itself has wooden, minimal Japanese/Scandi-style interiors that were constructed – entirely – in Amsterdam before being shipped whole to London, and installed in the railway arch they now call home. The pancakes, meanwhile, come as:

Including your classic American numbers with streaky bacon; some Australian corn fritters with avo & crème fraiche; Hummingbirds, which are covered in cinnamon-tossed pineapple, lime syrup, and pomegranate; and more. 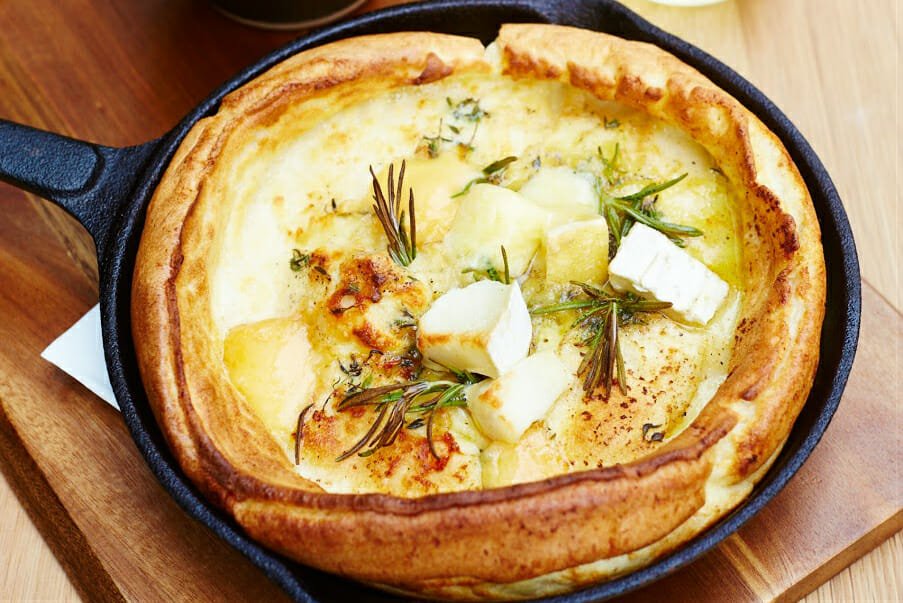 These come in a cast-iron pan and are allowed to rise, creating a small crater for sweet toppings like bramley & cox apples, blackberries, etc., and savoury ingredients like aged gouda, gruyere with thyme & rosemary, and more.

These are buckwheat only, and come with toppings like salmon & horseradish cream, smoked mackerel & salsa verde, or goats curd & poached grapes. And prosecco. Of course.

And talking of booze, Patricia noticed that the French tend to pair their crepes with cider, so thought it might not be the worst thing to have a fridge full of award-winning Norman, British, Welsh, and Australian apple-ales to go with the wines & coffees already on the drinks menu.

Thankfully, they don’t serve it flat.

NOTE: Where The Pancakes Are is open daily 9am-4pm (a bit later Fri/Sat). There is also now a second branch in Fitzrovia. You can find out more, and book a table, HERE.

Where The Pancakes Are | 85a Southwark Bridge Road, SE1 0NQ

Like being in the loop about London’s newest openings? Check out our excellent guide to recently opened bars and restaurants

Where The Pancakes Are