Anthony Demetre has been one of the most consistently great chefs of his generation.

Almost a quarter of a century ago, back in 1999, he was put in charge of a restaurant named Putney Bridge, at which he promptly won a Michelin Star. He then opened his own restaurant, Arbutus in Soho, at which he promptly won another Michelin Star. He soon cut the ribbon on another project after that, Wild Honey in Mayfair, where – you guessed it – he scored yet another Star. And when he moved the whole operation over to a hotel in St James’, it almost goes without saying that he regained his Star once more.

Well, this is Wild Honey’s new home. Its new hotel-based home is quite an elegant and most of all wildly spacious affair, with huge ceilings matched by toweringly high windows which, during the day at least. throw light onto handsome pale blue banquettes and mocha brown leather seats. Then, when the sun goes down, the place is lit up by the gigantic, thoroughly modern, halo-like chandeliers that hover over the tables. 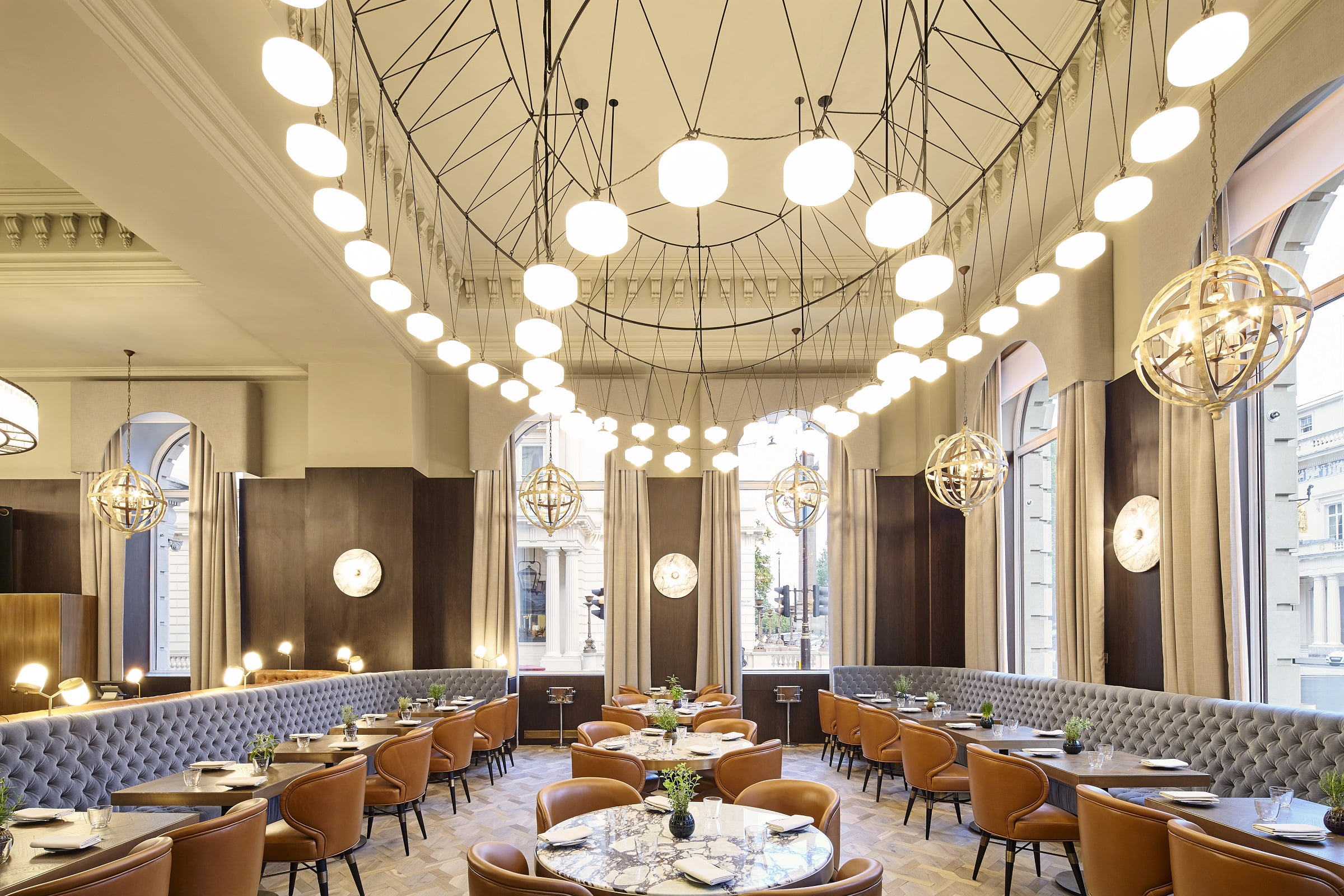 The food, believe it or not, is where the place really shines though. Demetre has always been a champion of affordable luxury (while it was open, Arbutus was the best value Michelin Star in the city), and that’s still the case here, for the most part. Prices are on an even keel with most of the city’s high-end brasseries, and maybe even a little cheaper in some cases.

Of the starters, the one your wait staff will definitely recommend – and for good reason – is the hand-cut macaroni, bolstered by a pair of crispy, boneless chicken wings and dressed in a silky cacio e pepe sauce. It’s sensational. Following that, you can’t really go wrong with the lamb (served with roast sand carrots, fresh ricotta & wild honey); or the Delica squash, which is sided by burrata & grilled Swiss chard. 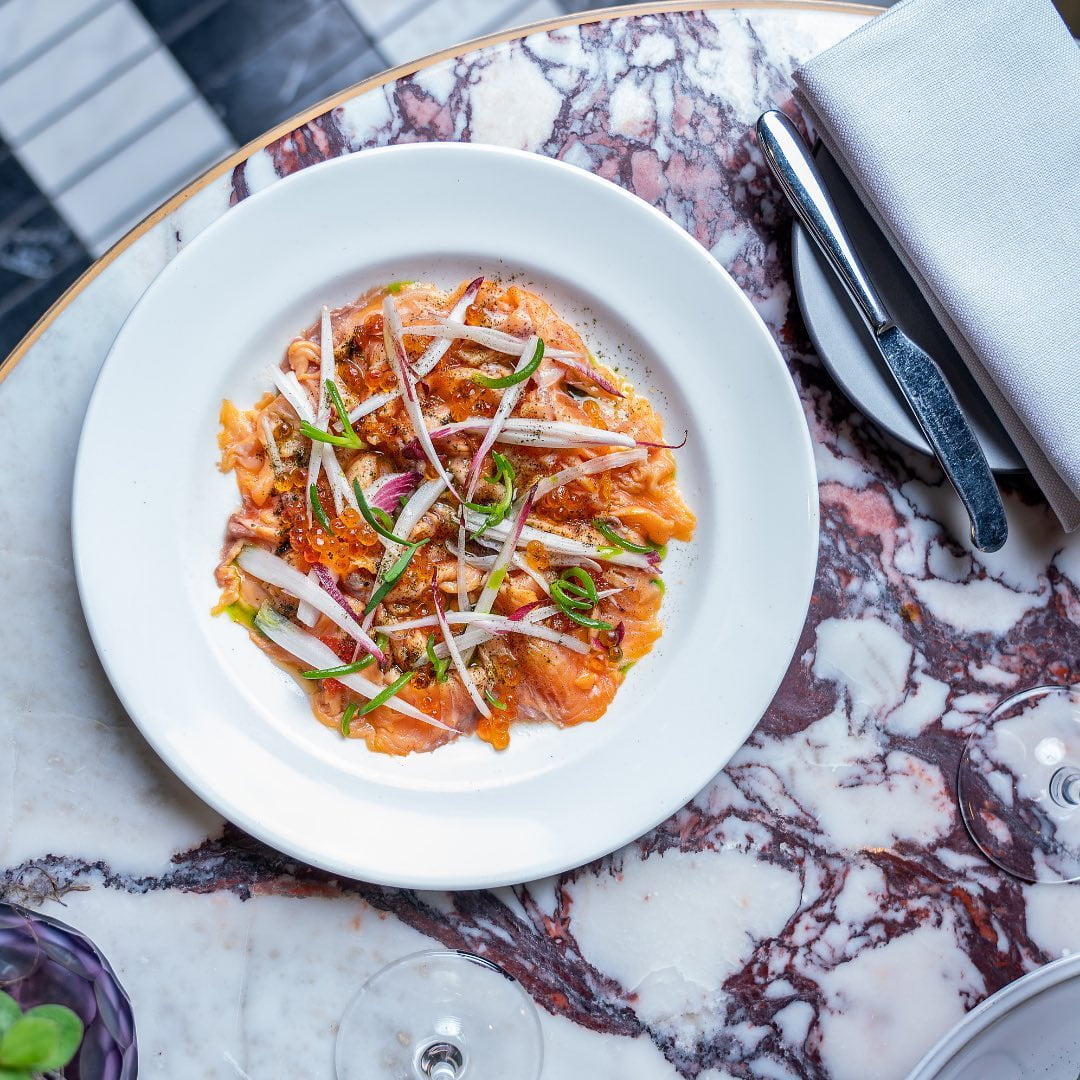 For dessert, the signature wild honey ice cream seems like the obvious choice (it does come with raw honeycomb & a freshly baked lemon Madeline after all)… but there’s always a chance they’re making the classic Tart Tatin. It’s gigantic, and worth the exquisite pain of trying to cram it into your stomach.

There’s plenty of globe-spanning wine to wash this all down (including a couple on tap), as well as a short list of cocktails, and even some house vermouth. Thanks to Anthony Demetre the food will be delicious, the bill will be reasonable, and unlike tasting actual wild honey…

…you won’t get stung.

NOTE: Wild Honey St. James is open now. You can find out more, and make a booking at the website right here.