Willows On The Roof Of John Lewis

Willows | On The Roof Of John Lewis

It’s a little too early for John Lewis to grace us with its annual Christmas ad weep-fest, so instead they’ve filled the gap with something that may well be even better: Willows.

It’s a rooftop cocktail joint & restaurant slapped right on top of their Oxford Street flagship, and it’s alluringly sleek. The whole operation comes courtesy of Night Tales, who already run an excellent open-air food, drink & music-loaded terrace in East London. Only that place is at sea level. This place, on the other hand, overlooks half of W1… In fact, they’ve even provided little viewpoints specifically for gazing smugly out upon the throng of pedestrians below. 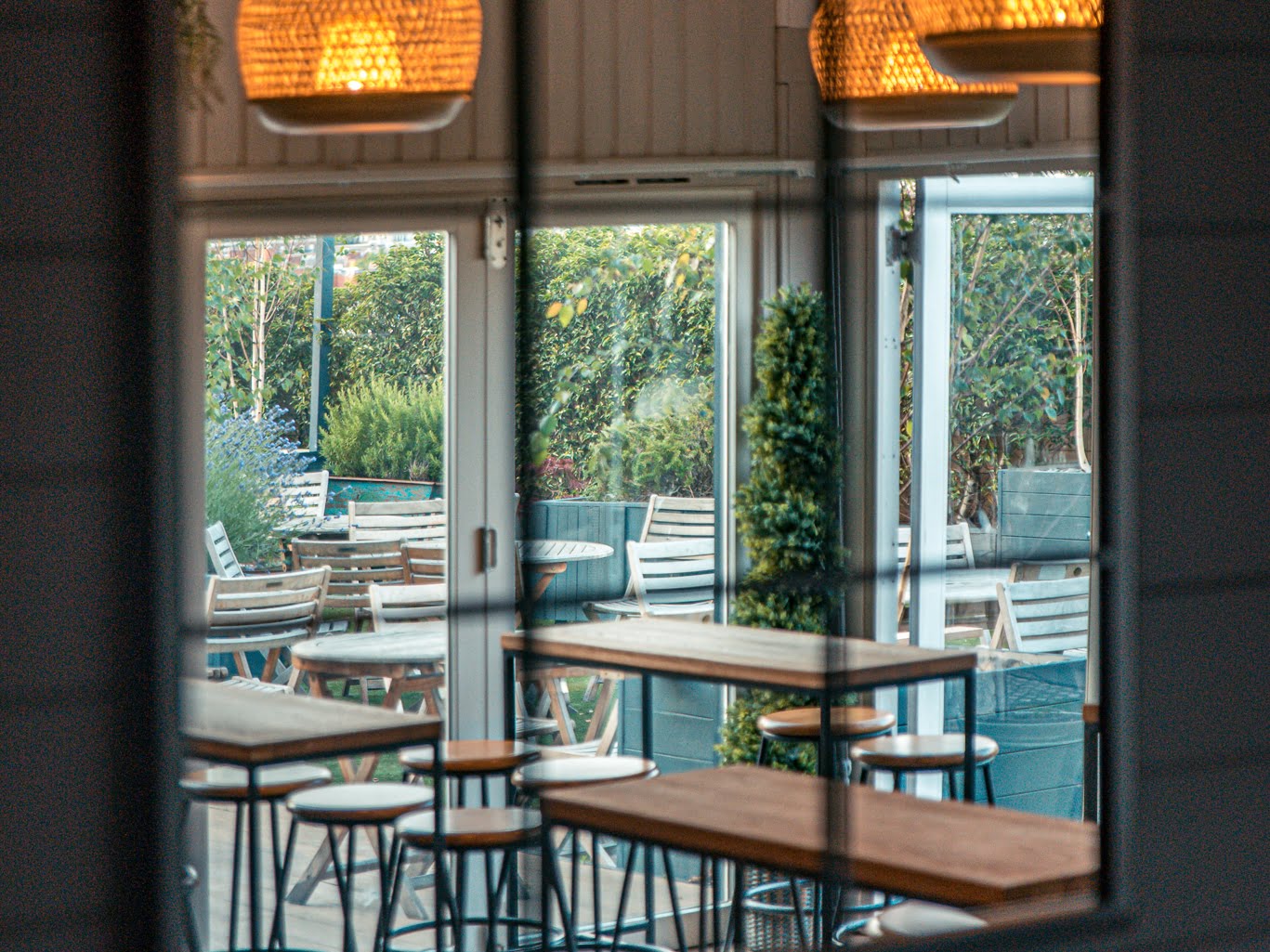 It also has the same footprint as the huge shopping floors below it, making it one of the largest roof gardens around. Onto it, they’ve thrown in a veritable forest of willow trees (hence the name), plus sun decks,  DJ performance areas, and little personal cabins dotted throughout, just in case mister raincloud decides to come and re-introduce himself (though you’re presumably fairly well acquainted already).

The food – which going forward will come courtesy of a rotating roster that includes Farmbird, Tacos El Ray & Happy Endings –  is initially being served up by Giz’n’Green – that is, chef Gizzi Erskine & songwriter Professor Green. They’re cooking up some first-rate pizza pies which uniquely combine the refined pleasure of slow-risen rye biga sourdough with the carnal satisfaction of stuffed crusts, all then flash-cooked it all in a wood-fired oven. Toppings include all the classics (marg, pepperoni, Hawaiian) with house specials like meatball marinara or garlic & mushroom.

And as for the drinks situation? They’re supplied by Background Bars who’ve managed to find space for both a regular bar serving bevs from strictly London-based breweries, and a specialist gin bar for the likes of gimlets, dirty martinis, or a yuzu & elderflower Collins…

Your move, House of Fraser.

NOTE: Willows opened on 22nd July. You can check out their website, and make an advance booking right HERE.

Like high altitude cocktails? Take a peek at our London Rooftop Bar Guide

Willows On The Roof Of John Lewis