It all starts, as so many stories do, with a Japanese lorry driver in the year 1969.

His name was (and still is) Masatoshi Ogata, and he had a simple dream: to stop driving lorries, and open his own ramen shop. So he spent three years perfecting his own recipe, getting friends & family to test it (“Another bowl of ramen? Ugh, fiiiiine.”), then built his restaurant with his own hands using scrap wood from a local school.

Skipping almost half a century later, and in 2017 Masatoshi Ogata himself opened his first London location, where he personally oversaw operations in the kitchen. And a mere one year after that, he opened this – a new branch in Soho, located in its own Shaftesbury Avenue space lined with pale slatted oak and hung with paper lanterns. 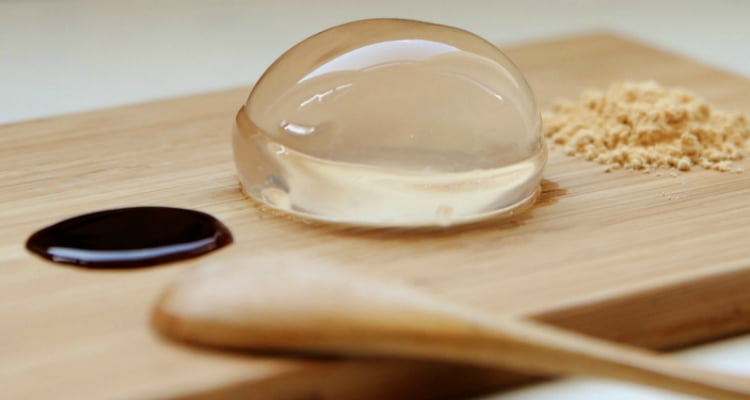 The menu here follows the traditional Yamagoya recipe, with classic Japanese small bites (fried pork gyoza, chicken kara-age with a yuzu mayo, etc.) followed by nourishing bowls of ramen, and the standout dish is the signature ‘Yamagoya’, which is made with a tonkotsu broth and garnished with Japanese chashu pork belly, marinated bamboo shoot, Kikurage mushroom and nori.

And for dessert? Well they’ve only gone and brought back their famous, completely transparent Raindrop Cake which first debuted in London in 2017.  But should you try it?

The answer is clear.

NOTE: Yamagoya Soho is open for both lunch and dinner all week long. Check out their website right HERE.