Ohhhhhhh what a beautiful morning – it’s still possible to snag tickets for the smash hit revival of Oklahoma! (the exclamation mark comes with the title, but frankly we’d have been tempted to add it regardless), which is playing at the Young Vic until mid-June.

On the seventy-fifth anniversary of Rogers and Hammerstein’s musical, director Daniel Fish’s production has breathed new life into the tale of an American frontier town in former Indian territory, on the verge of acquiring statehood. 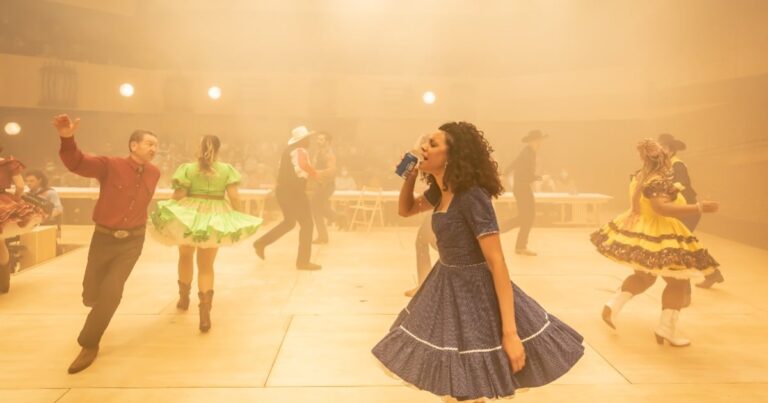 Though not a word of the show has changed, Fish’s production shakes up the show and makes it feel bracingly, exhilaratingly modern. The lights are up, the audience are right up close to the action (including a few sat on stage-side tables, not dissimilarly to the triumphant Cabaret currently playing at the Playhouse) and the music is played by a small band who remain onstage throughout – as, in fact, do the cast. The twelve-strong cast attack the script with vigour and ceaseless energy, with Marisha Wallace particularly compelling as the flirtatious Ado Annie. It’s funny, it’s dark, it’s sexy, it’s electrifying, and it’s loaded with full-throated bona fide musical theatre classic songs. 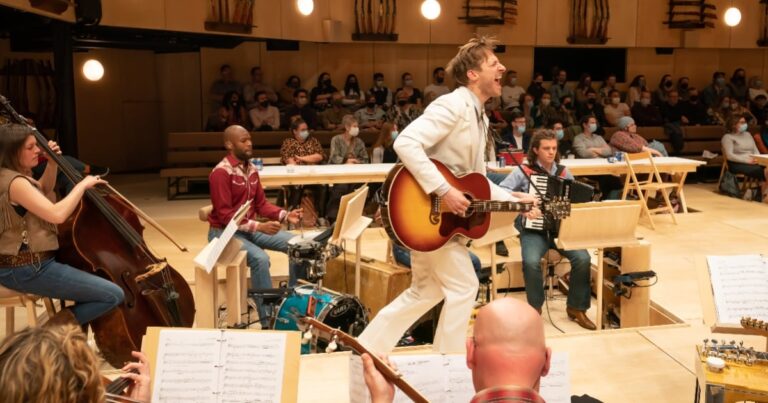 Having won a Tony Award for Best Revival of a Musical in its Broadway run, the show has been met with adoring notices in London, too; scoring ★★★★★ reviews from the Telegraph (“Punchy, playful and sexy, this Oklahoma! is an absolute knockout”), WhatsOnStage (“A masterpiece…absolutely revelatory”) the Metro (“Exceptional”) and Financial Times (“Stunningly reimagined”).

Just like Ado Annie, the girl who famously ‘Cain’t Say No’, only the hardest hearted would manage to say no to this lusty, rollicking reinvention of an old classic. Will you have the time of your life? Ohhhhhh (klahoma!) yes you will.

NOTE: Oklahoma! is playing at the Young Vic until June 25th. You can find out more, and get tickets at the website right here.