Just when you thought holidays couldn’t get any better than St. George’s Day (right??), in strolls Burns Night and informs you that it basically requires you to drink whisky and dance.

For those unfamiliar, it’s an annual celebration of the life of Robert Burns, the national poet of Scotland. You probably belted out a verse of his most famous poem, Auld Lang Syne, a few weeks ago at New Year’s Eve. The man certainly enjoyed a good party, and traditionally a good Burns Night shindig involves whisky, haggis (which has a poem read to it), more whisky, bagpipes, kilts, sometimes a little dancing, and always a lot of merriment. 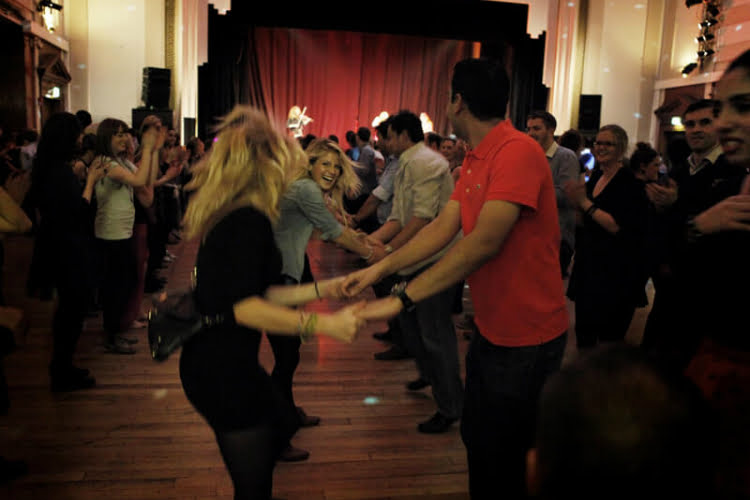 For the Ceilidh Club, Burns Night is all about ceilidh. Crazy, huh? And given that they generally try to pull out all the stops anyway, to make this most sacred evening all the better they’re basically flinging the stops across the room. There’ll be a live band, a caller, three hours of dancing, an addressing of the haggis, and – surprise – some haggis (plus neeps & tatties).

Fiddle Paradiddle – also known as ‘London’s wildest ceilidh band’ – will be talking you through the moves at this ceilidh in an atmospheric Balham church, as well as providing some ‘nu-folk’ to dance to as the night wears on. Not before, of course, you’ve had a Burns night feast with haggis, neeps, tatties, and some sort of whisky based pud… They’re not animals. 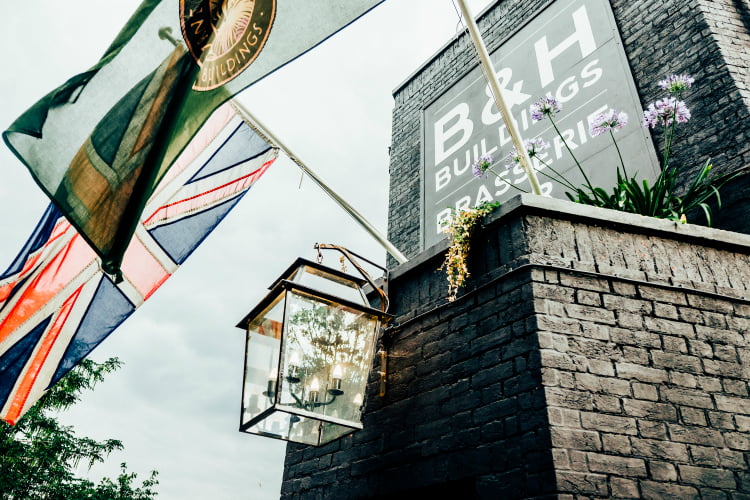 There’s nothing quite as quintessentially English as celebrating another culture’s national day slightly more fervently than your own. You know, just so they don’t feel bad and such. Which explains why the fine chaps at Bourne & Hollingsworth are putting on a traditional Burns Night in London, complete with whisky cocktails; a drinks-paired, five-course banquet; the addressing of the haggis; a Burns poetry-reading competition (trickier than it sounds after the aforementioned cocktails and drinks-paired banquet)… aaand live music and ceilidh dancing. 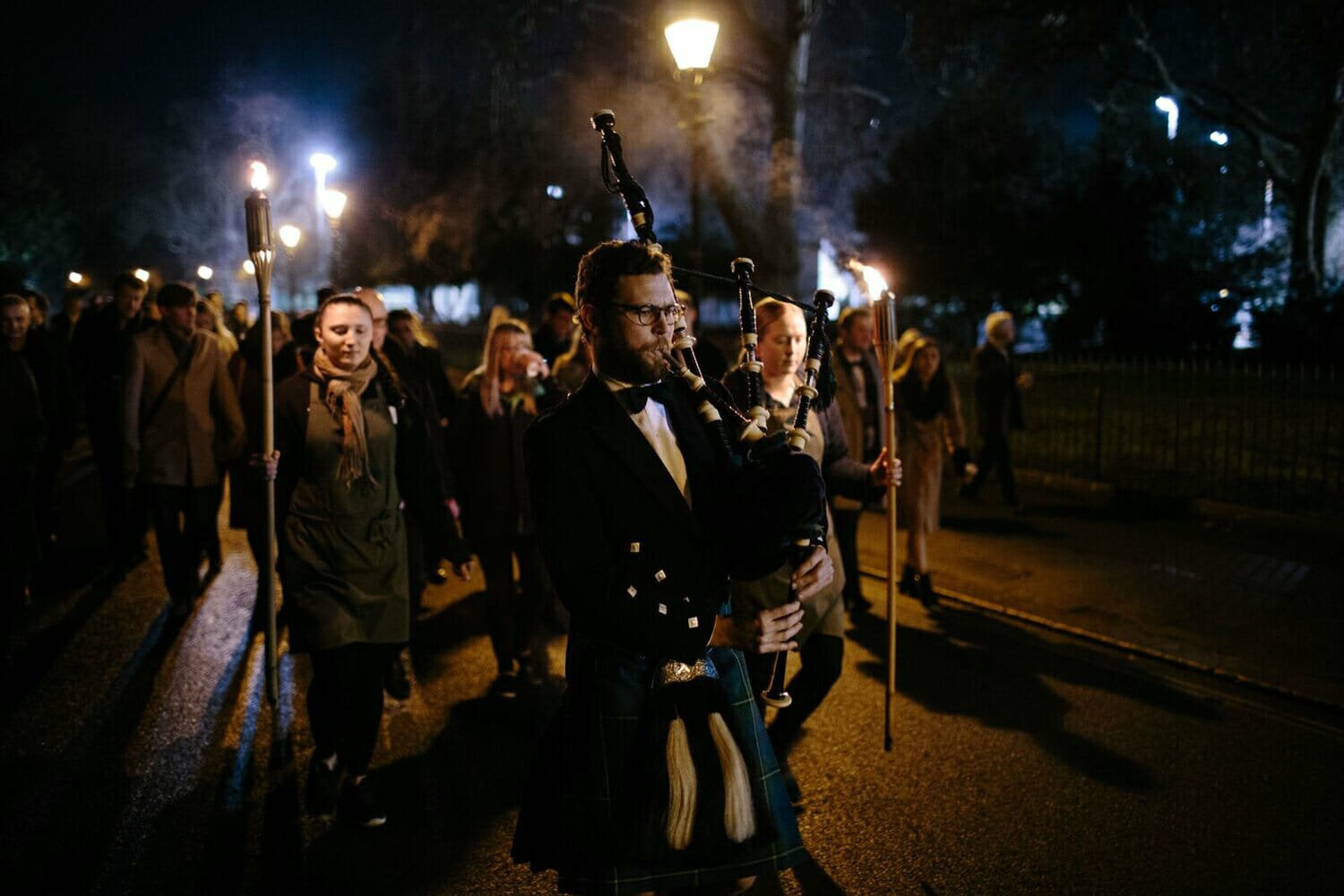 Putting on a typically atmospheric celebration is the Pear Tree Café, who’ll be hosting a grand lantern-lit bagpipe procession through Battersea Park by night (fuelled by hot toddies), before lavishing you with a traditional five-course Burns Night feast in their café overlooking the boating lake. 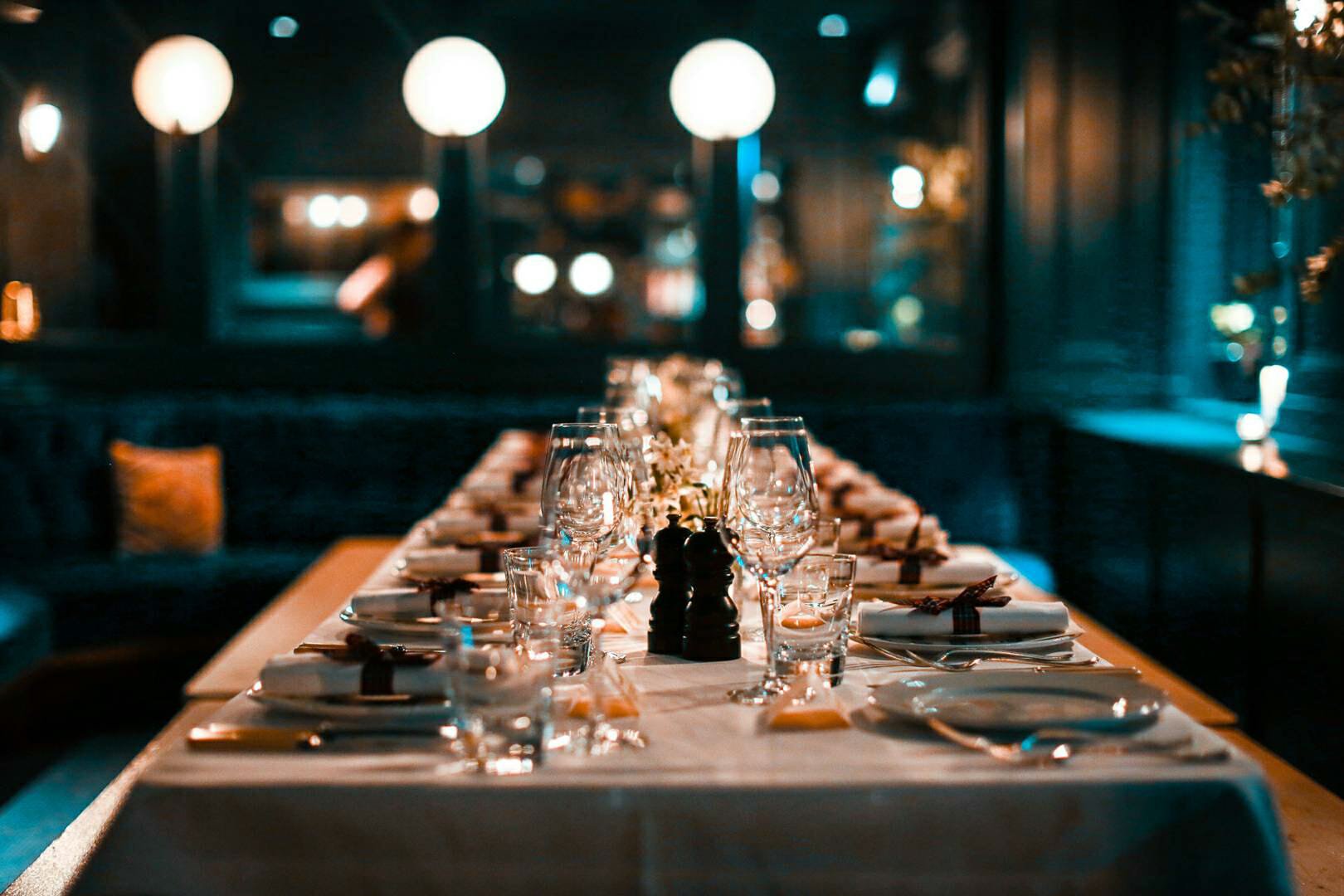 Black Axe Mangal’s Lee Tiernan and the inimitable Jeremy Lee of Quo Vadis join forces for a Scotch feast served in QV’s elegant private dining rooms. The menu’s still under wraps, but there are rumours of bagpiping, Jeremy in a kilt, and something called ‘c**ty biscuits’.

You’ll want to watch out for Neil Rankin’s temper on Burns Night.

Because it’s at his City branch that he’ll be serving up a four-course feast of haggis tacos and other such tasty twists on tradition, each paired with a dram of whisky, and keeping the celebrations going until 2am.

This Burns Night, Richard Corrigan will be laying on a 5-course feast with a whisky flight to match at his Mayfair restaurant. You can expect Orkney scallops with seaweed butter, beef Wellington with haggis, neeps & tatties, and some citrus-poached rhubarb. Corrigan’s own doorman, Paddy, will be on the bagpipes reciting ‘Ode to Haggis’. 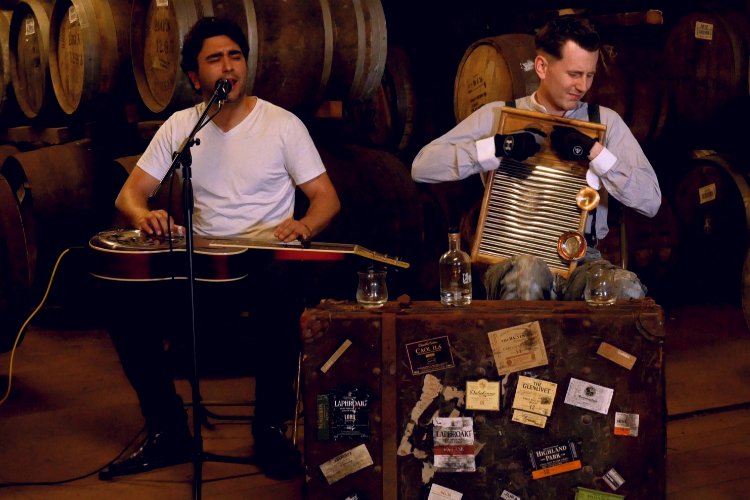 Rhythm & Booze pretty much already sums up your typical Burns Night. But just to make theirs extra-special, this duo will be pairing their live music with an open whisky bar. Oh, and veggie haggis canapés. 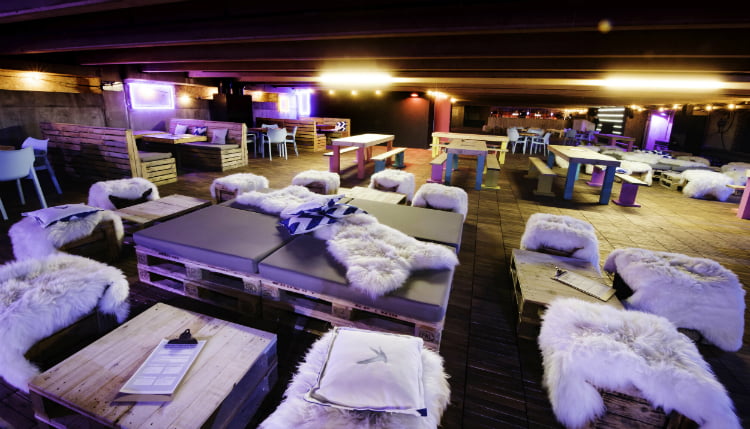 Skylight are closing out their winter period with a cray good value Burns Night party: for five pounds you’ll get a free whisky cocktail on arrival, some live bagpipers to welcome you, a special Highland dance performance, access to a whisky tasting, the traditional piping of the haggis, and a DJ all night. Not too shabby for the Rabbie. 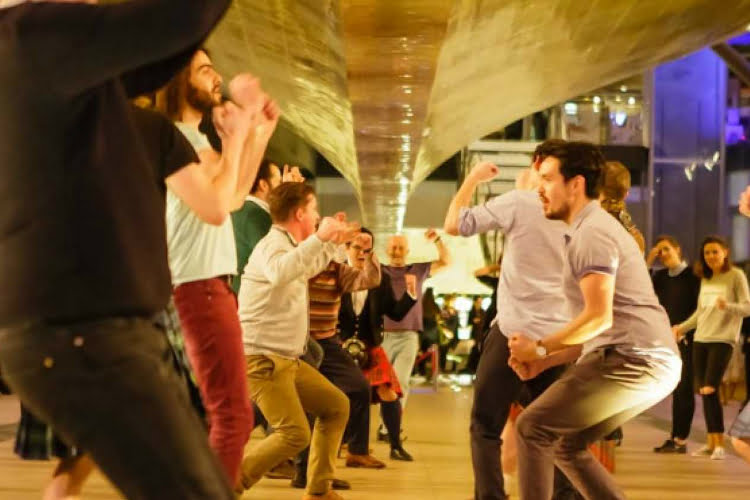 Little known fact: The 150 year old Cutty Sark is named after a Rabbie Burns poem (Tam o’Shanter), which makes it an extremely appropriate place to celebrate Burns Night. Slightly better known fact: you can head down to the gabled ship on Burns Night and get haggis, whisky, pipers, and a nice ceilidh dance with live music underneath the huge copper-bottomed hull. 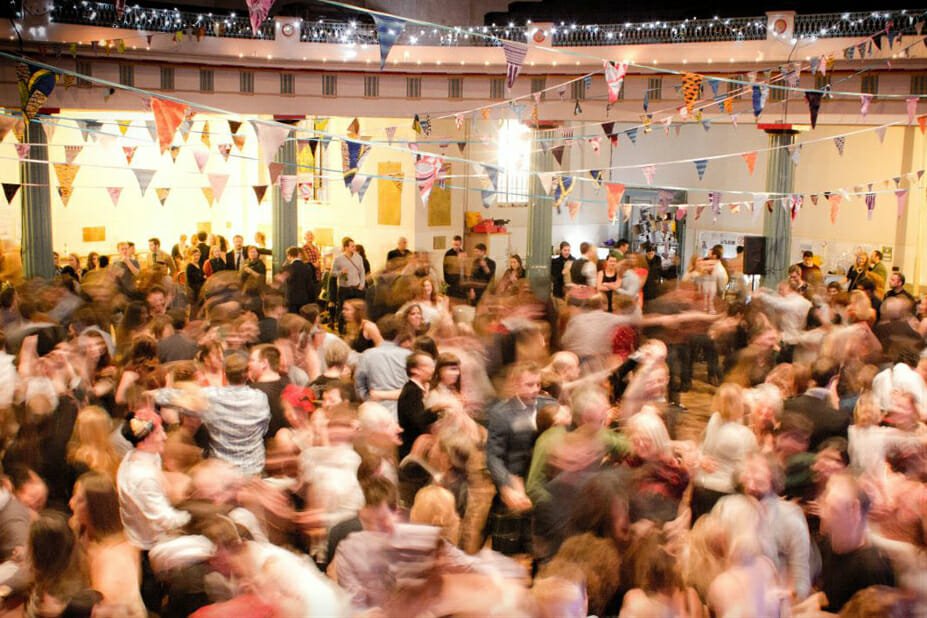 The Ceilidh Liberation Front are a radical folk band who enjoy “subverting the lore of Ceilidh with their energetic folk dance regime.” And if that involves hurtling round a church hall in Dalston to a foot-stomping band, a well-stocked whisky bar and a haggis feast (with a vegan alternative), then it’s the kind of regime we can get behind. 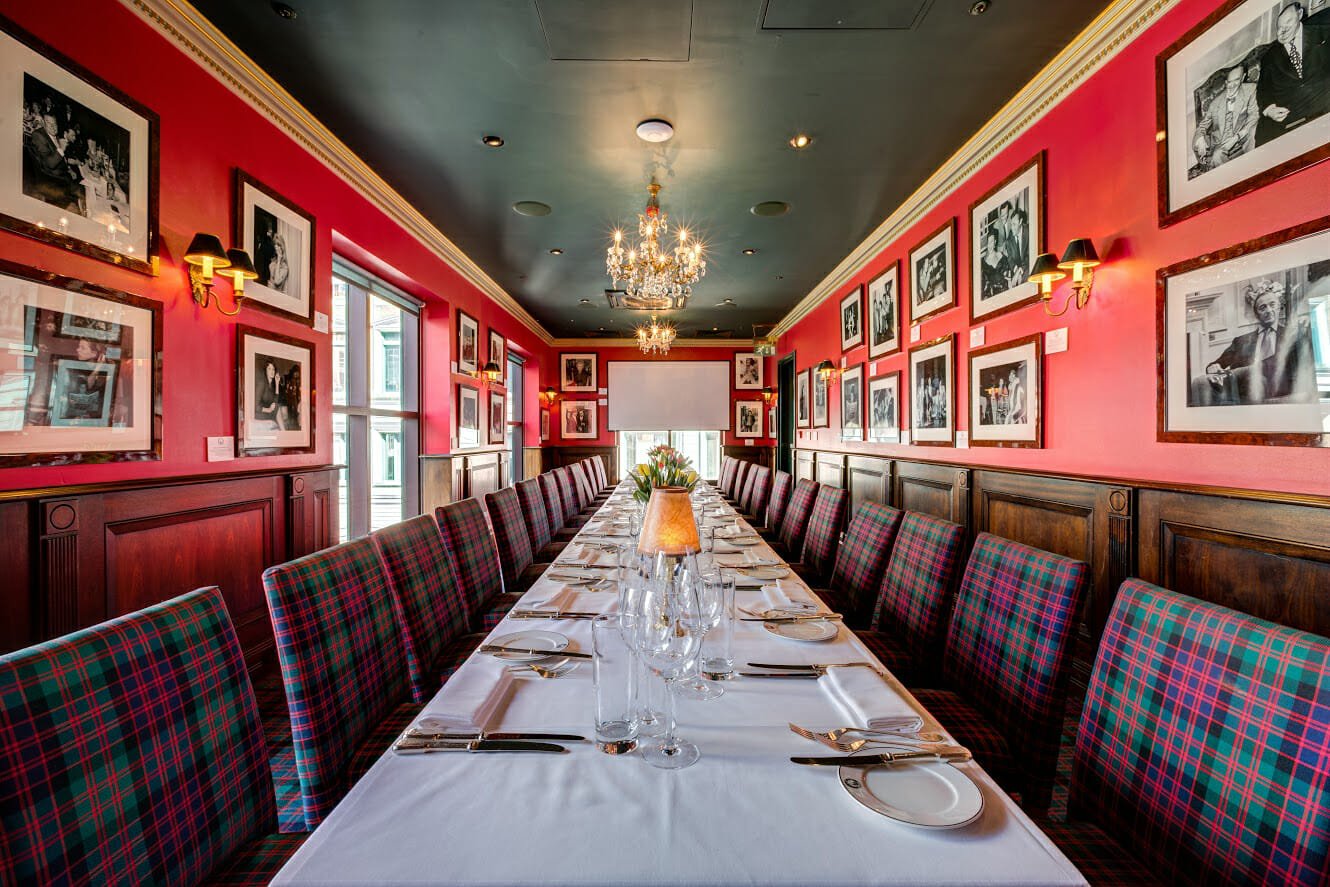 Boisdale variously describes itself as having “the world’s greatest whisky bar,” hosting “the best live music in the capital,” and being “Scotland’s unofficial embassy in London”. Also, there’s tartan. Lots of tartan. So there are probably worse places to raise a glass to Burns – especially when they’re putting on a Rat Pack styled night of live music, alongside the more traditional piping and haggis serenading.

Like Scottish food? If not, don’t be so judgmental, it’s delicious. Here’s a restaurant that proves it.