There are two ways to get yourself into Abney Park Cemetery…

Either the main gate, or the smaller entrance on Church Street. They’re not currently accepting new burials.

But given that the place has been around for almost 200 years, it should come as no surprise that’s it’s full. It’s one of the ‘Magnificent Seven’ cemeteries created in the Victorian era to help ease the overburdened parish churches – for the curious, the others are in Highgate; Kensal Green; West Norwood; Brompton; Nunhead; and Tower Hamlets. It was actually originally laid out as an arboretum, and in the 1970s the cemetery company went into administration leaving the place abandoned. Thus, it spent several years growing wild, and developing a rather unique character until it was taken over and reimagined as a kind of park that just happens to have a bunch of dead Victorians buried in it. 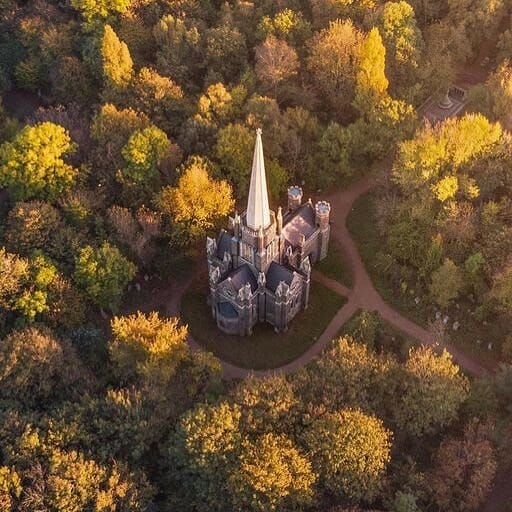 Now if you head down there you’ll find, perhaps ironically, an extraordinary amount of life . There are over 2.5k varieties of plants inside its 13 hectares, and hundreds of trees from around the world, many of them as old as the place itself. There’s even a 170 year old Weeping Holly. And thanks to the fact that the trees themselves were planted in alphabetical order around the perimeter of the space, you’ll find it roughly near the end. In those trees, there are thousands of rare birds, bats, moths, butterflies, owls, insets, and fungi. The fungi in particular are species that can only grow on trees in a very specific state of decay which this park just happens to be full of.

Right in the middle of it all, there’s a beautiful Gothic chapel with a steeple stretching 120 feet into the air. And around that, you’ll find the graves. A few of the more notable inhabitants include William & Catherine Booth (founders of the Salvation Army); Betsi Cadwaladr (a Welsh nurse often referred to as ‘the forgotten Florence Nightingale’); Joanna Vassa (daughter of Britain’s first black activist); William Tyler (the first police officer shot and killed on duty); and Frank & Susannah Bostock (lion tamers, who were basically the Attenboroughs of their day).

Should you want a little guidance around all of this, you’ll be happy to know that there are regular walking tours.

The guides will be happy to answer any grave questions.

NOTE: Abney Park Cemetery is open now. It’s completely free to visit, and you can find out more about walking tours & facilities on their website right HERE.

Looking to grab a post-walk bite? Take a look at the best restaurants in Stoke Newington.