Action Against Hunger | Dinner At White City House From Superchefs

Get Dinner At White City House From A Team Of Superchefs

Action Against Hunger | Dinner At White City House From Superchefs

NOTE: Thanks to an incredible response, tickets to the dinner are now completely sold out!

Next Wednesday, Action Against Hunger are hosting a special charity dinner at White City House.

To briefly unpack that: Action Against Hunger are a global charity dedicated to saving the lives of malnourished children. They do so by improving access to clean water, food, training and healthcare in developing countries. White City House, on the other hand, is the plush West London branch of Soho House set in the former BBC Television centre.

And yes, that stark contrast may well give you a slightly guilt-laced Hunger Games vibe – to be immersed in such unfettered luxury while ostensibly thinking only of the planet’s least fortunate. But if it can give the cause the attention it deserves and – more importantly – persuade people to part with their hard-earned cash, then it’s precisely what the evening needs. 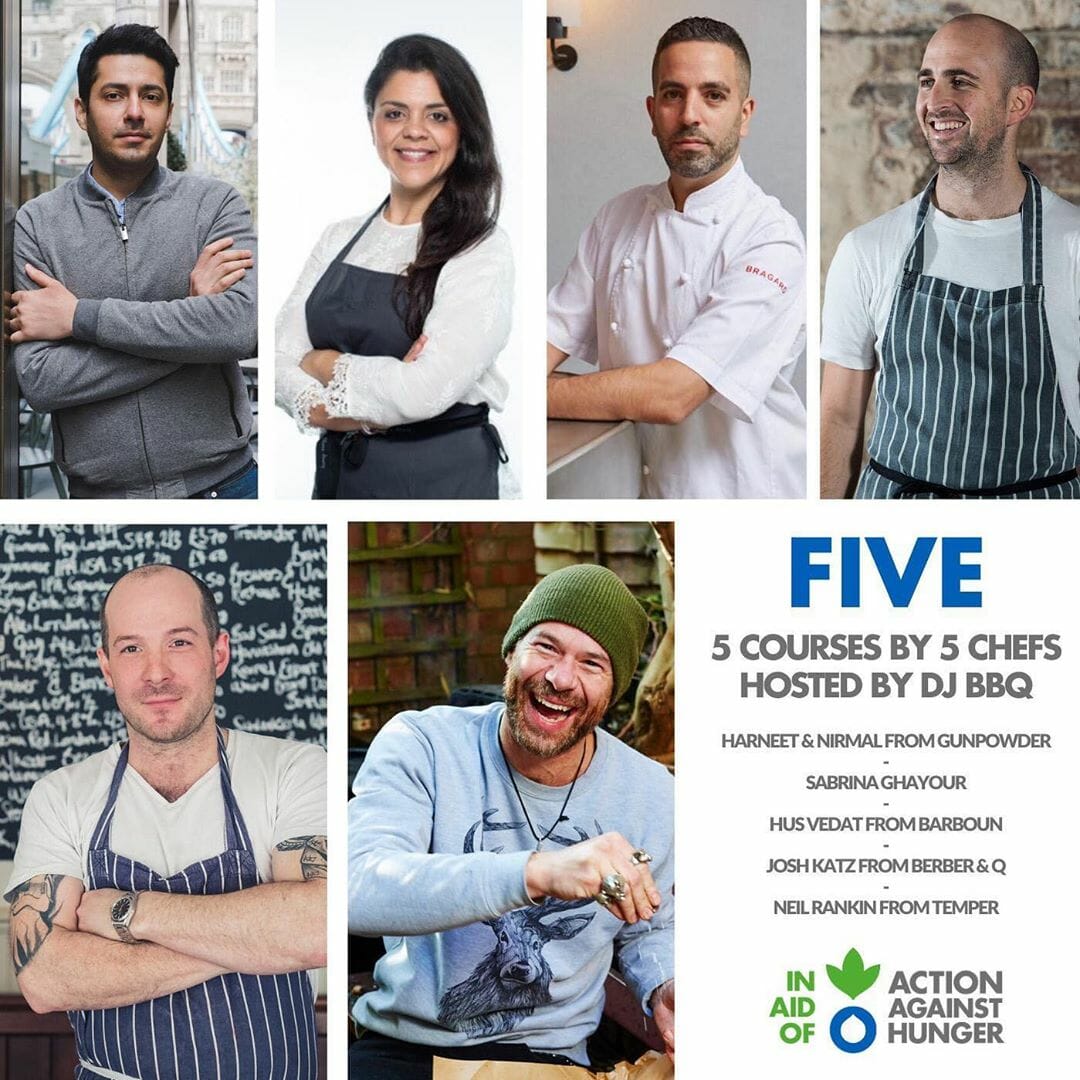 This will be one of the very few times the House will be open to non-members (as long as they have a ticket to the dinner). It’ll be hosted by DJ BBQ (TV chef, cookbook author, DJ, BBQ aficionado, etc.) and there’ll be five courses in all, each from different top-quality chefs:

After dinner, there’s the charity auction, which will include a wealth of excellent prizes provided by the likes of Soho House, with a party going on until 1am.

In short, it’s an excuse to have a good time, and guarantee that you’ll feel very good about it.

NOTE: Action Against Hunger’s dinner at White City House takes place on Wednesday 29th of January 2020. Tickets cost £55 for all five courses, and you can get them right HERE.

OTHER NOTE: Thanks to an incredible response, the tickets to the dinner are now completely sold out! Which is very good news for a whole lot of children whose lives will likely be saved, and bad news for anyone who wanted tickets.