Come April next year, Ai Weiwei will be making sense.

Not that he hasn’t done before, he’s normally pretty clear in the messages he wants to put across…

It’s actually the name of the artist-activist’s latest major show which will be landing at the Design Museum this Spring, running from 7th April – 30th July 2023. 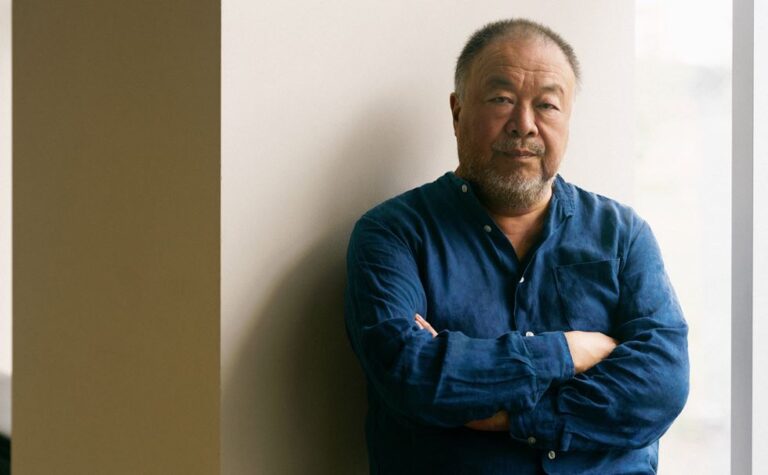 The ultra-sleek London museum has recently announced its 2023 exhibition schedule – which also includes shows about the sari and skateboards – and the art icon will be taking up the headline slot. Making Sense will mark Ai Weiwei’s first dabble into the world of design, where he’ll interpret the genre through a display of his recent work, stuff that he’s never shown to the public before, and pieces commissioned solely for this show. In New York, Germany… everywhere really, the man is a massive deal, known for his ground-breaking conceptual art and then, almost equally, for what he gets up to when he’s not doing that: his life-long slog with Chinese authorities in standing up for human rights and against censorship.

Making Sense won’t be Ai Weiwei’s first rodeo in London; he’s been in the capital many times before where his work most notably has been displayed up on the bright lights of Piccadilly Circus’ LED boards; in a retrospective at the Royal Academy of Arts; and at the Tate Modern, where his legendary Sunflowers Seeds piece (made up of 10 tonnes of handcrafted porcelain seed replicas) managed to pull in tens of thousands of visitors. In general, his career portfolio – sculptures, photos, documentaries installations – all tie in with his battle against social and political issues, and Making Sense will, well, try to make sense of materialism. It’ll be a ‘meditation on value – on histories and skills that have been ignored or erased’, all the while taking inspiration from the artist’s interest with ancient Chinese artefacts. Old-school craftsmanship vs urban development. Humans vs machines. Expect those kind of debates to be tackled…

Also, on top of the Ai Weiwei news, The Design Museum announced that they will be extending their ASMR exhibition until April, as it’s proven to be incredibly popular.

NOTE: Ai Weiwei: Making Sense will be at the Design Museum from 7th April – 30th July 2023. Tickets cost £15, and you can purchase them on the website right HERE.

Love an exhibition? Then you might also like our guide to what’s on at London’s best art galleries…