It’s not often we get excited about a hybrid beam-suspension bridge built to the Ordish-Lefeuvre principle.

But it happens that the only surviving one in the world is in Chelsea… and it’s also very beautiful.

Prince Albert lent his name to many things, but this is one of the more romantic. Built in the 1870s, it was given its striking pastel colour scheme in 1992 to stop boats crashing into it (you know, because of all those old pirate ships zipping up and down the Thames). In the daytime, it looks like something plucked out of Disneyland – but in the evening, you’ll see it festooned with 4,000 twinkling lights. 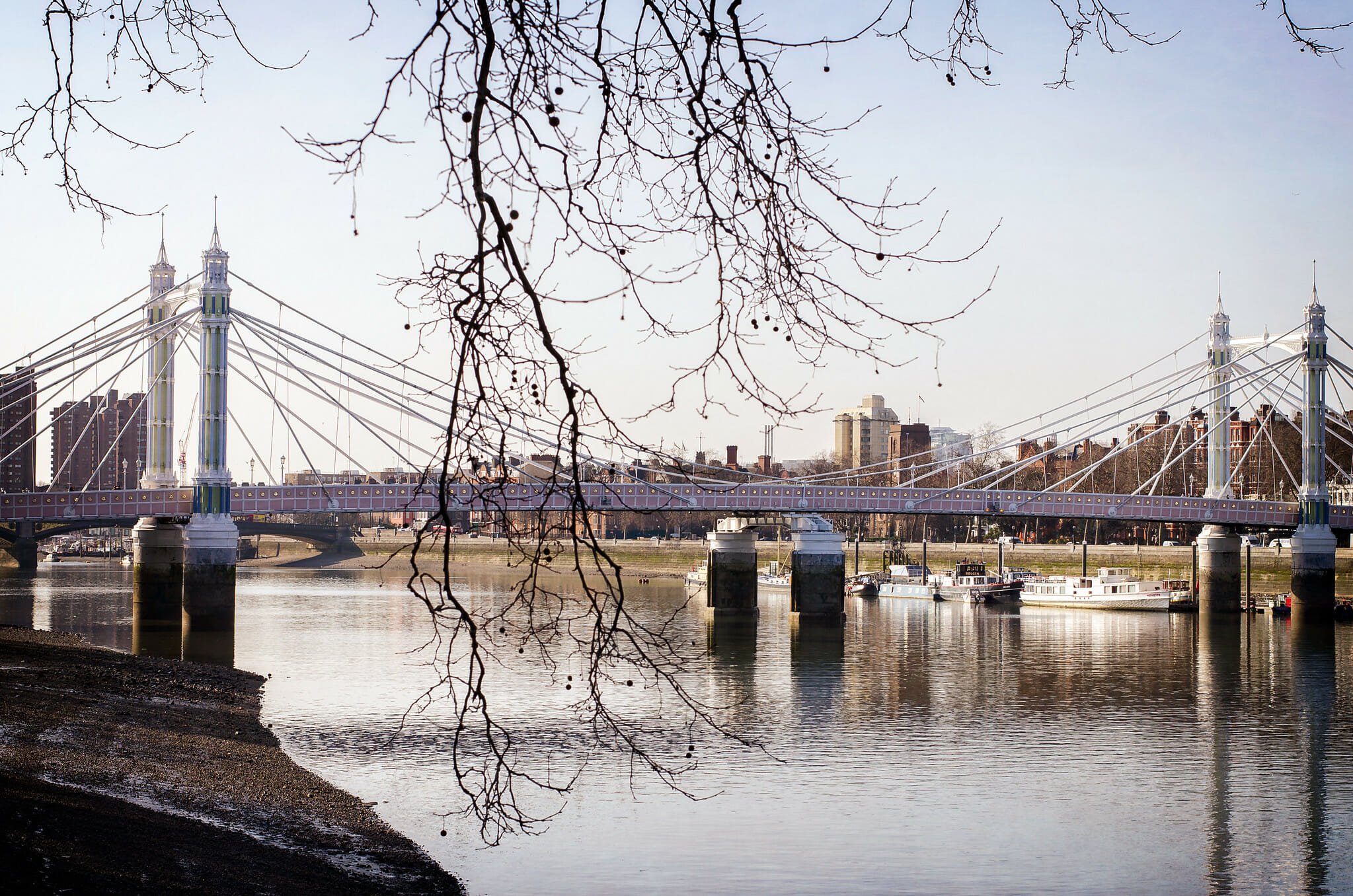 Granted, once you’ve seen it, there’s not an awful lot to do with it, except try walking across in perfect synchronicity to see if it collapses. It was basically the Millennium Bridge of its day, earning the nickname ‘The Trembling Lady’ for its tendency to start wobbling whenever people walked across it at the same pace (as ladies are wont to do). You can still see the signs that warned troops from the nearby Chelsea Barracks to break step when walking across.

Plans were put forward in the 1990s to turn it into a park, but were scuppered by Diana Dors of all people. However, it’s still a beautiful spot to factor in to a crisp autumnal walk along Chelsea Embankment. 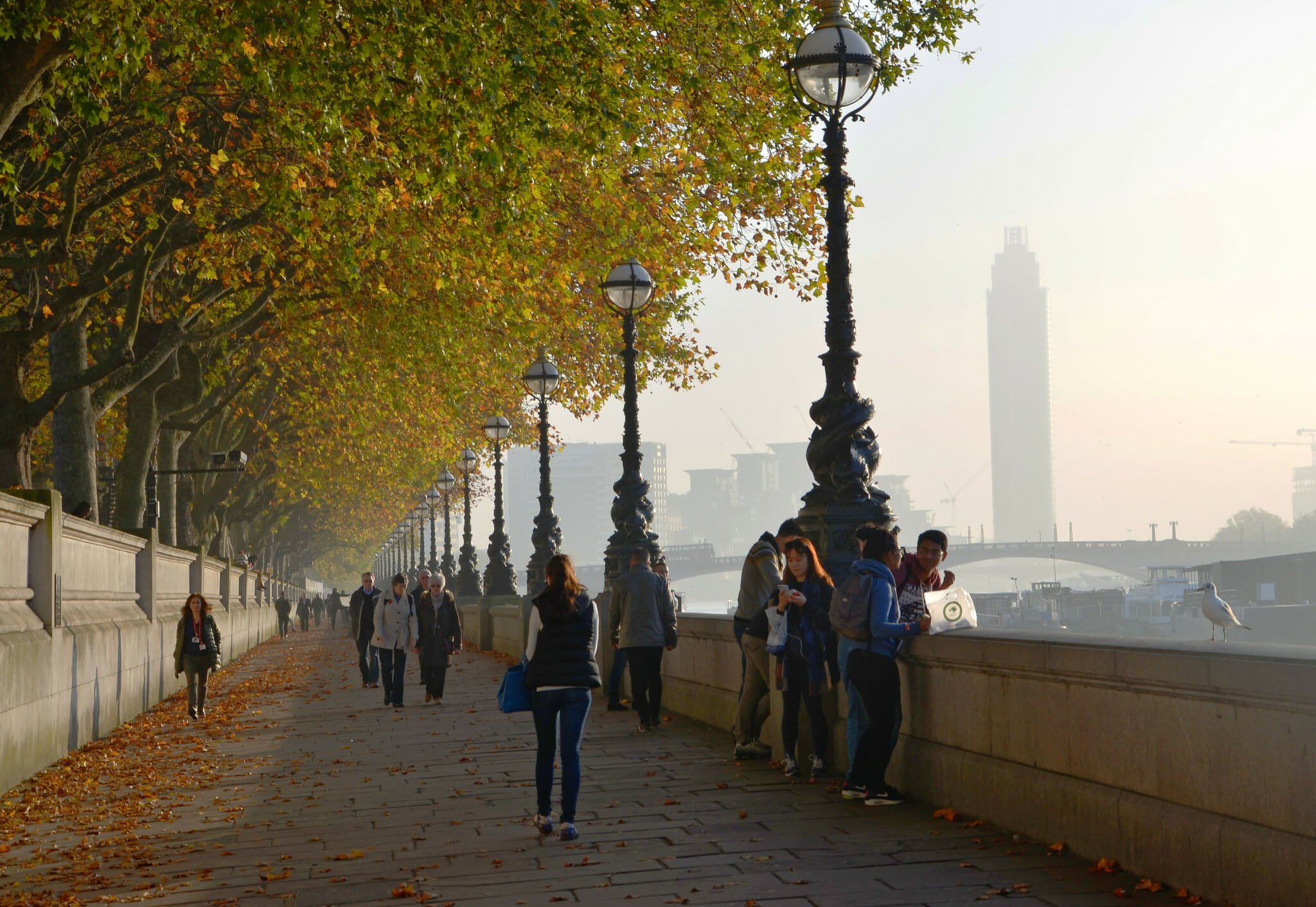 On the Chelsea side it’s right next to 606 Club, an iconic jazz bar that’s been a stalwart of the city since the 60s. There’s a load of restaurants nearby too, from The Ivy Chelsea Garden to the triple Michelin starred Restaurant Gordon Ramsay.

Head across Albert Bridge, and you can swing a left into Battersea Park. The Park Zoo is home to all sorts of adorable critters, from emperor tamarin monkeys to shetland ponies and hedgehogs – as well as all sorts of less adorable ones, like hissing cockroaches, bird-eating spiders and ‘fancy rats’ (apparently an actual species). There’s also a boating lake, a tiny gallery in the old Pump House, and the Pear Tree Café, a lakeside pavilion serving excellent seasonal dishes with a side of live jazz. 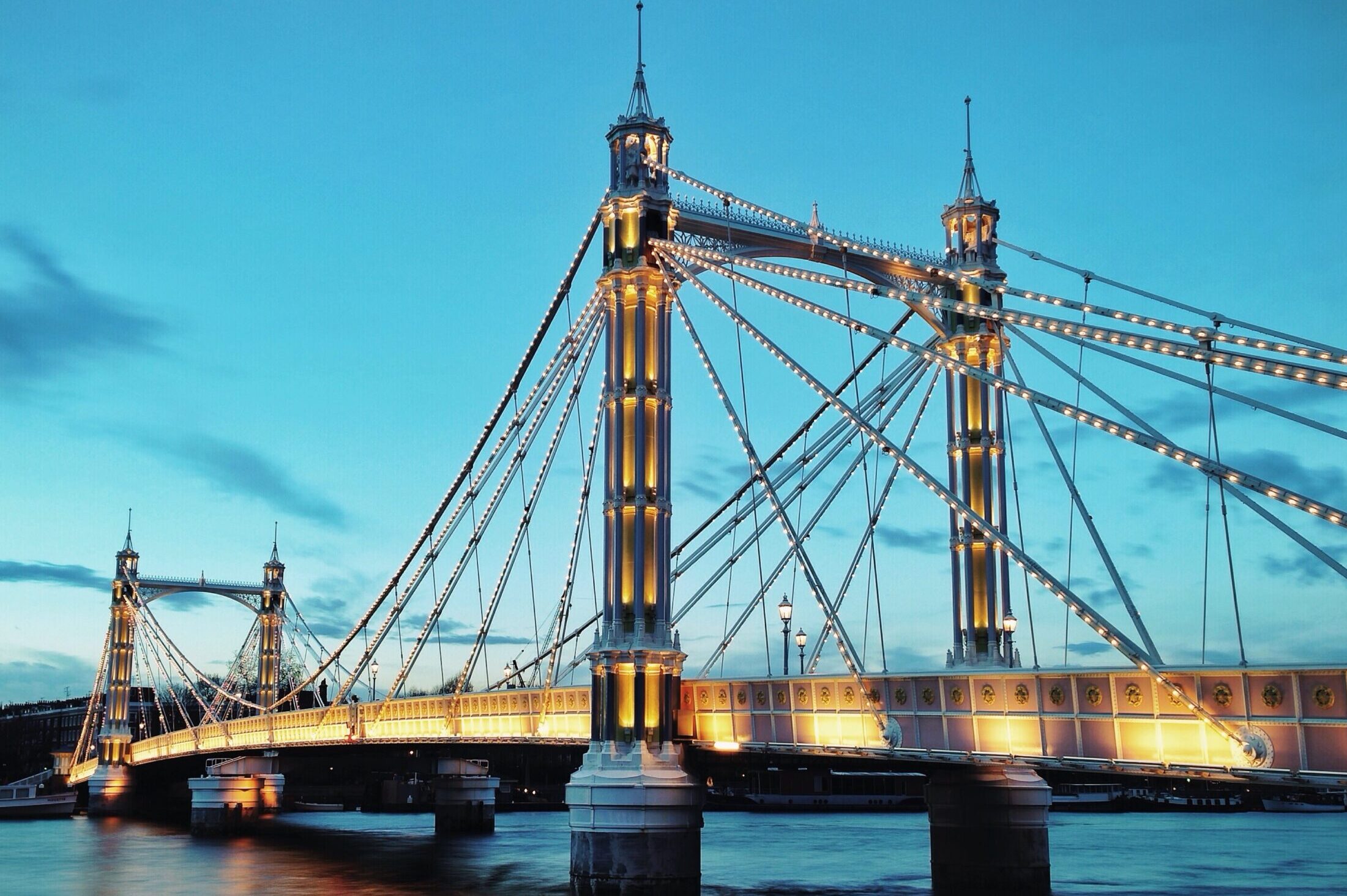 Then, as the sun goes down, it’s time to take in the bridge in all its illuminated beauty, take your date’s hand and whisper those words everyone wants to hear…

Planning a day out in Chelsea? Then you may need this list of Chelsea restaurants…