Bar Elba is named after a Mediterranean island with white sand beaches and scorchingly hot summers.

It’s not the first place that comes to mind when you think about ice skating.

But nevertheless, Bar Elba now has an ice skating rink & a pair of curling lanes on top of it. We should also point out that the island the bar is named after is the one Napoleon was exiled to after defeat, so the fact that it’s in Waterloo just seems like salt in the wound. And unlike Napoleon, it’s quite tall too, with 5th floor views out across the South Bank. 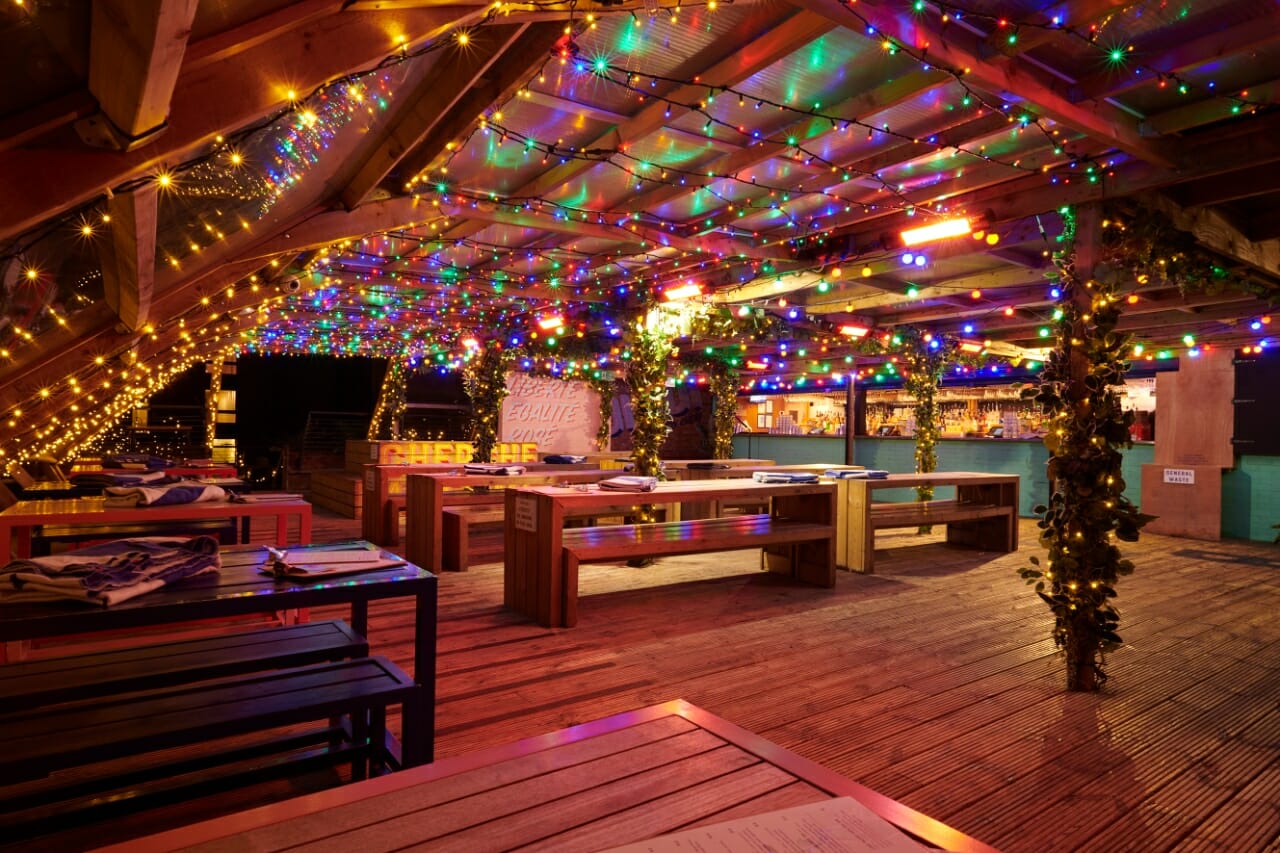 It’s an artificial rink, but nevertheless still quite absurdly easy to slip on, and it’s 14m long stretching around the corner of the building, joined by the aforementioned curling lanes. It all wraps around a gorgeous fairy-lit, blanketed, heated pergola, where you can have a hot cocktail or some mulled wine in too. And if you’re hungry, Dip & Flip are supplying some comfortingly warming, gravy-dipped burgers.

It all runs until the end of February, and the skating starts at a tenner, although it’s completely free for November. What’s the catch? Priority booking is given to anyone who’s booked a table.

If you’re looking for a little Elba room.

NOTE: Ice skating at Bar Elba starts on November 13th and runs until the end of February 2020. Tickets cost £10 and can be booked right HERE.