Beatrix Potter is probably best known for her pioneering work in the fields of mycology, entomology, and botany, ultimately leading her to develop a theory that fungi reproduce using spores, and convincing scientists at Kew of its truth.

Although some people are more familiar with her work in conservation, and how she supported the founding of the National Trust, working with them to acquire land, then provided them with thousands of acres in what was the largest donation they had ever received.

But she also had some success in children’s literature. 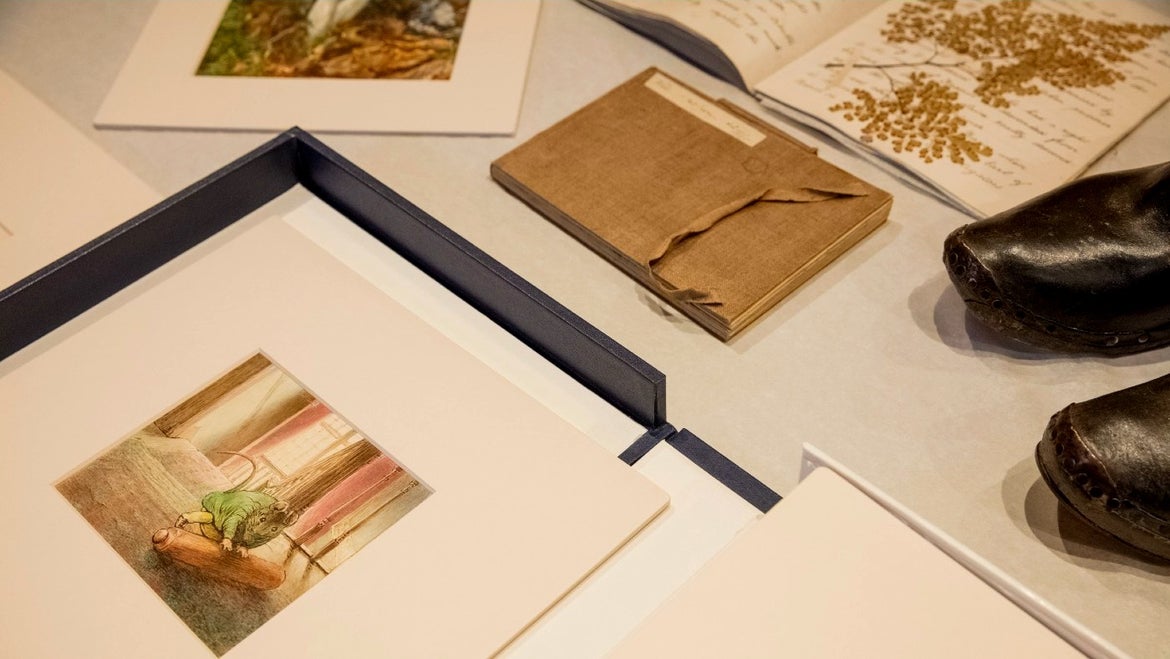 And this sprawling exhibition at the V&A dedicated to BP and her work covers all of these aspects of her life, bringing them together under the umbrella of her intractable bond to the natural world and its wonderful inhabitants. They explore the ways in which she turned the considerable skills she acquired illustrating scientific specimens to liven her up stories with incredible, vivid images, helping to endear readers to her rabbits and hedgehogs (which had historically been seen as pests), and how she used her wealth to aid in the conservation of land, animals, and ways of life that still resonate today. 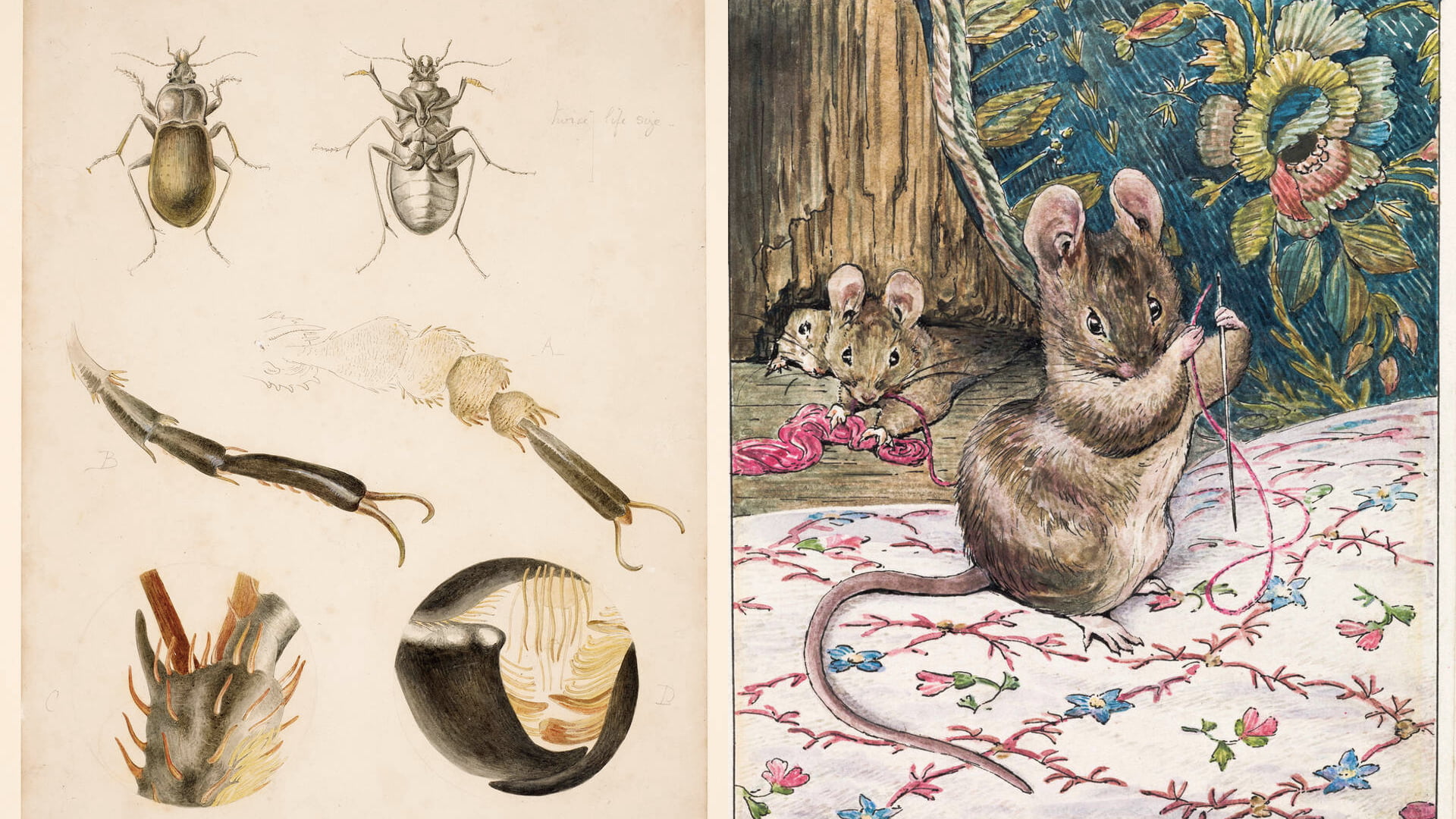 Some of the highlights on display include her own hand-drawn illustrations and watercolours, both from her books (such as ‘Mice at Work Threading Needle’, on loan from the Tate), and from her scientific work (like her intricately detailed illustrations of a ground beetle, carabus nemoralis). There’s photos of her throughout her life, letters she wrote, and objects that inspired her work, including a court waistcoat from the 1790s that made its way into The Tailor of Gloucester.

There are bookings available until January of next year, but if previous shows at the V&A are anything to go by then tickets probably sell fast.

In case you get peckish… Elystan Street is pretty close by.