If ever there were a time to act fast…

Because London’s huge new 4,000 sq ft festival of fun – which can most boringly be described as a “really big beer garden” but should more accurately be described as “a massive, mostly free to enter (other than £5 on Fri & Sat nights) alfresco adult playground which fuses a smorgasbord of bars, street food, DJs, live music and crazy golf with themed markets, drag brunches, a famous exploding throwing game from Colombia and four different dining zones (The Garden; The Riverside; The Dock; and The Pier)” opens on 27th May. 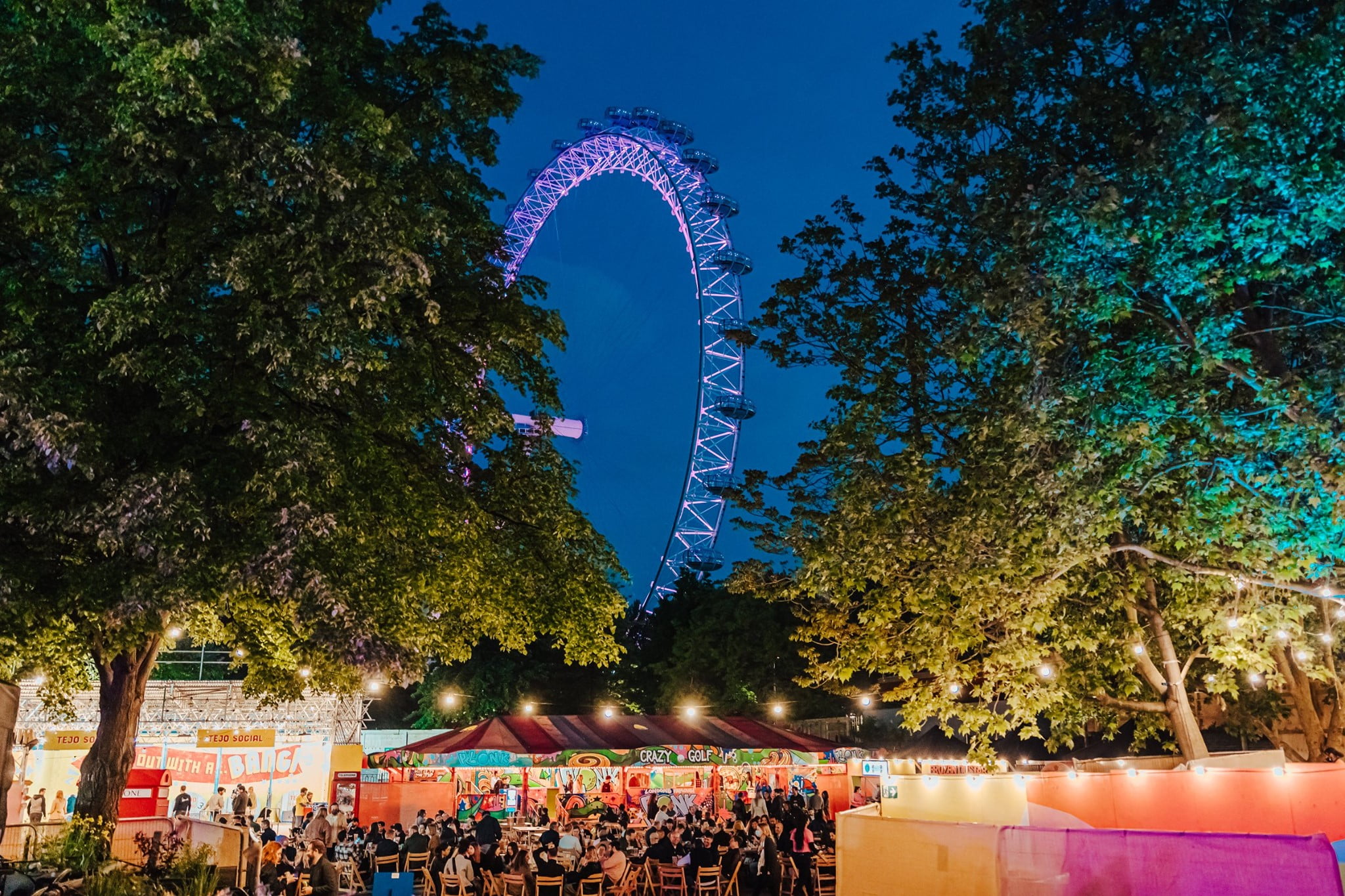 It’s called Between The Bridges – possibly because it’s located between Westminster and Waterloo Bridges, but who knows – and the reason you may like to act fast is that right now (but likely not for much longer) there’s a lot of availability to book all of the different dining areas; there are tickets to book into the Drag Brunch (which kicks off with an hour of bottomless bubbly); there are slots to book a game of Tejo, Colombia’s exploding throwing game; there are tickets to enjoy a round of Plonk Crazy Golf; and there are bookable tables available for a huge lineup of special events running until August (more will be added soon) that feature the likes of Guilty Pleasures, Savage Disco, Norman Jay, Suggs (Djing), Giles Peterson and the ultimate purveyors of power ballads…Ultimate Power.

The food and drink options are plentiful too, thanks to a sizeable line up of street food traders that includes Burger & Beyond, Club Mexicana, The Cheese Wheel, El Pollote, Secret Nicky’s Flavoured Custard and finishing last, as they always do…