NOTE: Between The Bridges/Electric Winter has now closed, but they’ll be back in May 2022.

Between The Bridges opened in May this year, cramming a smorgasbord of bars, street food, DJs, live music and crazy golf with themed markets, drag brunches, a famous exploding throwing game from Colombia and four different dining zones into one giant adult playground for the summer, which we can only assume from its instant mass appeal will return next year.

But between Between The Bridges, you’ll find it taking the form of its winter incarnation, Electric Winter. 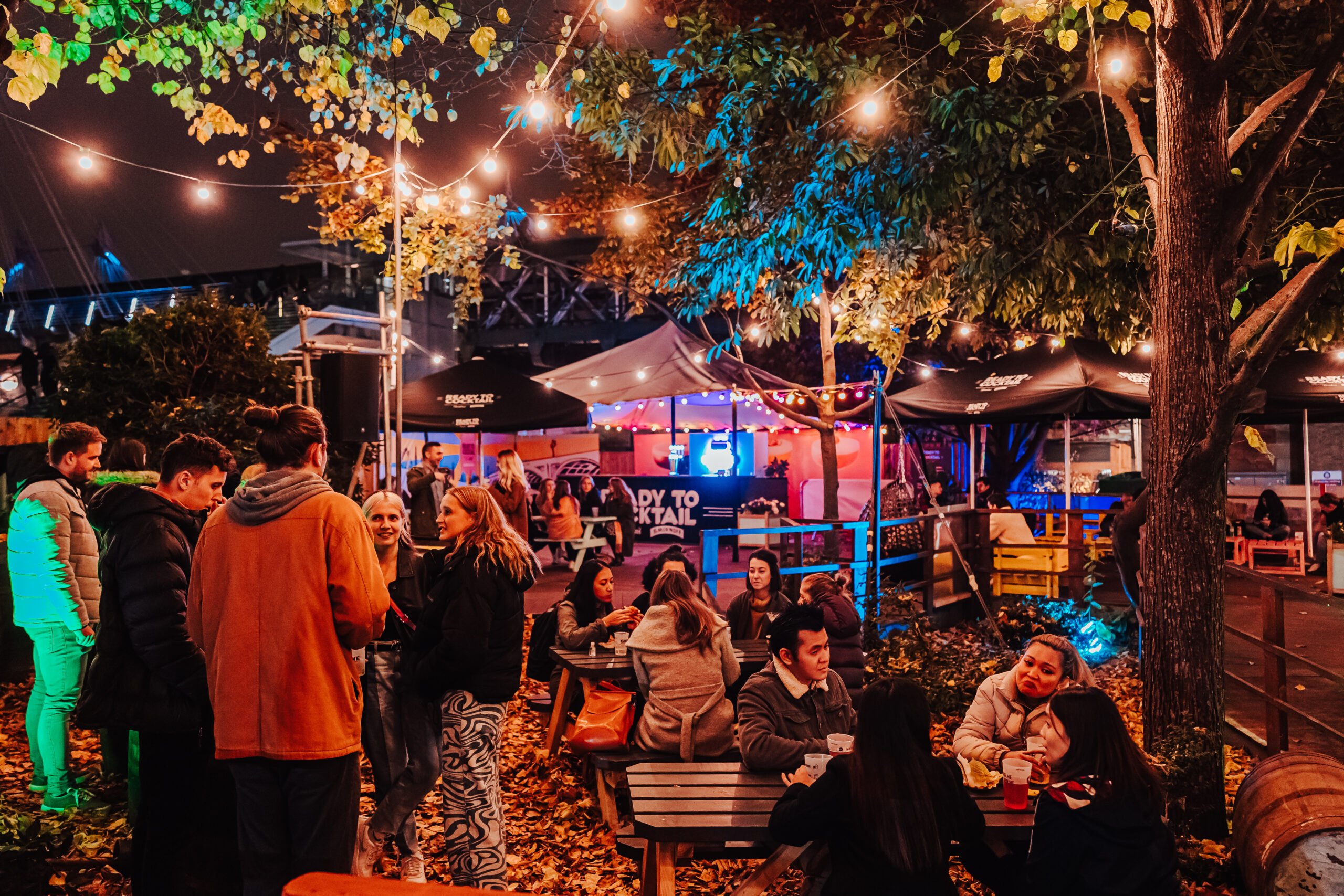 As with most winter incarnations, the key difference here is that everything is now covered. And heated. But they’re also throwing in a bamboozling array of new, festive additions including bottomless brunches hosted by UK Drag Race stars Tayce, Scarlett Harlett and Victoria Scone; bawdy late-night events from Indeedy Musical Bingo, Guilty Pleasures and The Karaoke Hole; euphoric crowd-sourced music nights with Massaoke; festive film screenings in a vintage Spiegeltent; live music courtesy of the 10-strong Old Dirty Brasstards; and the ultimate purveyors of power ballads…Ultimate Power. 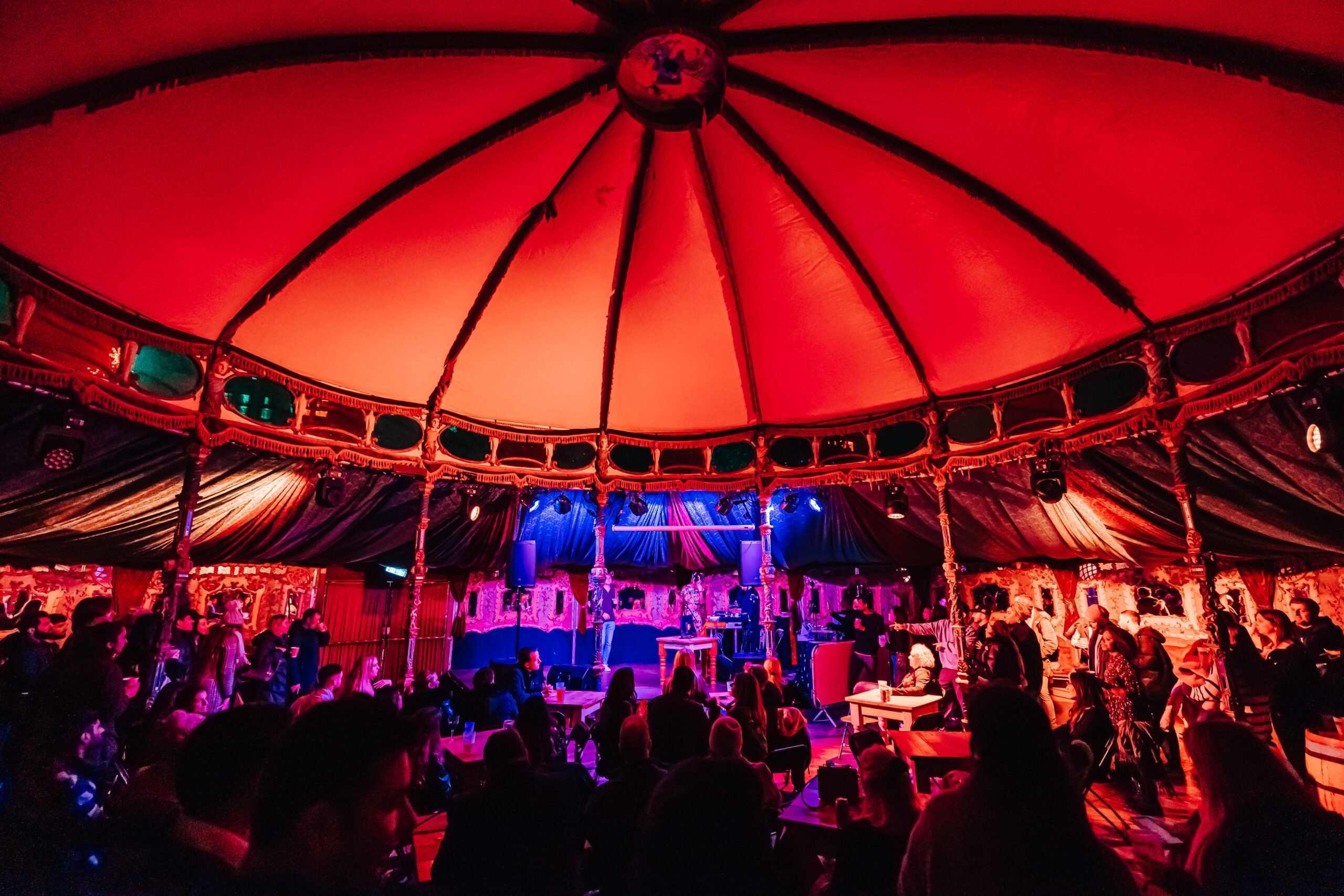 While not belting your lungs out to Bon Jovi with someone’s tie wrapped around your head, or gently weeping over Love Actually, you’ll be free to take a load off at Rudolph’s and the Jingle Bell bar, where you’ll encounter a sizeable line up of street food traders that includes Burger & Beyond, Born & Raised, The Mac Factory, BBQ Dept and El Pollote, and sip Christmassy cocktails and craft beers. 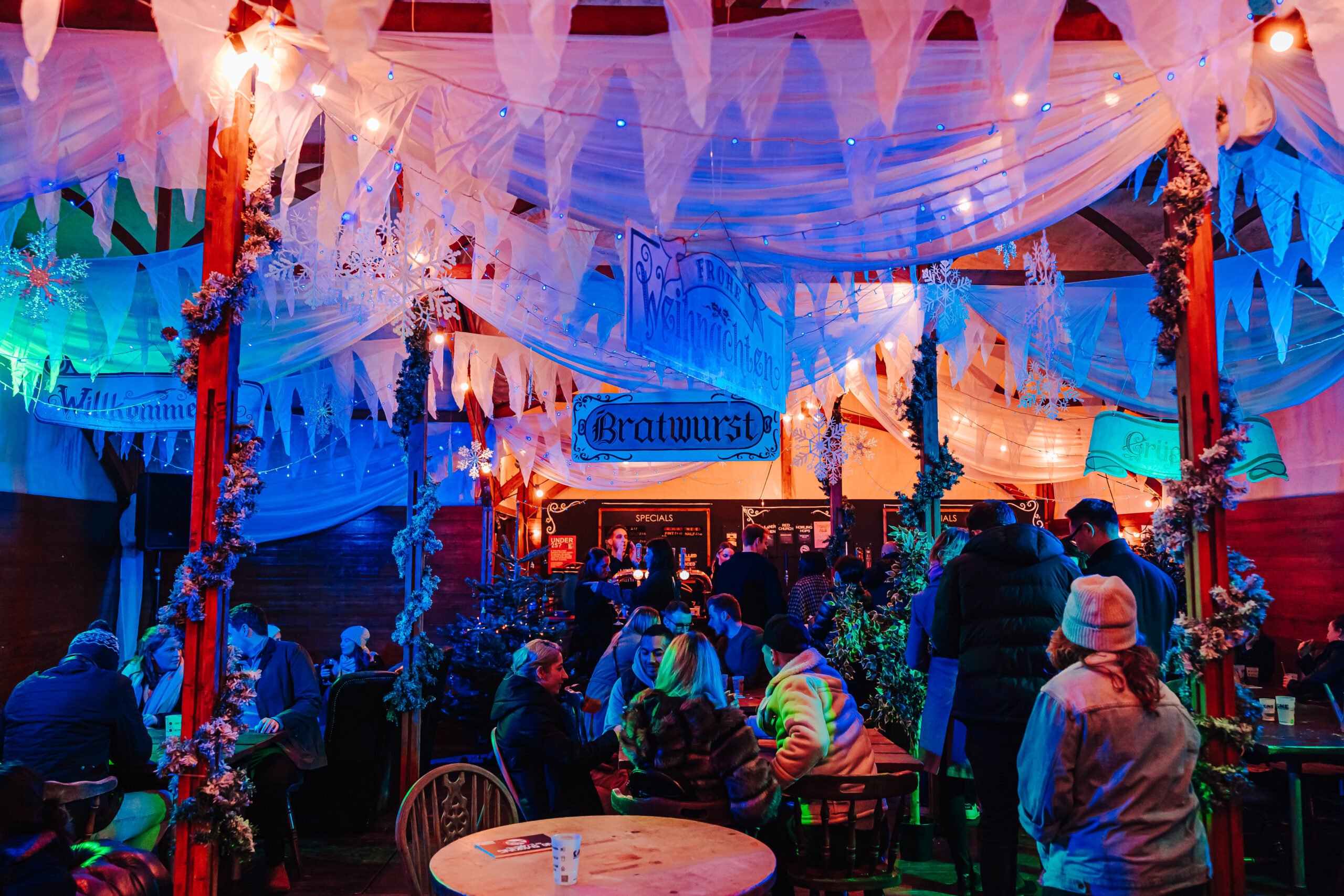 NOTE: Between The Bridges/Electric Winter has now closed, but they’ll be back in May 2022. You can take a look at their website here.

Looking for more Christmassy places to hang out? Check out our guide to this year’s Winter Pop Ups