The Legendary Bloodshot Supperclub Is Back

The Bloodshot Supperclub is not your average, ordinary, everyday, ho-hum, run of the mill, garden variety supperclub.

In fact, it’s barely even a supperclub at all. It’s more like a raucous, loud, buzzing party wrapped in the clothes of a supperclub. Each one starts with cocktails at midnight, and ends with dessert that basically counts as breakfast the next day. In between, you’ll get a lineup of some of the best chefs in the city plying you with course after course of excellent food, seemingly endless bottles of wine, surprise guests (anything from burlesque shows to contortionists), live music, and an atmosphere of unfettered merriment.

It’s all the work of Robin Gill, who decided to launch the first one way back in 2014 while he was the head chef at The Dairy in Clapham. The idea was to provide a place for ravenous hospitality workers to come after they’d knocked off work on a Saturday night only to find that everything had closed. In fact, back then tickets were restricted to service staff only. They were a roaring success, selling out nearly instantly, and he even got high-caliber guest chefs like Claude Bosi & Nuno Mendes to work the kitchen… but it turns out that pulling day shifts and night shifts at the same time takes its toll, and Gill had to pull the rambunctious evenings off the shelves five years ago, lest he burn out.

Now, they’re back – and anyone can get a ticket. 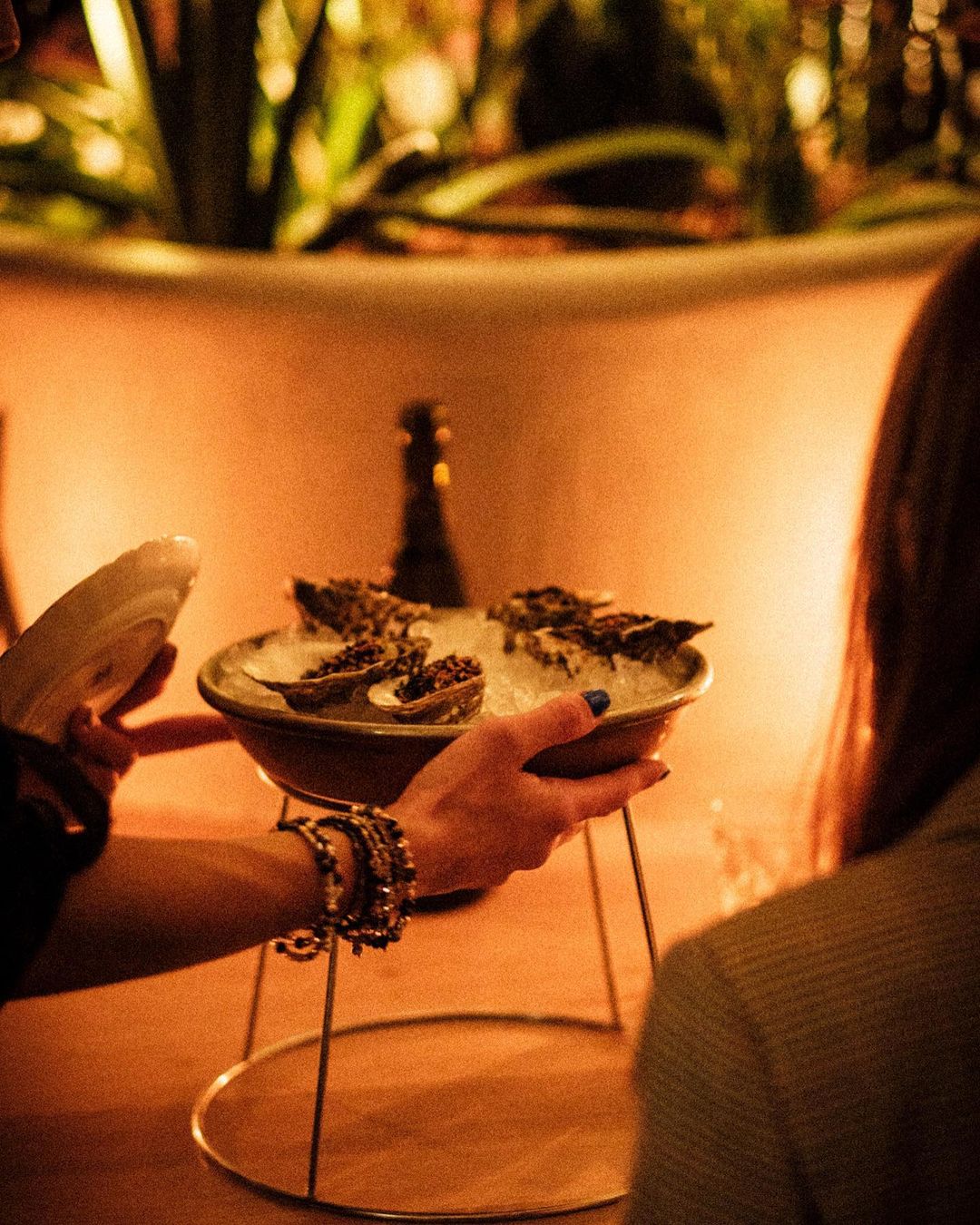 Helping to smooth this new road, he’s made a couple of other changes too. For one, they’ll only be happening once a month. And when they do, there’ll be a lineup of five or so chefs, each cooking a different course. That way, the pressure’s not too great on any one person, and there’s plenty of space for a young up-and-comer to show off their skills to a very welcoming audience.

But most things will stay the same. The menu will always be kept under wraps until the evening itself, there’ll be live music, DJs, and mandatory dancing, as well as random guest acts designed to make the place seem like – in Robin’s words – “the Secret Cinema of the late night dining scene”. And the party will go on until the sun rises the net day…

…after which you can go home, take a looks at your eyes in the mirror, and see why he named it that.

NOTE: April’s Bloodshot Supper Club is now sold out. You can keep an eye out for the next event at the website right HERE.