B:RAVE | A night out with a brass band and luminous dancers

It’s time to get down to brass tracks.

Because everybody’s favourite modern 10-piece brass band – the Old Dirty Brassards, fresh from playing this year’s Glasto – are collaborating with another Glasto regular, Beyond Repair Dance, to hold a very special gig. In fact, something this rambunctiously psychedelic can only really be described as a brass rave. The world’s first, no doubt.

It’s all going down on November 8th (you’re getting the first release of early bird tickets, don’t worry) at the rather iconic 93 Feet East. If you’ve never been, it’s basically a strangely pretty club space bang in the middle of Brick Lane at the Old Truman Brewery. It has an old-fashioned parquet floor bathed in not-at-all-old-fashioned neon light (which actually makes a pleasingly apt metaphor for this party), and a huge festoon-lit courtyard with prosecco & cocktails on tap. 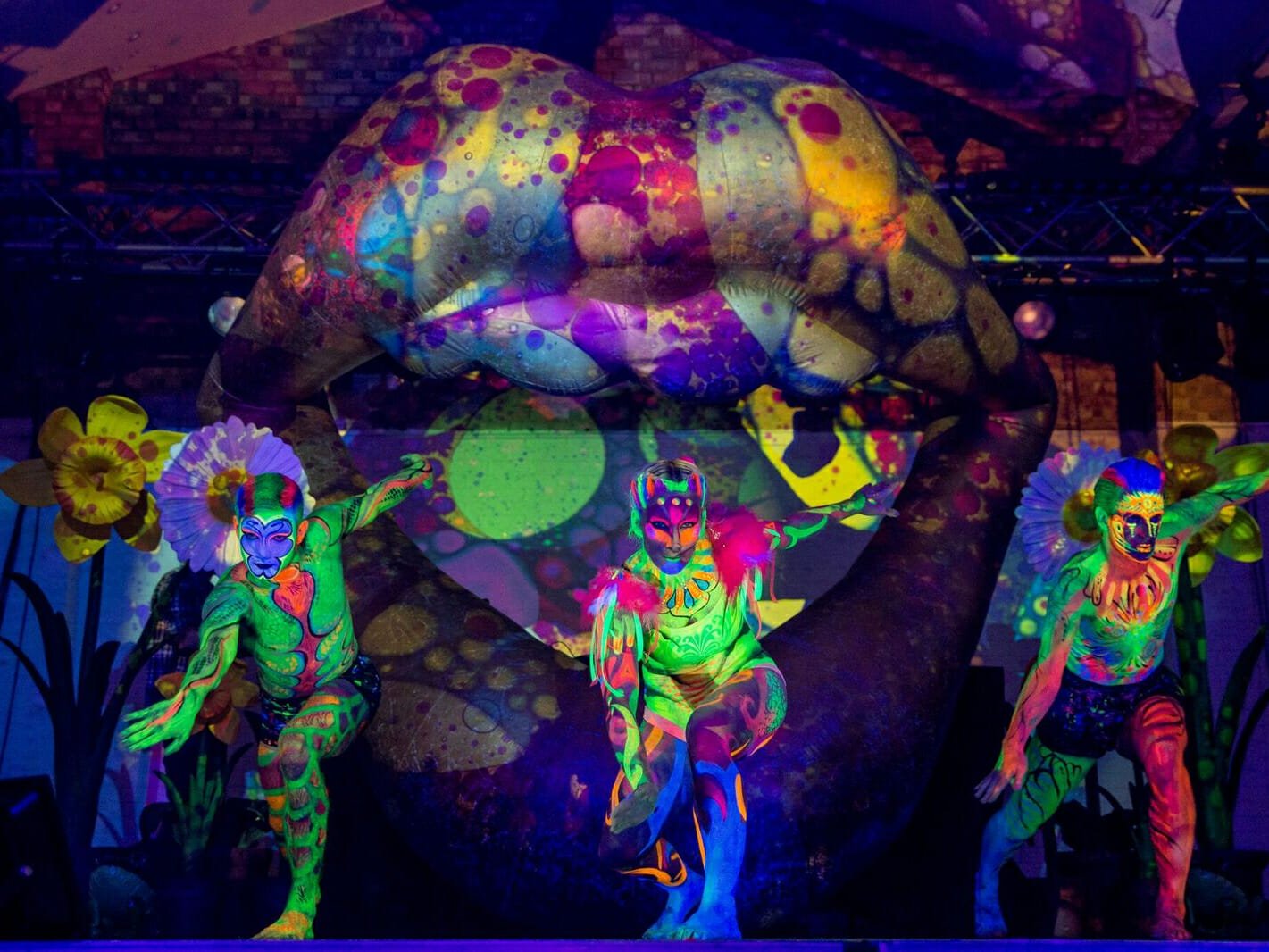 The tweed-clad band will be playing a non-stop set of reworked ’90s club classics in their deliriously fun, upbeat drum ‘n’ brass style, which has seen them pack out dance-floors from Fabric to The Roundhouse. All the while, the award-winning Beyond Repair Dance company will be throwing their own artistry into the mix, with stunning acrobatic routines, optical illusions and glow paint. If you can imagine what dancing alongside people in giant disco-ball helmets to a brassy rendition of Daft Punk’s Around The World would feel like, you’re pretty much there.

And if you’re feeling frisky? You can choose to get your own makeover from Beyond Repair’s artists on the night.

You’ll only end up looking all brassy-eyed, though.

NOTE: B:RAVE is taking place on November 8th at 93 Feet East. Early bird tickets cost £12.50, and are available right HERE. There’ll be more of these next year, too – so watch this space…

Fancy dinner before the show? As luck would have it, we’ve got a whole guide to Brick Lane.