Thankfully, it’s not just about tea, weather, and maintaining uncomfortable positions during rush hour out of sheer awkwardness.

If anything, it’s the opposite: a globe-crossing, epoch-spanning collection of over 8 million fascinating cultural, scientific, and architectural artefacts – some up to 12,000 thousand years old – all housed within a beautiful complex seamlessly merging contemporary design with a grandiose, 19th century building. 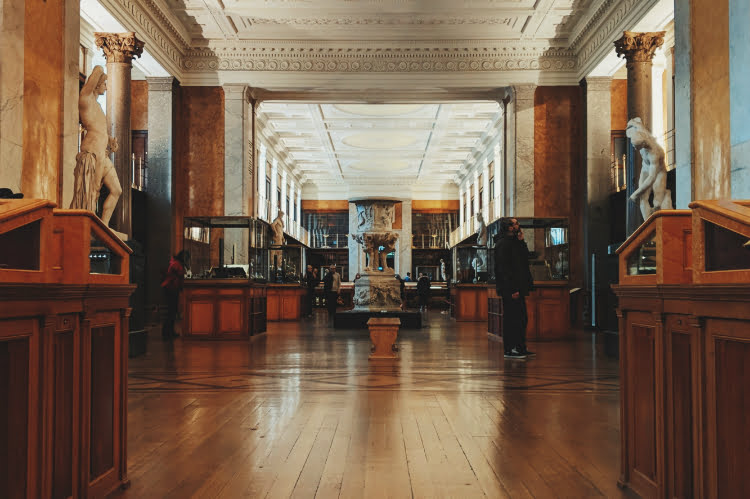 It was founded in 1753 upon the death of Sir Hans Sloane, who bequeathed his own collection of 71,000 objects of interest – making it the first ever free public museum. Over the following years, the collection grew so rapidly that it’s since led to spin-offs in the form of the Natural History Museum and the British Library. Nowadays, it’s satisfied with merely charting the history of all human civilisation around the world, from Anglo-Saxon treasure to contemporary Guatemalan dance masks.

Entrance to the British Museum is still free, and there’s easily enough to keep you wandering round these glossy marble halls for hours. If you’ve got the time, there are free lunchtime talks and 20 minute gallery introductions (finally, you’ll be able to really get ancient Celtic metallurgy), but if you’re dashing through, they’ve also put together recommended highlight tours for you to follow.

The museum’s biggest hitters include rooms full of Ancient Egyptian mummies; the Rosetta Stone; Easter Island statues; the Lewis Chessmen and marbles from the Parthenon – as well as more obscure objects including treasures from a 27-foot burial ship found inside a grave; a 5,000 year-old royal board game from Ancient Mesopotamia; and a 16th century miniature mechanical galleon, designed to sail down a banquet table. 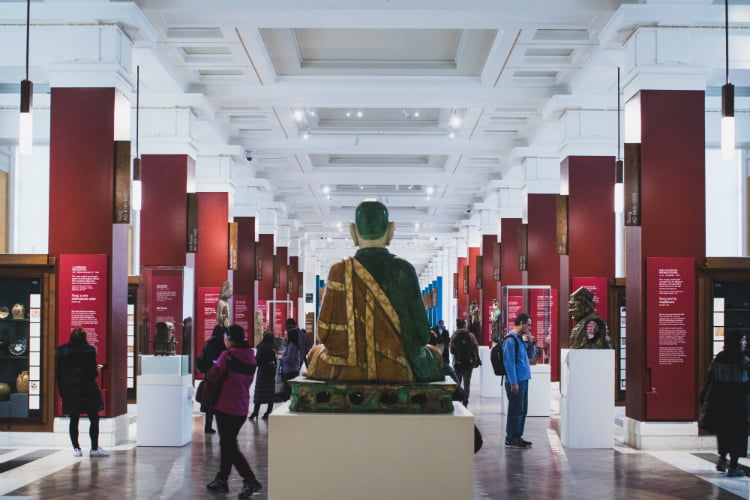 Besides the permanent collection, there’s also a steady flow of visiting exhibitions (which usually cost just shy of £20). These temporary galleries span everything from Japanese manga to Aztec gold, bringing together loan items from around the world as well as throwing the spotlight onto some of the British Museum’s own treasures.

Head down on a Friday evening, and you can look around these visiting exhibitions – and the permanent collection – after hours (with cocktails and themed activities, of course). In fact, the British Museum is pretty big on events in general – every day plays host to both free and ticketed Q&As, mini lectures, and hands-on workshops. Heck, you can even go all-out and learn Latin.

NOTE: The British Museum is open every day, 10am-5.30pm (8.30pm on Fridays, except Good Friday). It’s free to enter, except for temporary exhibitions – you can book ahead for those HERE.

Like weird old stuff? Check out London’s most unusual museums