Camden Town Brewery Tank Party | 60 hectolitres of beer, and you

Before you get your hopes up, this particular tank party does not involve a bunch of dancing armoured vehicles.

But what it does involve however, is some fresh, unfiltered lager poured direct from a 60 hectolitre tank at the Camden Town Brewery this weekend as well as food, live music, and even some cocktails.

It’s the 7th annual tank party to be held at the Camden Town brewery, and they’ve become so popular they’re having to restrict tickets to advanced sales only – none at the door. But your tenner goes a long way; aside from entry, you’ll also get 3 beers poured directly from their vastly vast tanks, which each hold 10,000 pints a piece. 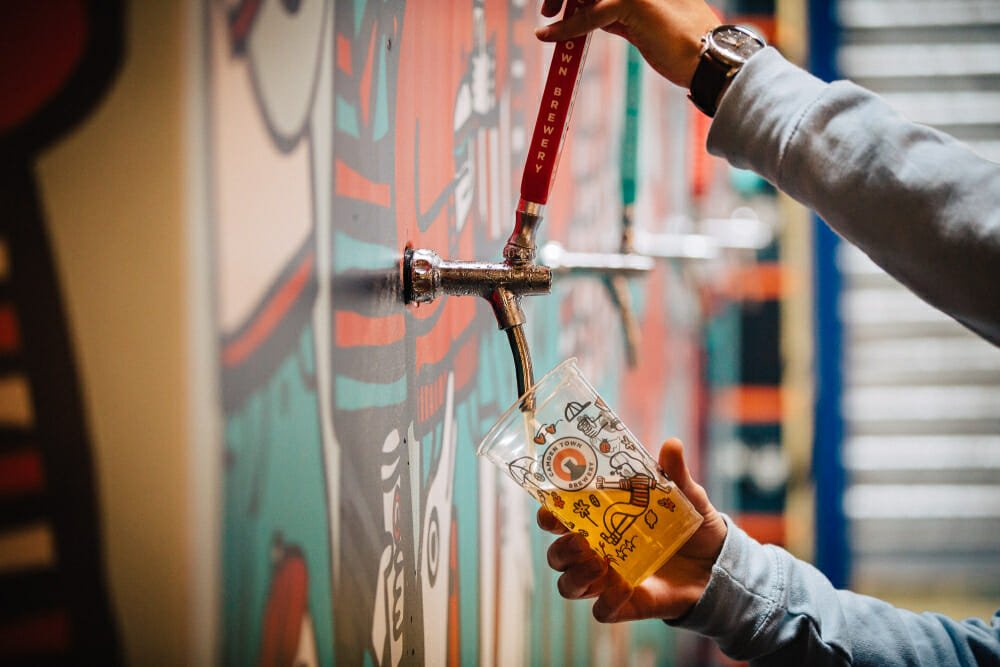 They’ve got their classic unfiltered Helles lager and a pair of new beers specifically brewed for the party: an all-new watermelon lager, and a Southern Passion Hells Lager brewed with a “unique” South African hop. And those brews will all be going into beer cocktails from the East London Liquor Company, should you fancy, well, something fancy.

The food won’t just be any old festival fodder either – they’re bussing in some of London’s most revered fresh pasta specialists, including Lina Stores, Pastifico al Dente, and Pasta e Basta. Oh, and Camden Market’s own The Cheese Wheel will be joining them. They’ll all be slinging a £5 ‘dish of the day’, and you can even take a hand at making some yourself thanks to the workshops curated by Giles Coren.

The live music will come courtesy of Fullee Love Collective (featuring Jurassic 5’s Soup), and a DJ line-up by The Social, whose spinners have just come back from Glasto.

It’s enough to make you want to say tanks.

NOTE: The Camden Town Brewery Tank Party takes place on Saturday 7th September. Tickets are £10 and must be bought in advance (there are none on the door). The last release is available from 12pm noon on the 5th of September from right HERE.

Like beer? How’s about taking a craft beer cruise?

Things To Do Peckham

Urban Yoga in an serene space...

A lush community garden built on an old railway track...