“Our tribe is used to being excluded. It is a tradition, like Christmas or Morris dancing.”
– Deborah Frances-White

Well, no-one’s being excluded from Camp as Christmas.

It’s a one-off live show in Islington hosted by the Guilty Feminist herself, Deborah Frances-White, along with comedian Tom Allen (you’ll recognise him from 8 out of 10 Cats, Mock the Week, etc.). For any feminists out there who don’t listen to The Guilty Feminist, and feel guilty about it, don’t worry. You won’t need to have heard it to enjoy the show. She just so happens to be a comedian herself, and an excellent MC for nights like this.

So what’s it all about? Well, it takes place in the beautiful, Gothic Revival-style Union Chapel and you’ll get to see a veritable parade of LGBTQ+ celebs cross the stage, from Sandi Toksvig, to Grace Petrie, both Rob Diament & Russel Tovey from Talkart, Jen Brister, Jess Fostekew, and Raven Smith. They’ll all be performing a wonderful medley of comedy, music, and delightfully witty conversation, and there are a few surprise guests lined up too. 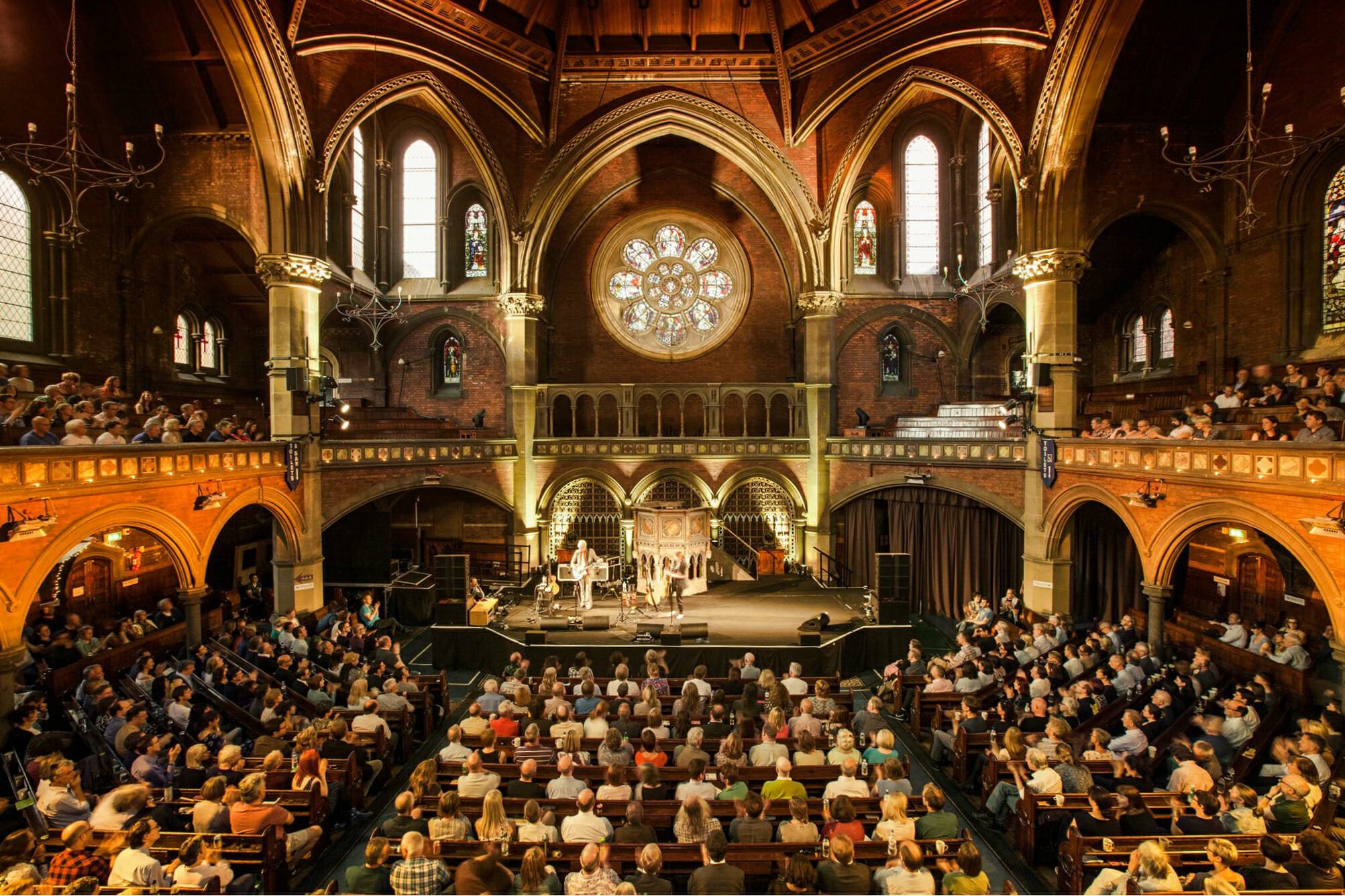 The evening is also going to feature a comedy auction too, in which you can bid on prizes ranging from a dinner for four with Rob Rinder, to a personalised video from The Hot Priest (AKA that guy from Fleabag (AKA actor Andrew Scott)).

Why? Well, the whole event going to be raising money for two charities; Say It Loud Club (which is a refuge for LGBTQ+ refugees fleeing homophobic violence & criminalisation) and CanDo, which was founded by a Syrian doctor to help provide early warning systems to Syrian schools to give children a chance to evacuate ahead of an aerial attack. Which, frankly, sounds like an absolutely unbelievable thing to not have enough funding for, but that’s what events like this hope to bring exposure to.

All in all, you get to have a marvellous evening, two thoroughly worthy charities get much-needed cash, and the world of total inclusivity inches closer to reality.

And there’s absolutely no Morris dancing.

NOTE: The Guilty Feminist presents Camp as Christmas takes place on Thursday 16th December at Union Chapel. Tickets cost £25, and you can get them from the website right HERE.

Like watching comedy? Ha-ha-have a look at our round-up of London’s top comedy venues here.