Let’s be honest. The last thing you want to do at Christmas is spend it in a queue.

You do, however, want to spend it in a Kew – or at least you will, once you’ve heard how they’ve transformed an entire 2.6km stretch of the grounds into an almost unfeasibly magical, after-hours, mulled-wine toting festive woodland light trail.

This year’s route involves no fewer than a million individual lights, from strings of fairy-lights to giant illuminated flowers; each adorning ancient trees, especially commissioned installations, and Kew’s iconic buildings. 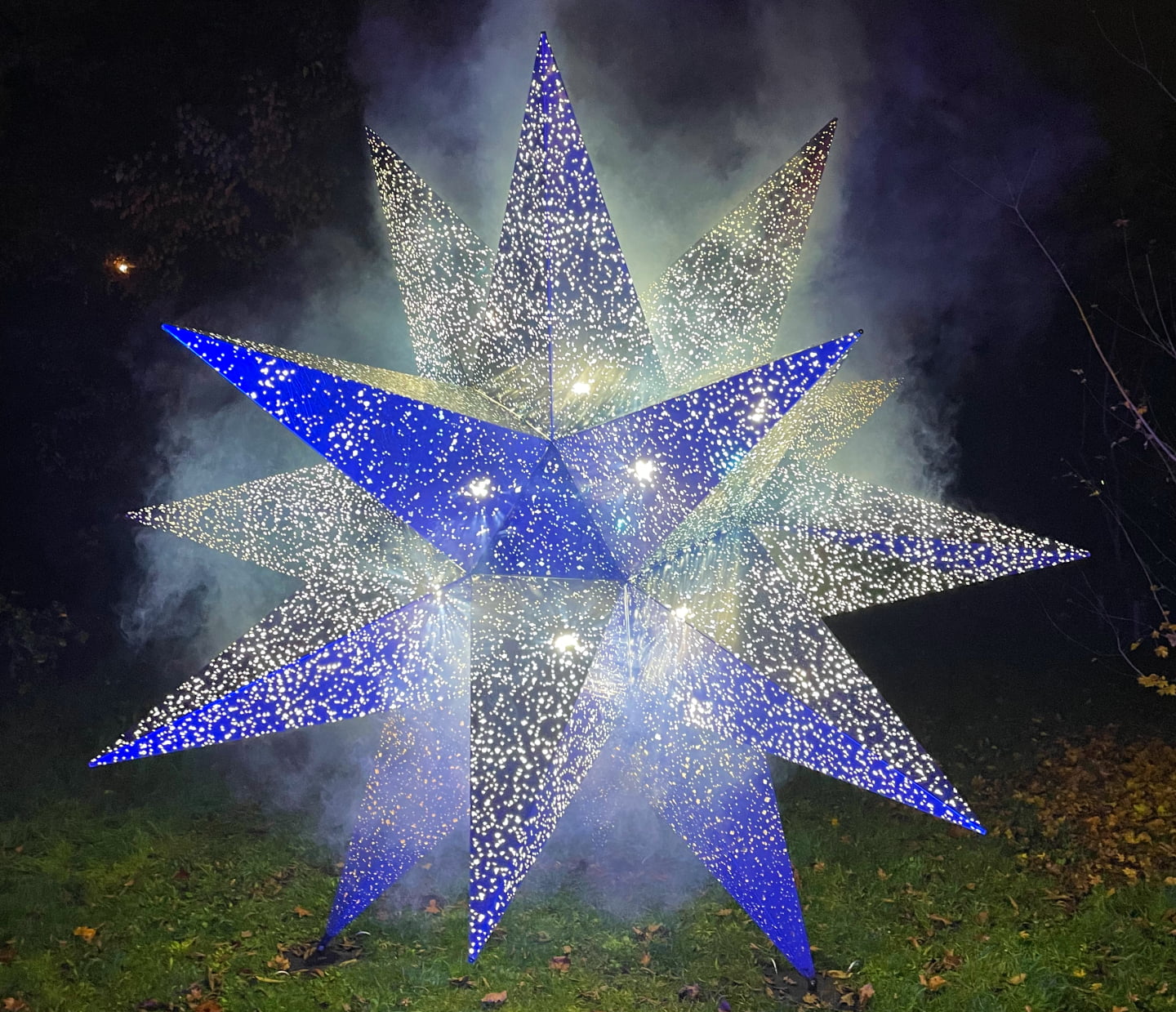 New for this year you can expect a devilishly clever video-projection mapped onto the trees themselves to bring archived botanical illustrations to virtual, vivd life as if they were really there. Then there’s ‘Spheric’, which is a fifteen-metre-wide dome of light covered in over 2,000 individually controlled LED pixels that sits over the garden’s lake – you walk through it, and the reflection of the lake below make it appear as if you’re in a giant, illuminated sphere. There’s a huge illuminated star that emits a fine mist, a spectacular light show playing out within the hot-houses timed to music, and a stretch of woodland covered in glowing neon thread that looks like a laser installation. 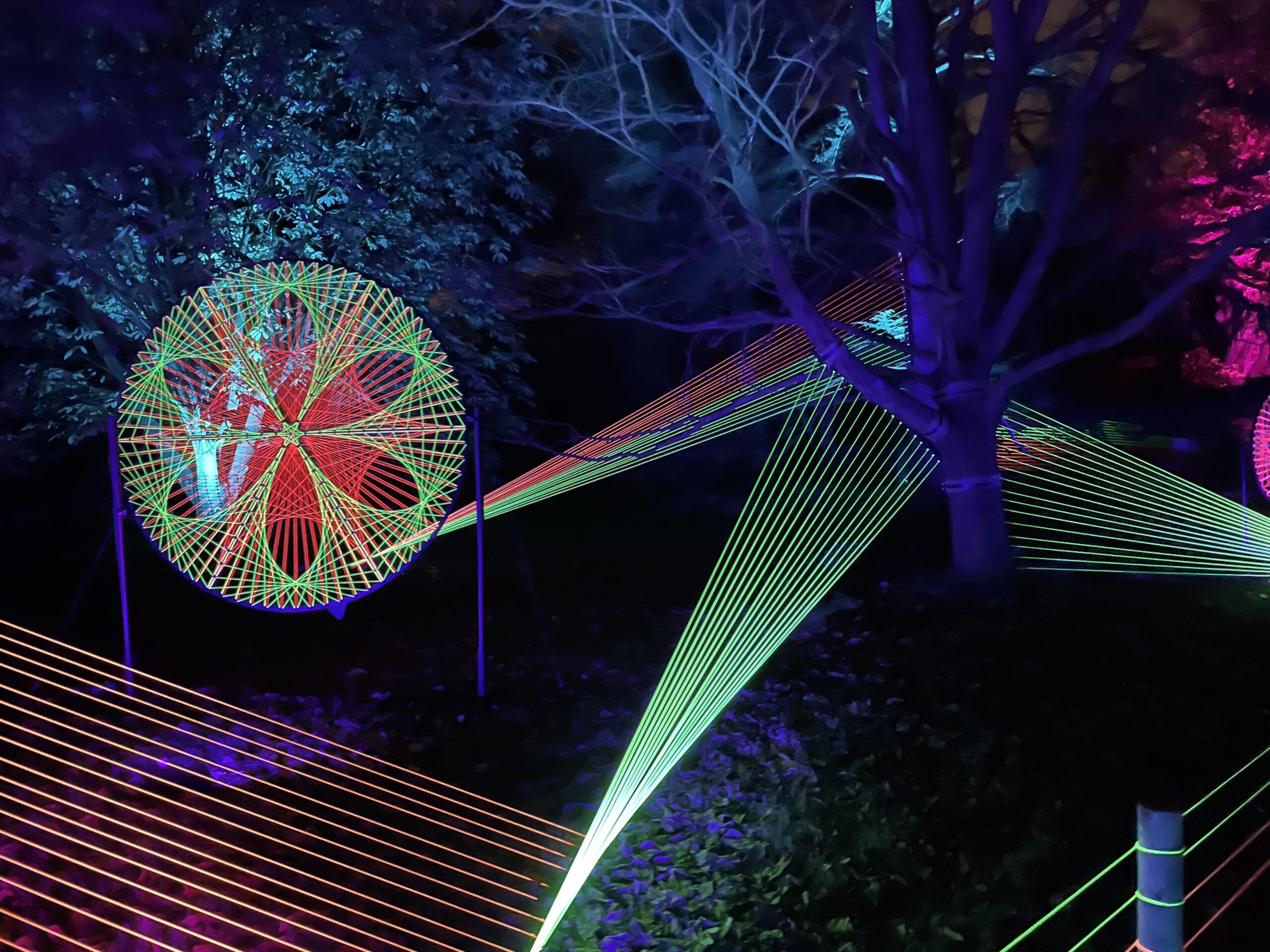 They’re also bringing back some of the favourites from previous years – you know, like the singing neon trees, or the selfie-baiting Cathedral of Light. You’ll be able to stroll through a flickering fire garden, walls past a meadow of light, and see the 12 Days of Christmas played out on a Rainbow Tree. 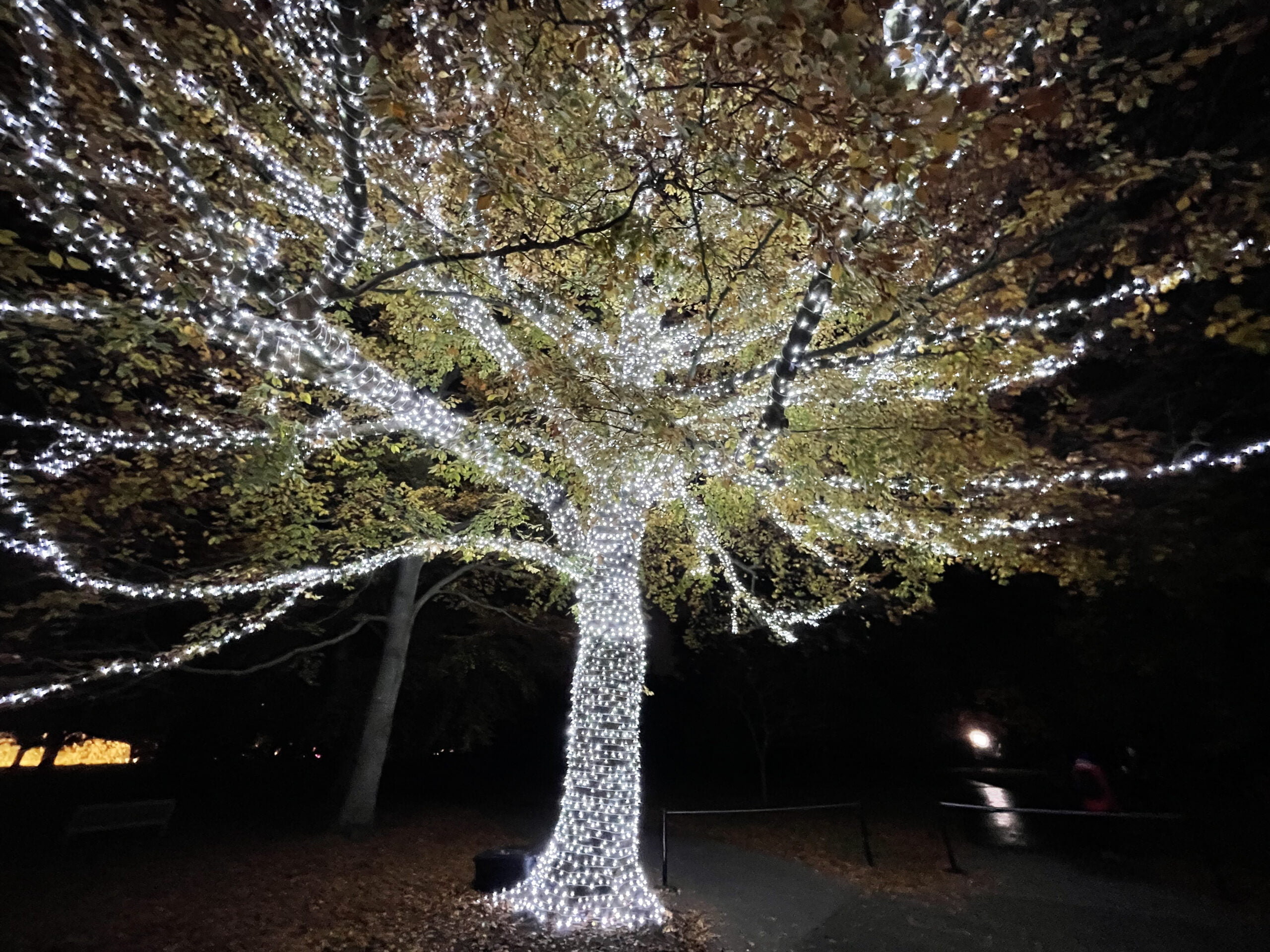 It’ll all lead you to the grand finale at Kew’s own stunning Palm House, a sweeping, 19th century wrought-iron and glass palace that houses the more tropical plants of the collection. They’ll be swathing the entire building in kaleidoscopic projections, while a fountain and laser beam show plays out on the lake in front.

Magical doesn’t even begin to cover it.

NOTE: Christmas at Kew runs from 17th November – 9th January 2022, and tickets start at £21.50. There are still tickets available for January, but you’ll have to be quick. You can find out more and book on their website HERE.

Looking for a bite to eat nearby? Annie’s will sort you out…