Sure, you could panic buy your Christmas gifts in a hapless frenzy on the 23rd of December amongst a tinsel-crazed mob.

Orrr you could take a casual stroll along the Southbank until you come within sight of a festively twinkly row of wooden huts lining the river next to Tower Bridge sometime over the next few weeks. 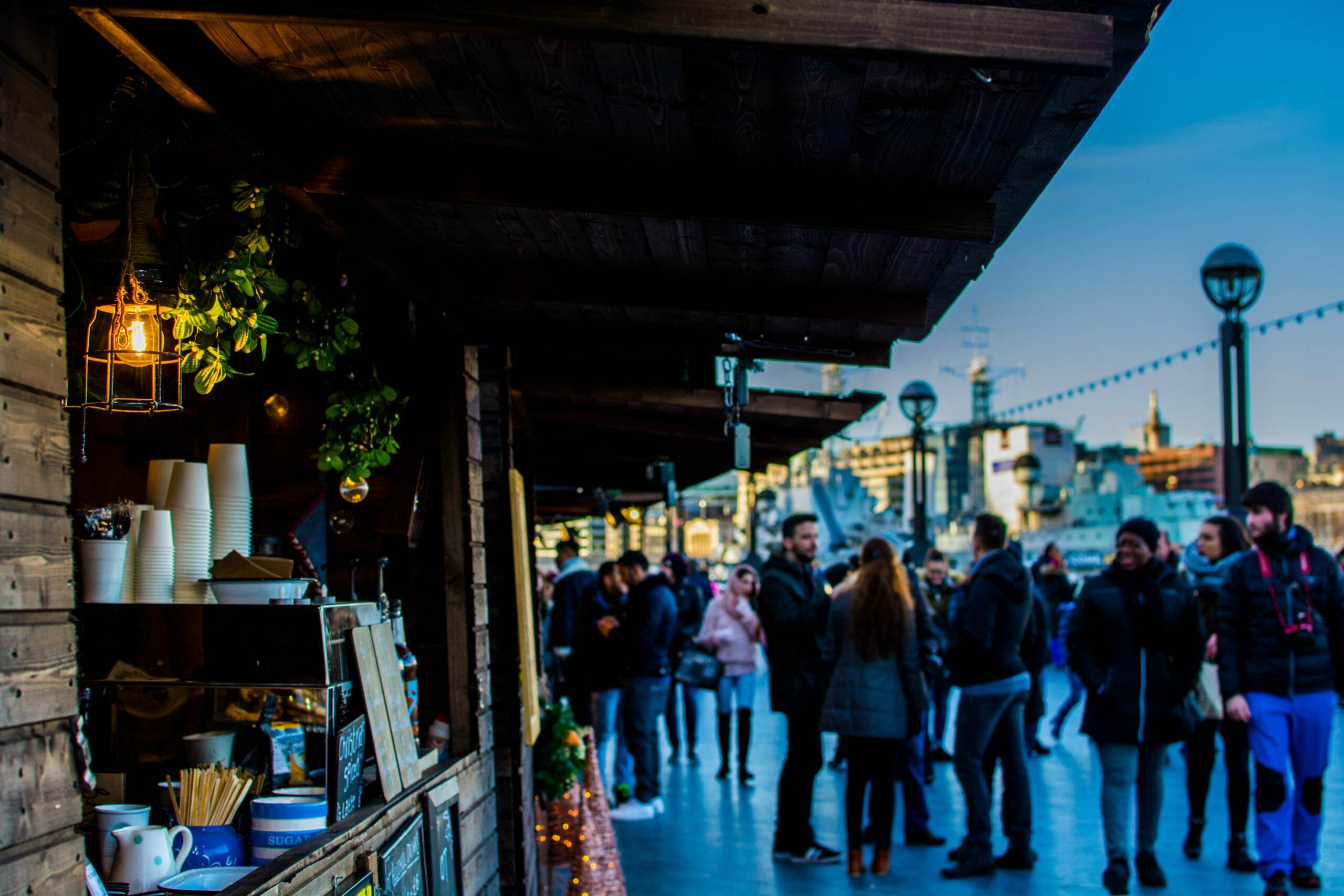 This is Christmas By The River, and it’s an annual, Bavarian inspired market (now in its 7th season) that pops up in London Bridge City next to the Mayor’s office for the latter few weeks of the year. As well as taking over that stretch of the river, it also pivots into the Hays Galleria too, which is extremely convenient in the case of inclement weather, as well as bring its own cavernous majesty to the proceedings. 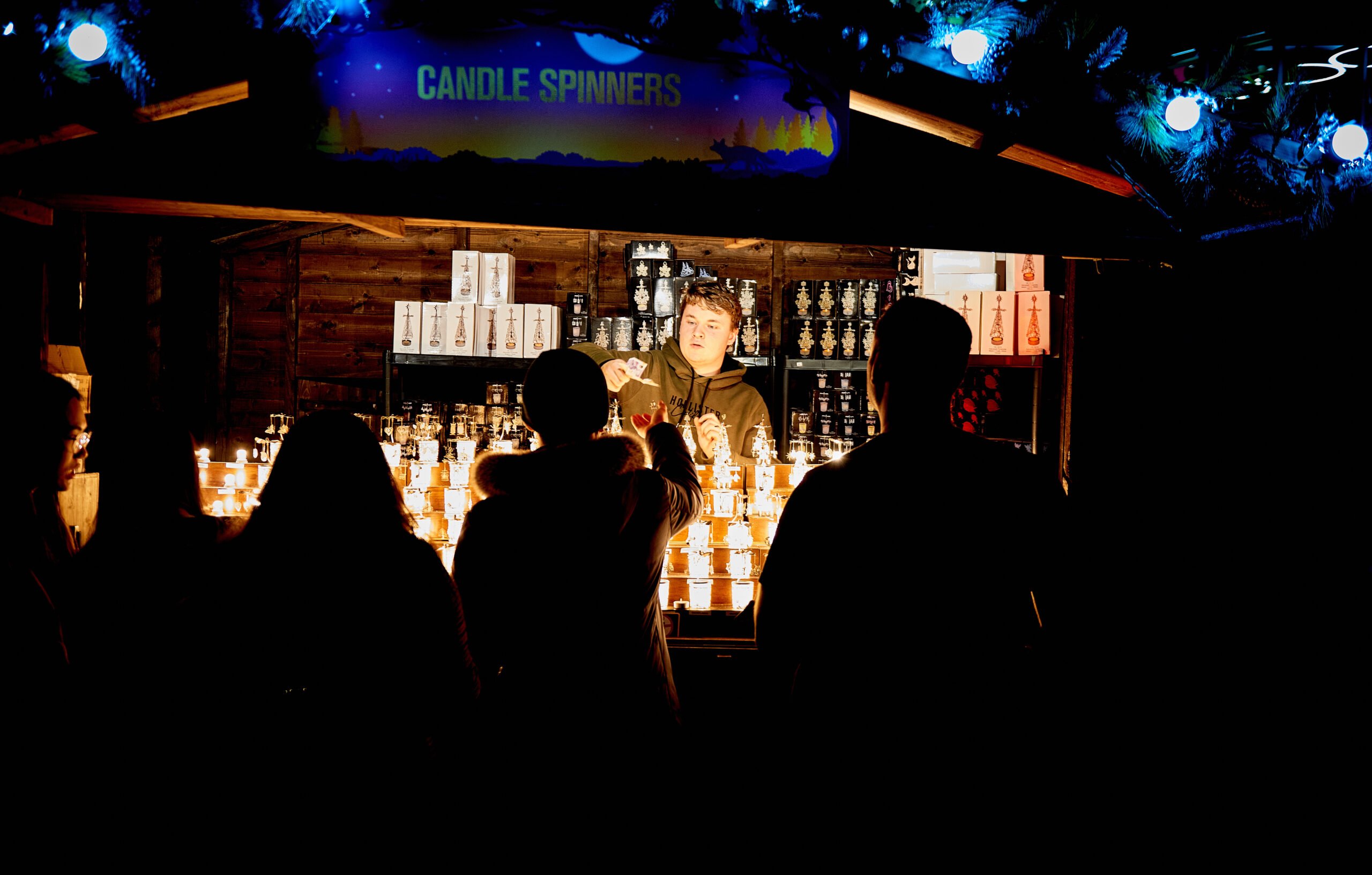 In it, you’ll find dozens of traders (roughly 60 all told) all housed in their little wooden chalets, and selling all manner of handcrafted gifts, street food, mulled wine, hot toddies, winter cocktails, and more. There’s a pop up tent by the Scoop with bars and mini chalet-styled alcoves for private hire, but inside the Galleria is where you’ll find this exceptionally Christmassy bar (with plenty of tables and heaters, too). 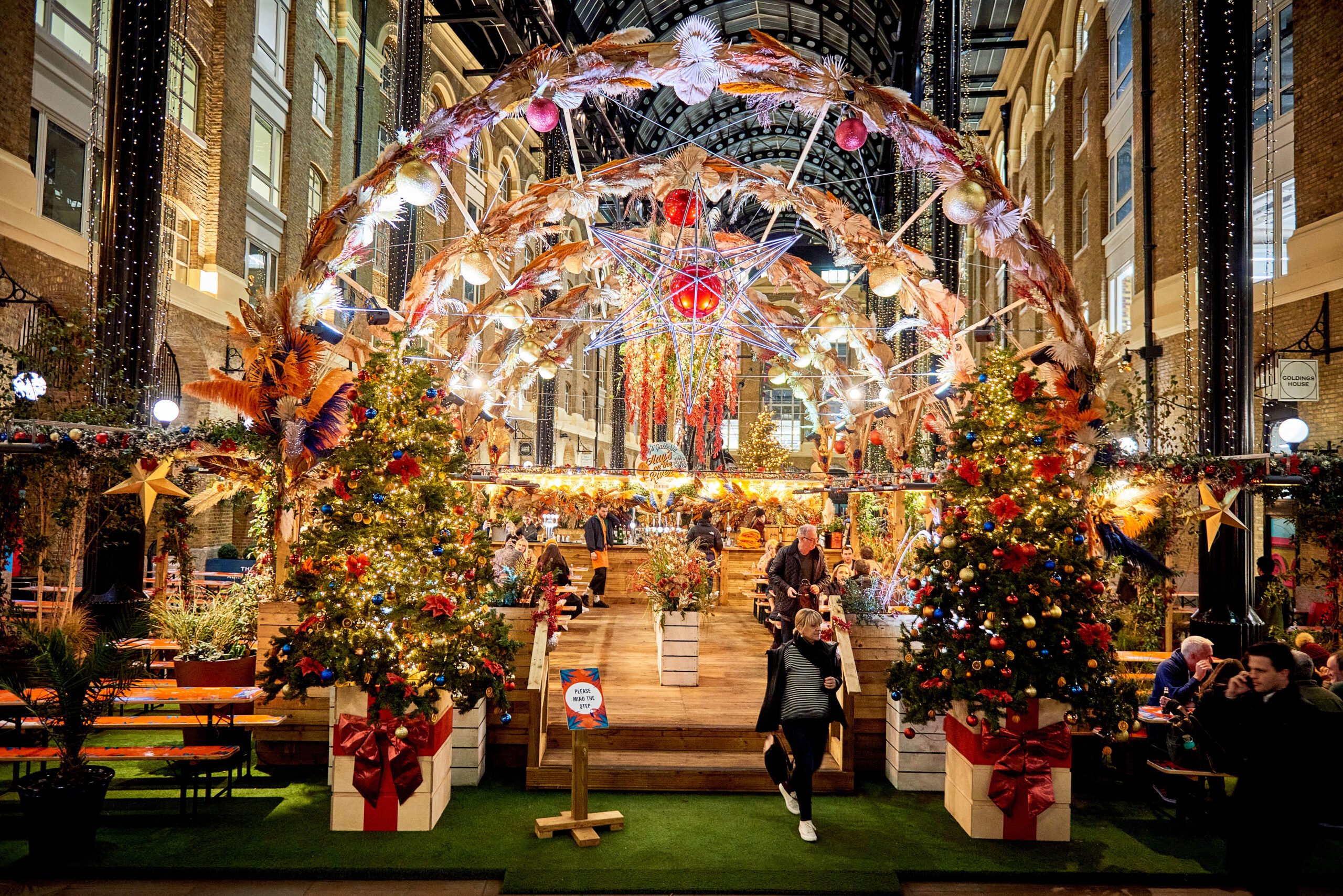 The theme this year is Festive Tales, and they’ve added a few “woodland guardians” along the river – that means illuminated figures of robins, foxes, and stags that seem as if they were plucked straight out of a winter lights show. There are even plans for a few festive film screenings, workshops, and events taking place in both the chalets and in ‘The Scoop’ next to the Mayor’s office, which will have its own giant Christmas tree, too.

Frankly, it’s a lot to mull over.

NOTE: Christmas By The River is running from now until January 2nd, 11am-9pm (10pm Fri/Sat). You can find out more at the website right HERE.

Like festive shopping? Here are the best Christmas Markets in town…

Christmas By The River