Circus 1903 is thankfully not the sequel to one thousand, nine hundred & two previous shows – but it has been around for a spell.

After originally launching as a touring show in 2017, and taking on acclaimed stints in Vegas & London, now it’s coming back to town, and will be settling into Royal Festival Hall for a two week stint over Christmas & New Year.

The show itself channels the ‘golden age of circuses’ (which, we assume, was circa 1903). Costumed performers tumble onto the stage, and erect a big top tent before your eyes. A top-hatted ringmaster bellows out to the audience as acrobats, contortionists, knife-throwers, strongmen, and trapeze artists do their marvellous things. It all harks back to the time before political correctness went absolutely haywire, and demanded, ugh, an end to unnecessarily life-threatening stunts. There are no safety nets. They throw real knives. They’ve even added brand new acts which they quite seriously ask you not to try at home. 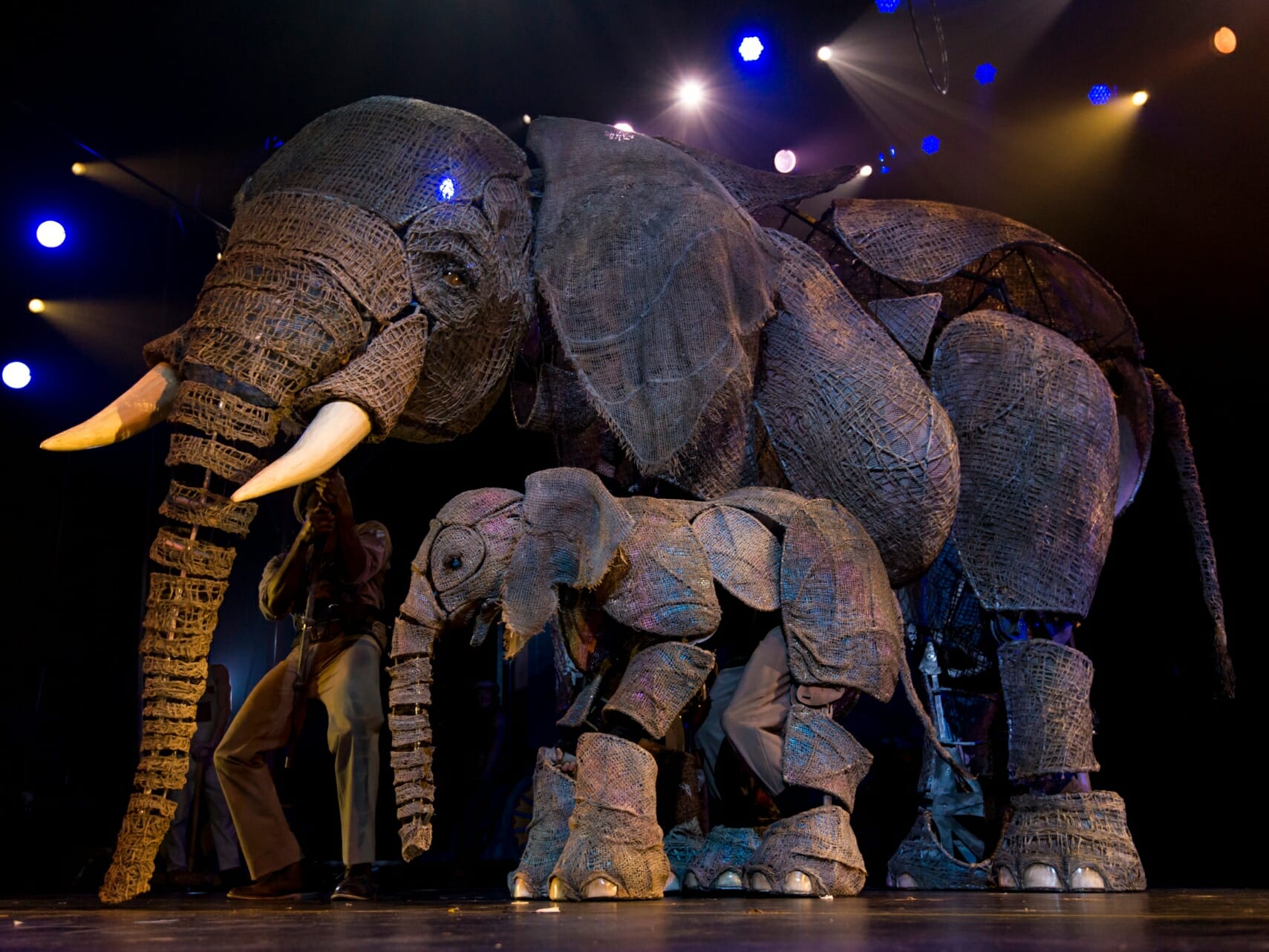 The real showstoppers, though, are the elephants: a pair of life-size puppets from the team behind War Horse. They’re every bit as stunning, and strangely lifelike as you would hope, and without the very real fetters that very real elephants would have suffered, they create a considerably more enchanting spectacle.

It’s old-fashioned, it’s charming, and it’s got performers who have spent literally decades perfecting their acts. And like the circuses of old…

Looking for a pre-theatre dinner? Take a look at these great South Bank restaurants