Curling: the polarising game that turned ‘sweeping the house’ into a legitimate Olympic sport…

If you rate yourself as a bit of a undercover curling maestro or have been eagerly waiting for an opportunity to try it out ever since the Beijing Winter Olympics ended earlier in the year, then we have two pieces of great news for you: 1) Club Curling has returned to Coal Drops Yard for the winter and 2) it’ll be hanging around until the end of next February. 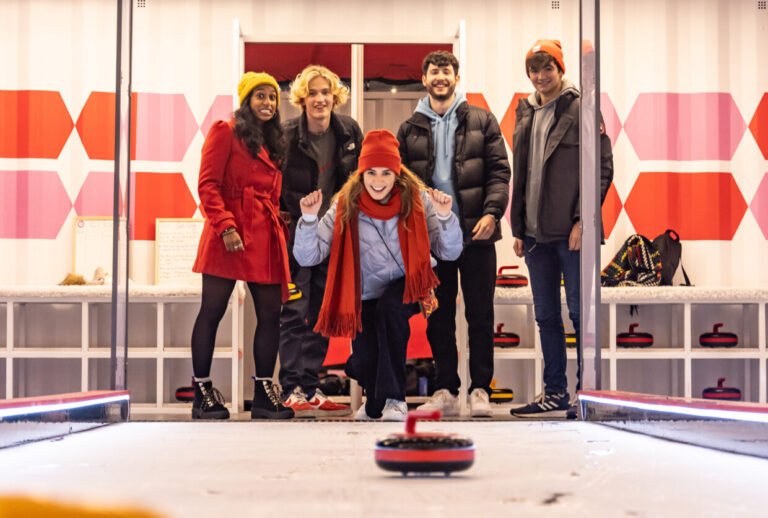 Club Curling has a total of six lanes where, for an hour, you and up to six mates can mimic those athletes you see on the telly for two weeks every four years. The aim of the game, in the most basic of terms, is to try and guide a weighty granite stone as close as you can towards a target (known as the house). Not actually being the Winter Olympics, of course, Club Curling’s simplified the game a little to make it more amateur-friendly: the lanes are lined with fake ice (so there’s no need to actually sweep), but the stones have been fitted with tiny little wheels so that they still skid along. There’s elements of darts, shuffleboard, bowling and even chess involved (it’s often referred to as ‘chess on ice’ due to its strategic side) so if you’re alright at any of those, you’ll be absolutely fine here. 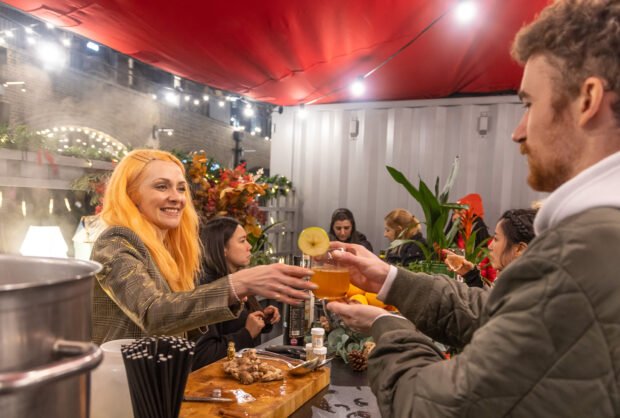 Although curling has always been subjected to a degree of ridicule, it’s taxing stuff, so when the hour wraps up you’ll probably be in need of a drink. This situation is known as ‘broomstacking’; a tradition that consists of going for a few friendly post-game drinks where the loser has to pay – and fortunately, your surrounds aren’t exactly short on watering holes with Coal Drops Yard  and an après ski bar serving hot toddies and alpine cocktails in the vicinity (try Dishoom, The Drop or Vermuteria). This also makes Club Curling a strong choice not just for groups, but dates too…

You’ll sweep them off their feet.

NOTE: Club Curling at Coal Drops Yard is open now until February 26th, every day from 12-8pm. It’s £7pp (free for under 12s with an adult) and you can book on their website, here.

Feeling festive? You could also visit the best winter lights trails in London…