It takes balls to set up a new bingo hall.

…which is exactly what the creative team behind Dabbers (who have also been involved in a plethora of celebrated London happenings, from Musical Bingo and Comedy House Party to Gospeloke) have only gone and done.

Dabbers’ aim is pretty simple: to “replace cups of tea with cocktails; bingo callers with comedians; and dreary prizes with incredible experiences.” But bells & whistle-whetters aside, it’s essentially still a game of bingo, in which you mark off (dab) the numbers on your card as they’re called, then coolly scream ‘bingo!’ at the top of your voice when you complete it.

Here’s how a typical evening will go…

You’ll head to the venue – located in the shadow of The Gherkin – and waltz into the memorabilia-filled lobby area on the ground floor, confidence brimming as you remind yourself that success in this arena is entirely down to luck. After grabbing your Bingo Card from a staff member you’ll head to the bar, choosing from a fine selection of inhibition enfeeblers. Specifically we’re talking cocktails (including a Wham bar-infused vodka spritz, as well as dozens of other classics), 4-pint pitchers of beer (they’ve got BrewDog’s Punk IPA & Lost Lager), and some reasonably priced bubbly. 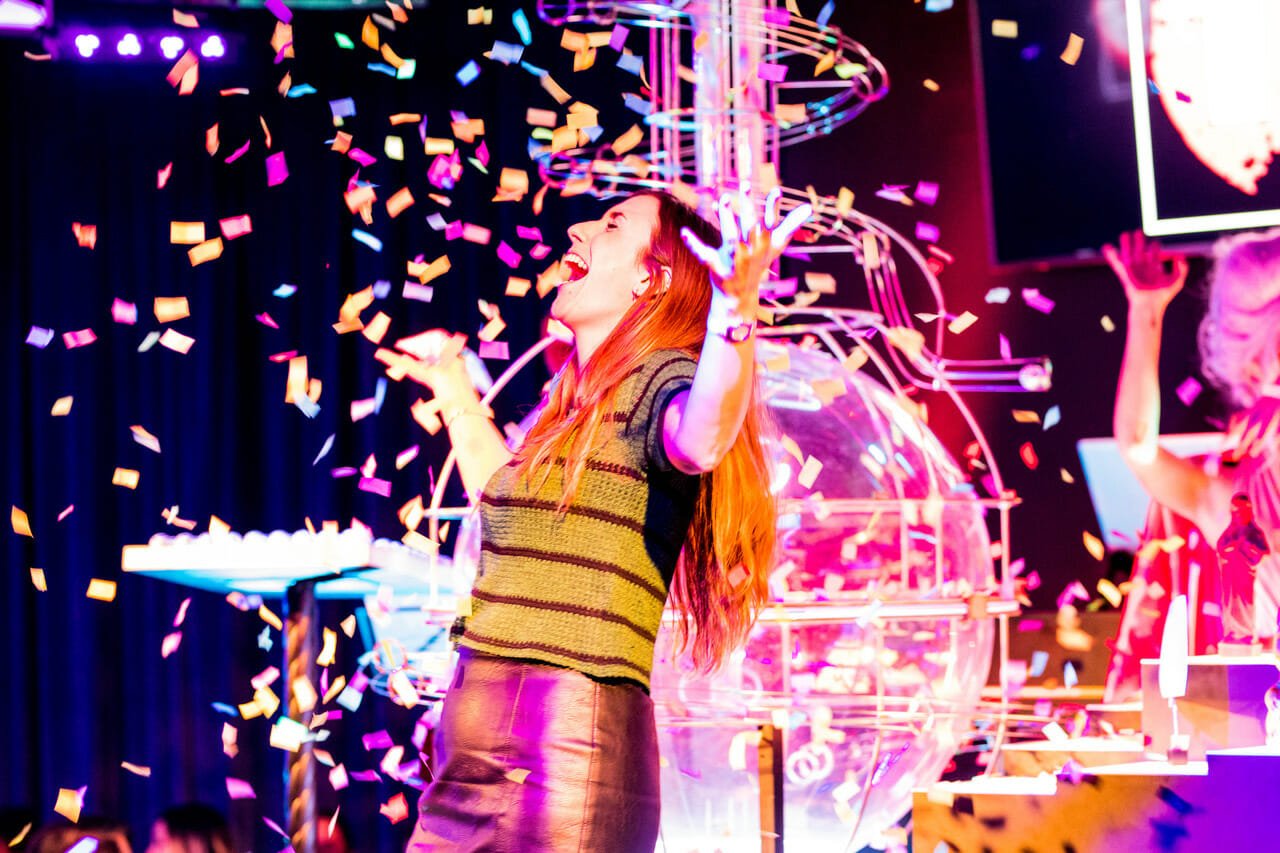 Suitably buzzing, you’ll then head downstairs into the main bingo hall and grab a seat at either one of the social bingo tables – designed to encourage a little conversation with strangers – or a more intimate banquette table on the sidelines. There are even a few exclusive ‘Baller Booths’ available for hire. And then the fun will begin: each night has a new themed game, from old school Vintage Bingo, to UV-soaked Disco Bingo, to a Bingo Voyage in which the main prize is a weekend away.

If you’re feeling a little peckish, they have a food menu that’s basically themed around ‘what’s delicious and doesn’t require crockery?’ – so expect tacos, burgers, chicken wings, and sharing bags of donuts (plus bacon jam to dip).

If you’ve never played bingo before (likely) and feel like you’d like to know how it’s done before taking a crack at it (also likely), then fear not: the rules and techniques are always fully explained before each game….

So you’ll be a dab hand in no time.

NOTE: Dabbers is open Wednesday-Saturday, and reopens on 11th September. Tickets start from around £16pp, depending on where you sit – to find out more, and book a table, head HERE.

Like booze-fuelled games? Then head on down to one of London’s best activity bars…