Turns out, the future’s not orange.

It’s really more of a hot pink, with parallel lines shooting off into the unknowable expanses of infinite space.

That’s according to 180 Studios, at least, which is about to unveil a sprawling exhibition of audio-visual art inspired by our ‘near future’.

What does that mean? Well, probably not an awful lot, realistically speaking. But it is a great excuse to bring together some seriously cool, futuristic artwork from some of the most exciting artists in the genre, including Ryoichi Kurokawa, Lawrence Lek and Caterina Barbieri. 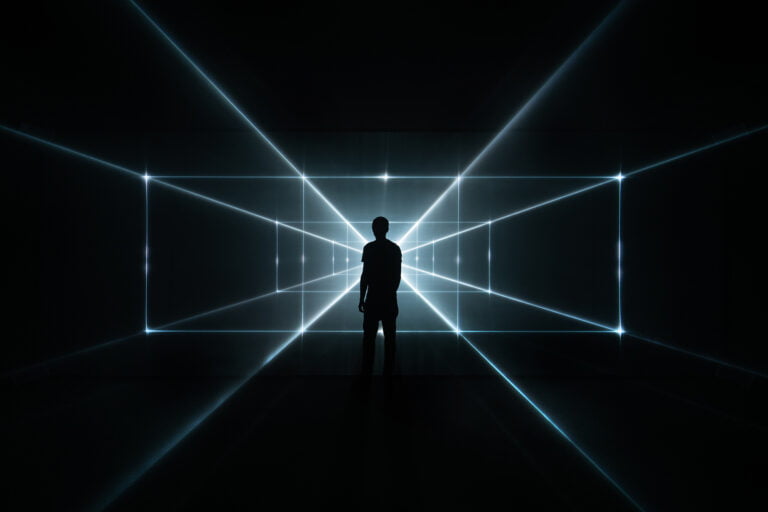 180 Studios is housed in an iconic brutalist office block on the Strand, and has built a bit of a name for itself in hosting large-scale, immersive, ‘new media’ artwork. Future Shock comes off the back of a wave of earlier exhibitions like Lux, Other Spaces, and Ryoji Ikeda’s solo show, whose installations involved some mind-blowing video and light projections. With its subterranean warren made up of vast, concrete-lined spaces, it’s a pretty atmospheric setting for boundary-pushing, high-tech art. 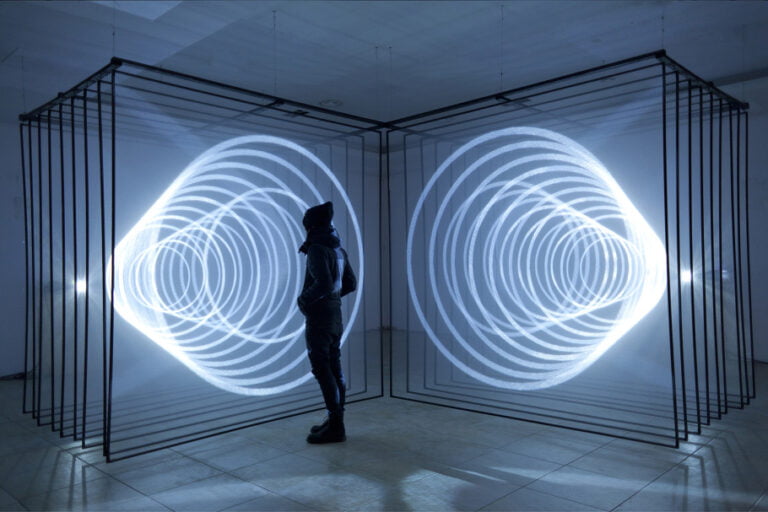 So, who’s on the bill this time? Among the 12 artists exhibiting you’ll see work by Weirdcore, who are creating a labyrinthine maze of their own subconscious accompanied by an Aphex Twin soundtrack; the return of UVA’s Vanishing Point, which uses lasers to create 3D perspective lines; and the UK premiere of Nonotak Studio’s disorienting Daydream (you know when you look into a mirror at another mirror? This is like a digital version of that). That’s in addition to work by other top-tier studios like Gener8ion, Hamill Industries, and object blue.

Looking for some more traditional art? Check out what’s on at every art gallery in London right now.

Got A Tip? Email Edi[email protected]