Creating Tough Mudder can’t have been easy for Will Dean.

It must have often just felt like one obstacle after another…..

But his pioneering mud-run is now one of the most popular races in the country… so naturally he’s turning his attentions to something new. Specifically, a digital gaming experience that sees you and your friends take on classic arcade-style challenges inside a trippy, projection-filled tech pod.

Together with his partner David Spindler, he’s launching Electronic Theatre – a venue that somehow combines the high-tech bits of VR bars like Otherworld, with all the animated camaraderie of something like karaoke. 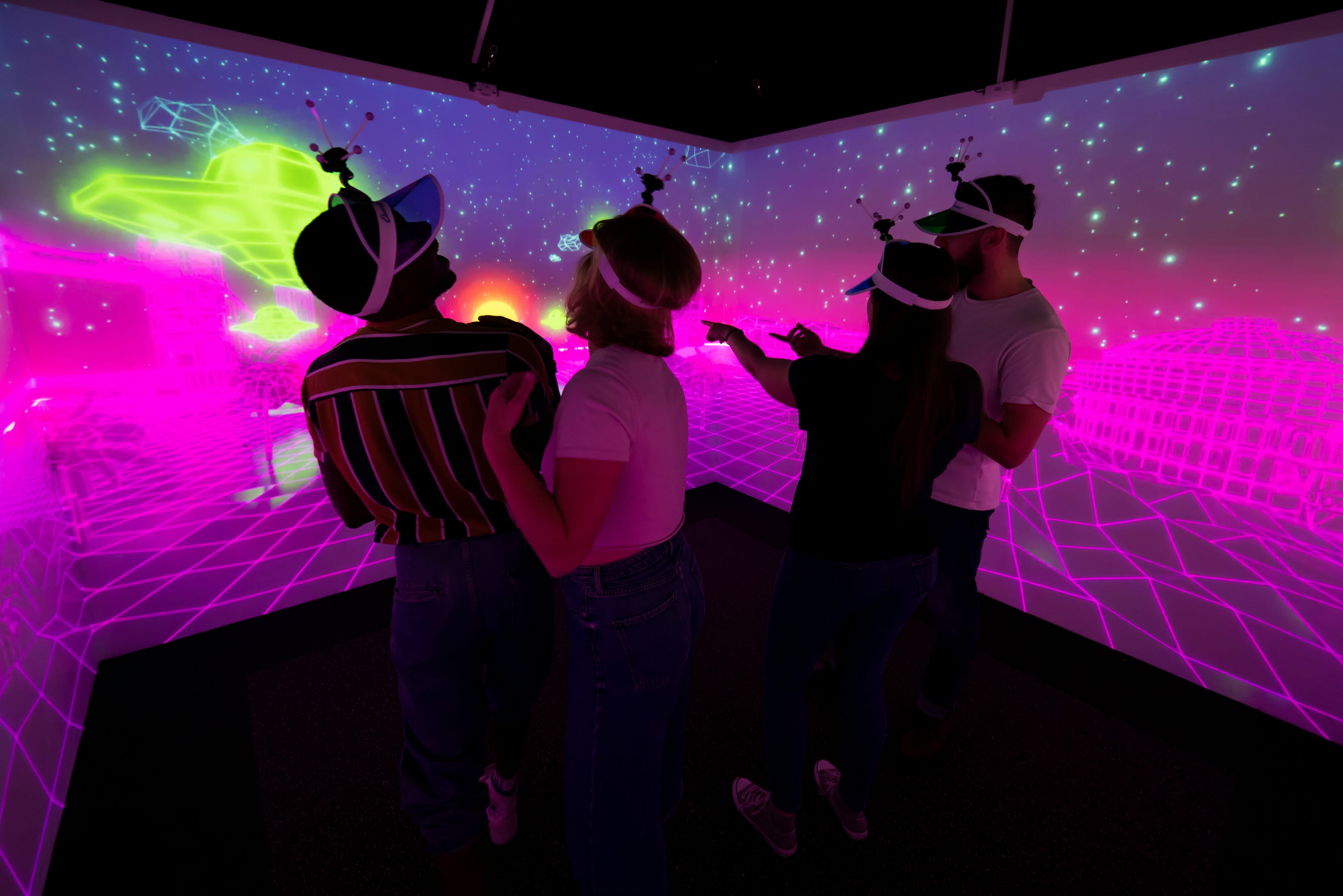 Their debut venue is tucked into a railway arch by Southwark station, and houses eight different digital rooms – or ‘LightBoxes’ – for teams of up to six to play in. Inside are four walls of projection-mapped touch screens, which respond not just to hand contact but your movements, too. That’s all taken care of by the visor you’ll be wearing, equipped with ping pong ball-like antennae that make you look a bit like the cooler, more slender Teletubby.

There’s just one game at launch (lasting either half an hour or an hour) but it includes several sub-games within it. Called Alien Aptitude Test, it takes you back to 1984 – specifically the bit when aliens called the human population up to compete and prove their worthiness. You’ll be put through your paces through a series of arcade-style games, including a Pac-Mac clone & a Pong-style number, and you’ll have to use your own body movements to play. The games are very team-oriented, and you’ll all be graded as you go (on categories like ‘Agility’ and ‘Mental Grit’), with a final team score tabulated at the end.

Of course, there are a bunch of other games in the pipeline; coming this November is Rescue the Royals, set in the year 2026. Britain has lost the monarchy and thus, inevitably, has become a giant game show for the benefit of an American live streaming channel. The Queen’s being held somewhere in Scotland, and it’s up to your team – plus your host, Hamish Macbagpipe the flying Scotch robot – to get her back to safety.

…and it’ll be curtains.

NOTE: Electronic Theatre is open Tuesday-Sunday. You can find out more, and book a slot (from £20pp), right HERE.