EVE was founded by married couple Emily and Dann Read, who have been fighting outside of the ring to increase the status and popularity of women’s wrestling. Alongside running these events, they also head up the EVE Academy in Bethnal Green, which offers friendly training sessions for anyone who identifies as female and wants to try their hand at the sport. 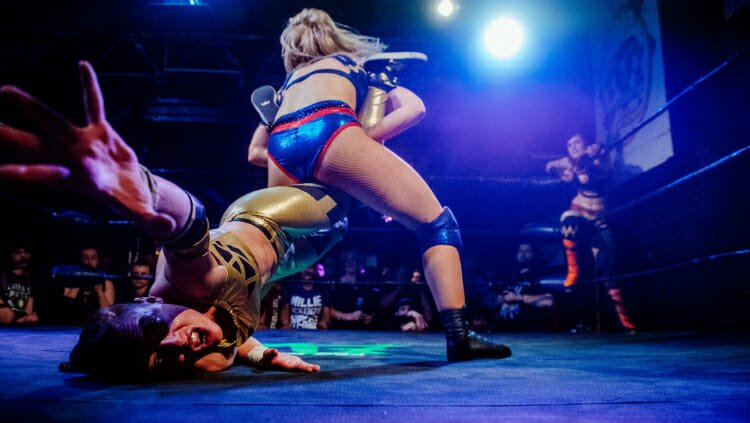 Their next tournament, Wrestling with an Agenda, will be taking place at the home of the academy, The Resistance Gallery, on 14th September. It’ll be a theatrical, flamboyantly costumed night, with the Riot Grrrls busting out gravity-defying moves and dramatic stunts in a bid to become the next EVE wrestling champion.

Just make sure you book ahead…

…they’ll want to punch your ticket.

NOTE: EVE Riot Grrrls of Wrestling Present: Wrestling with an Agenda takes place on 14th September at The Resistance Gallery in Bethnal Green. Tickets cost £27.39, and can be purchased HERE.

Adrenaline junkie? How about the world’s fastest city zip wire?