Pop up cinemas tend to roam from one interesting location to another.

Truly, they are moving pictures.

And in the festive season, they tend to be quite cozy and magical too. So we’ve rounded up a selection of the very best temporary movie theatres in the city for you to get your festive fix at… 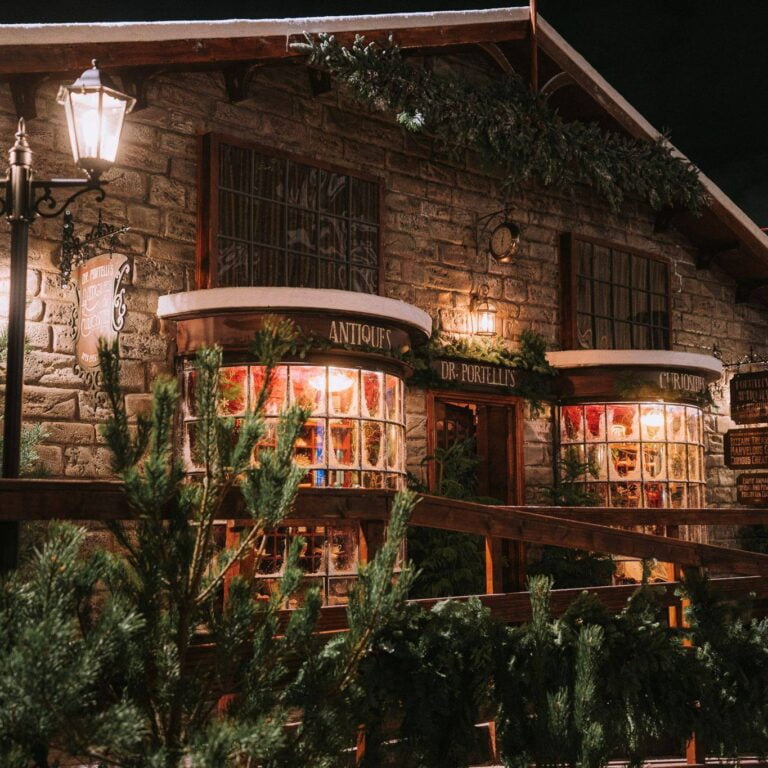 Since opening in its first permanent location in 2019, Backyard Cinema’s themes have become increasingly elaborate. Over Christmas, you’ll need to venture across a miniature lake surrounded by snow-dusted firs or navigate your way through a fairy-lit forest maze before reaching the screening rooms (themselves decked out with lights, foliage and other festive decor). Then you’ll get mulled wine, festive snacks, and a lineup of solid gold Christmas movies. READ MORE 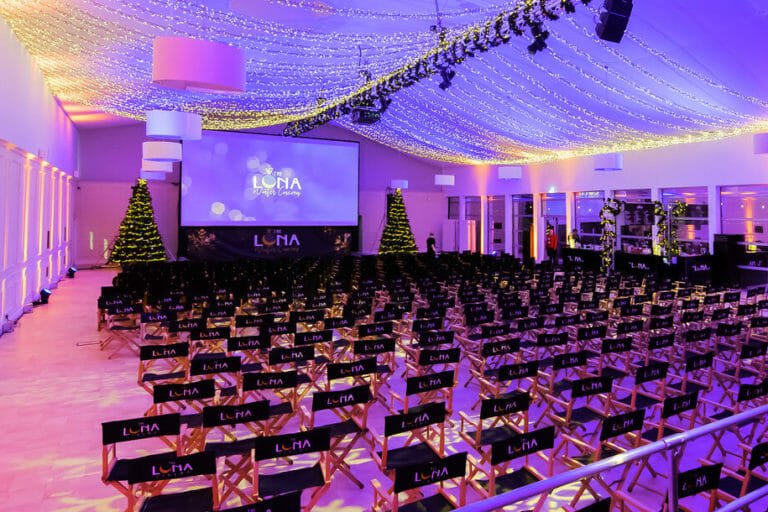 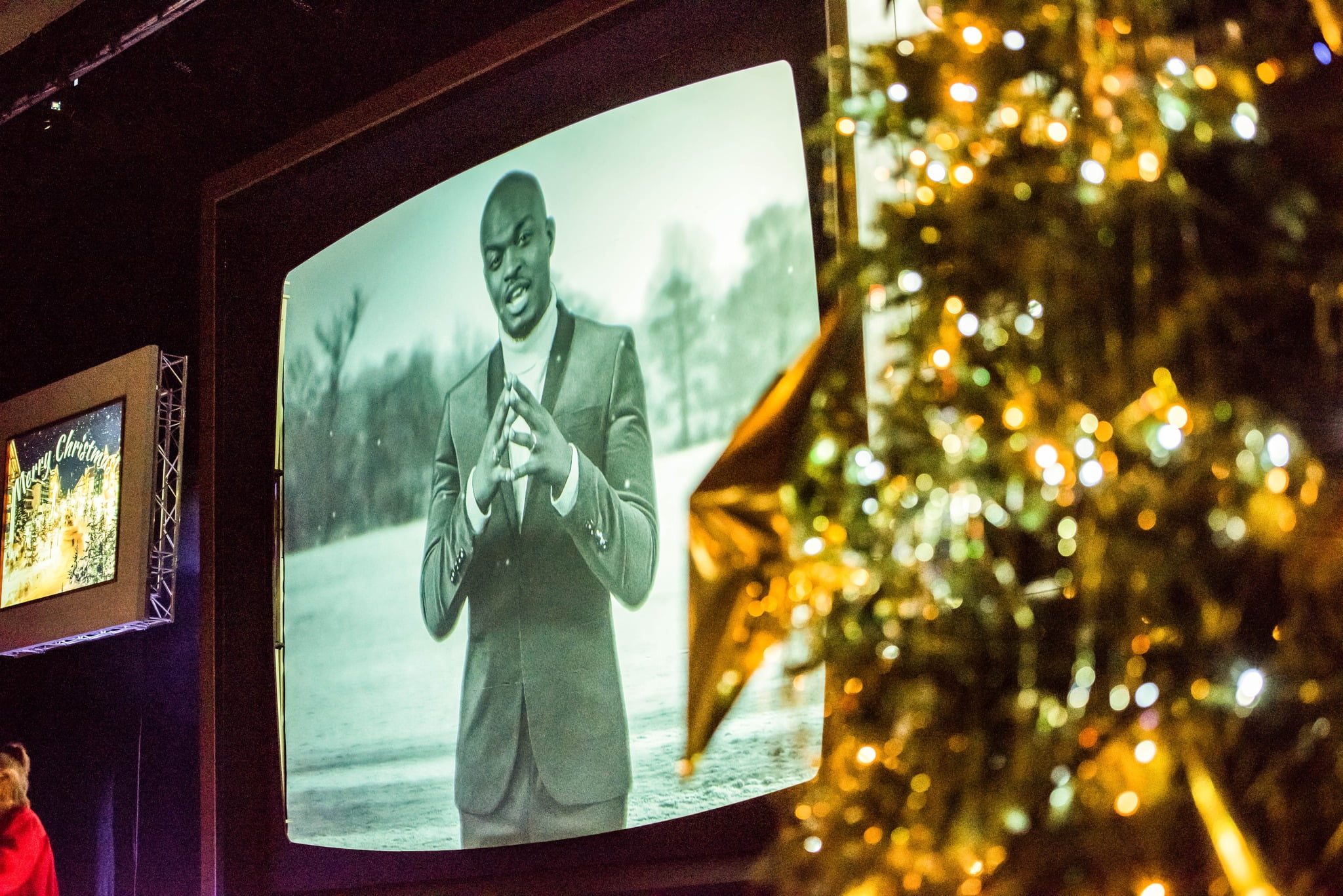 This year the Backyard Cinema team are also popping up at 1930s Limehouse gem, The Troxy, screening festive classics alongside live soundtrack renditions with a full choir; Christmas readings from spoken word artist George The Poet; and a ‘non-stop dance party’. And that’s before the film even starts. READ MORE 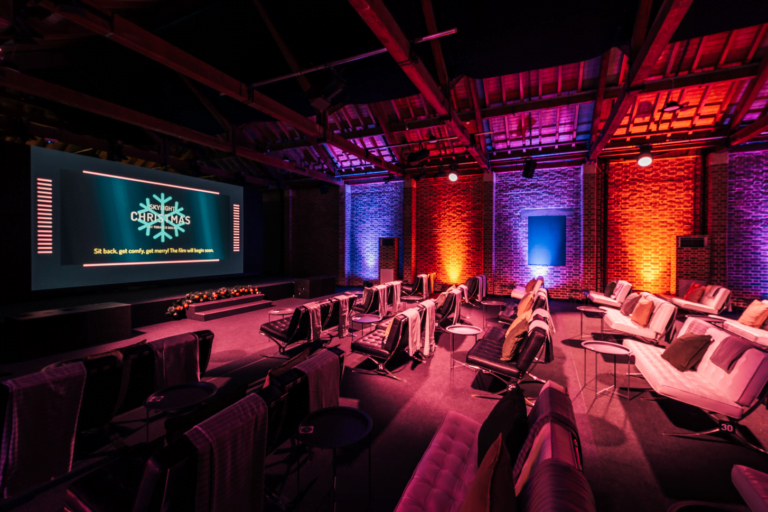 Skylight is spilling over its rooftop this year and into Tobacco Docks, taking over a cavernous space in the 200 year-old warehouse and filling it with atmospheric lighting; Christmas trees; retro sofas with blankets, cushions and side tables; and a line-up of festive classics – served alongside themed cocktails, of course. 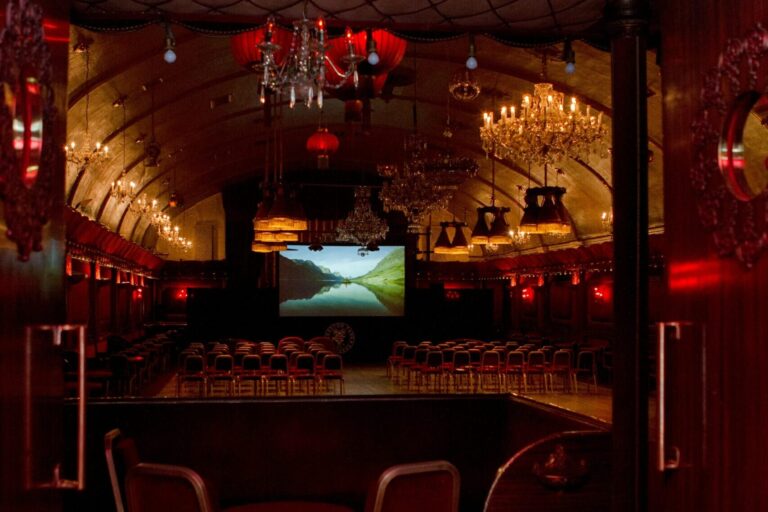 London’s last remaining 50s ballroom doesn’t play host to a lot of ballroom dancing these days. It does, however, screen a lot of films – and for the winter season they’re loading the slate with Love Actually, Elf, Home Alone 2 and Die Hard. There’s a full bar, too, and snack stands serving hot dogs, popcorn and ice cream. 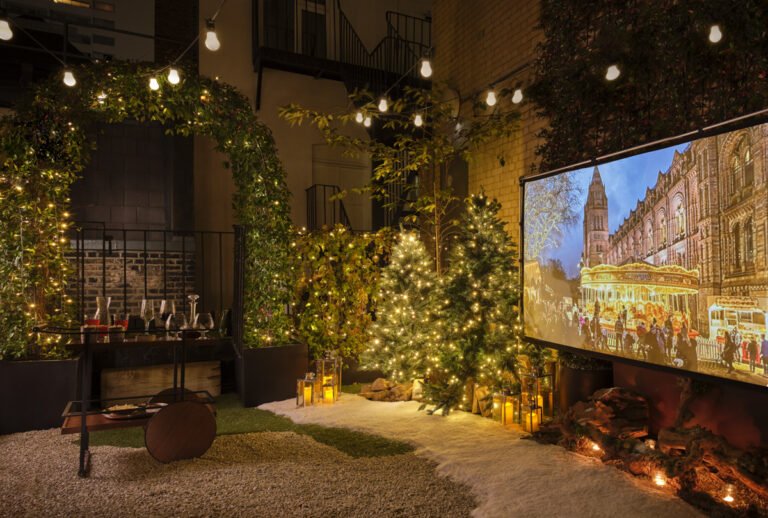 It is a truth universally acknowledged that a central London spot in possession of a good rooftop, must be in want of a festive cinema. So it makes sense that this hotel’s created a ridiculously cosy nook among the chimneytops, seating just eight audience members a night… READ MORE

Looking for something more permanent? 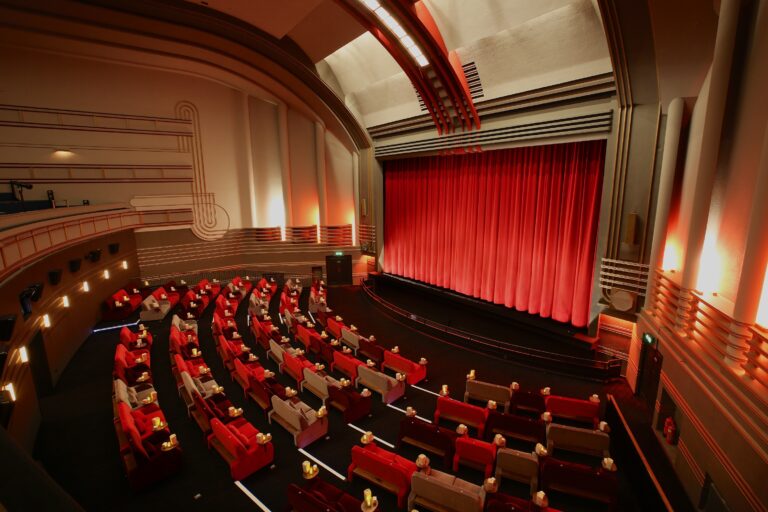 There are always festive screenings – both all-new & classics – taking place at London’s many permanent cinemas. And they’ve just added to their numbers a freshly opened Picturehouse in Finsbury Park (where ALL the seats recline) and an all-new Everyman in the Borough Yards development with a top-shelf selection of food & drink…

Want some other festive stuff? Check out your Christmas Agenda…