For nearly four years, England has been under German occupation. The country is plagued by swastikas, jackboots, and punctuality. And it’s your job to make us Hans-free once again…

Welcome to For King and Country 1944, the sequel to the similarly named immersive experience that debuted to riotous acclaim last year (and hopefully makes for a better sequel than WW2 did). It comes to us from the same team as the original – Parabolic Theatre – and will be set up in the same space at the COLAB Factory in London Bridge, which could easily pass for a ’40s time capsule.

You’ll play a member of the British Resistance, hoping to shake off the flawlessly engineered shackles of ol’ Jerry once and for all, by coordinating with a D-Day style Allied invasion force in Ireland. But like the real D-Day, everything hinges on a few crucial details going exactly right. So, no pressure, or anything. 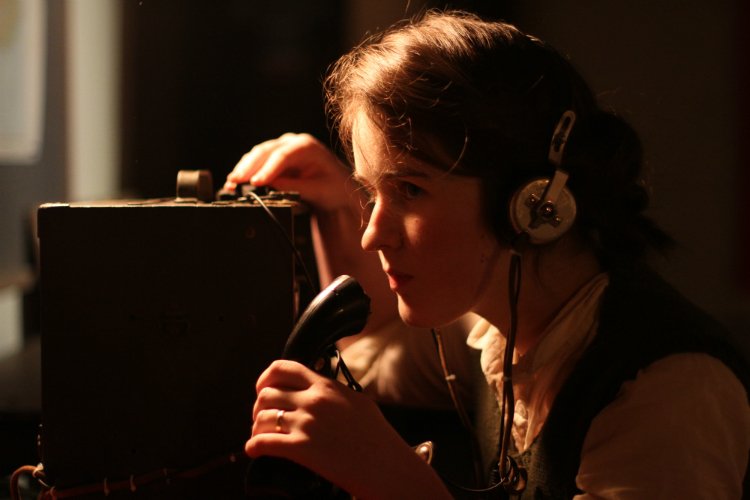 Like the original, they’ve left plot details scant – partly to keep things unexpected and tense, and partly because there literally is no script. The actors are simply so immersed in the real & invented history of the era that they’re able to comfortably ad-lib any scenario or narrative path that you end up taking them down, depending on the choices you make.

Because of this, every night will be different, but nevertheless a few things will remain consistent: each member of the audience will be pressed to make a key decision at some point. They’re all framed to provoke debate, and they’ll pull the rug from under your feet more than once.

And if you really want to push the boat out? On weekends, you can go to both For King and Country 1940 and 1944 in the same day, thanks to sequential showings. So whichever side comes out victorious…