But that’s not the case when it comes to a certain Southern Irish city’s own Franciscan Well brewery, who’ve been making craft beers there for the past two decades. And to celebrate that milestone, they’re letting the booze flow at their pretty spectacular-sounding “Beermondsey” Street pop up for three days this month.

They’re going to be transporting people back to Cork itself by essentially recreating the city within the walls of the Bermondsey Bar & Kitchen: as you enter, you’ll pass under the specially designed “archway to Cork”, before coming into a space with walls redressed as actual Cork shopfronts, peppered with beer barrels and rounded out with Irish-themed details. 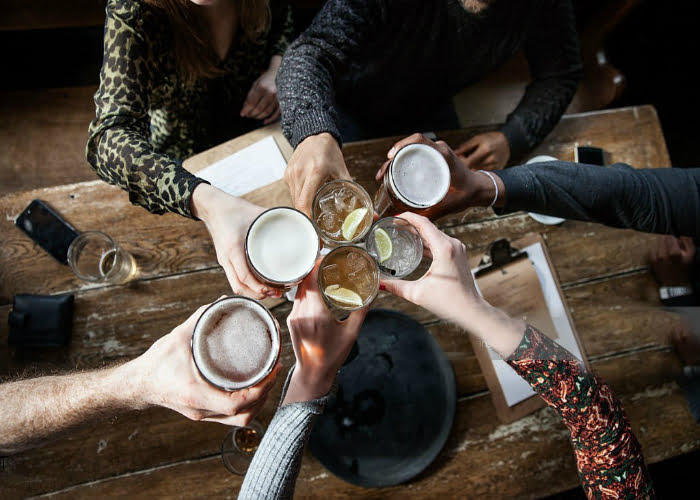 Adding to that ambiance, they’re also enlisting a live Irish band – The Peppered Aces – to throw in some authentic sonic atmosphere, and some Irish games including Cork Monopoly. There’ll even be a quiz (based on the brewery’s fun facts that bedeck the walls)  in which you can win a weekend for two in Cork itself.

Oh, and let’s not forget the most important part of all of this: the beer. They’ll have their Rebel Red ale, Chieftain IPA, Friar Weisse and Shandon Stout all on offer, as well as pizza pairings for all of them: expect smoked speck ham, Napoli salami, and fennel sausage to marry with their ale; some hearty chorizo to go toe-to-toe with the flavourful IPA; little truffle & mushroom to enhance the smokiness of their stout; and some sweet peppers to bring out the clove flavours of their weisse.

Hell, if they keep this up… there’ll be no stopping them.

Like Pop Up Bars? Head on over to see the best in London.